Plus: the geese freed after days frozen in icy blocks, the B.C. sea sponges with COVID-blocking superpowers, the bald eagle saved by groundbreaking surgery, and the danger migrating beavers pose to the North

It’s a perfect 10! Whale researchers are feeling optimistic after already recording 10 North Atlantic right whale calves off the coast of Florida and Georgia this calving season (right whales have their calves between mid-November and mid-April). Every baby born is great news given that the right whale population is estimated at just 340 individuals with fewer than 100 of those potential mothers. Though right whale populations have been on the decline for decades, that decline has shown signs of slowing in recent years. One of the biggest threats to the whales is entanglements with fishing gear as they migrate north to Canadian waters — the federal government has implemented seasonal and temporary fishing area closures in the Gulf of St. Lawrence, the Bay of Fundy and other critical habitat areas where whales have previously been sighted. Track the baby births through the New England Aquarium’s blog posts detailing each baby spotted and a fascinating history of its mother’s life.

Canada geese may be even more indestructible than we thought. For three days, two of these notoriously feisty birds were frozen to the ground, victims of the “Nightmare before Christmas” winter storm that swept through Southern Ontario during the holidays. Four passersby found the geese in the lakefront community of Crystal Beach Fort Erie, O.N., one of the locations strongly impacted by the storm. The geese were likely caught in the flash freeze after spray, caused by hours of crashing waves saturated, the birds’ wings, eventually encasing them in ice. The group of four used a hammer, chisel and hatchet to remove the ice, eventually freeing the geese after about 40 minutes. One of the individuals, Nigel Hay, was in the area documenting the abnormal weather and was able to capture the rescue on video. The two birds were brought to a family member’s farm by one of the rescuers, where they’re being fed and looked after alongside a flock of free-range chickens. “Right now they’re in a safe location. If they decide they’re strong enough to fly, they can run up and they can just fly over the fence and they’ll be gone,” says Hay.

Sponges may be the simplest animal in the animal kingdom, but they’ve got a lot going for them. They’ve provided inspiration for beloved pineapple-dwelling cartoon characters. They play a key role in ocean ecosystems, acting as producers and water filters — B.C.’s glass sponges can filter the whole of Howe Sound in one year. And now, researchers have found that one B.C. sponge can block COVID.

The University of British Columbia team examined 350 compounds derived from plants, fungi and sponges in order to discover new nature-based drugs to fight COVID variants. The research aimed to “unravel the important possibilities of biodiversity and natural resources,” according to study author François Jean, associate professor at UBC.

The researchers bathed human lung cells in various chemical compounds, then infected the cells with a fluorescent green COVID variant. The team found 26 compounds that completely reduced viral infection in the lung cells. And of these compounds, the three most effective were found in Canada: bafilomycin D from a marine bacteria in Barkley Sound, B.C., holyrine A from marine bacteria in Newfoundland and, of course, a sponge from B.C’s Howe Sound.

While this exciting news hails the superpowers of sponges, care must to be taken to ensure these solutions are sustainable. For some species — like horseshoe crabs, whose blood carries special properties — pharmaceutical demands are pushing them to the brink.

Like all superheroes, with great power comes great responsibility.

Two years ago, Buddy the bald eagle arrived at the Atlantic Veterinary College (AVC) in Charlottetown with severe injuries to his head and spine. He was unable to even stand. After becoming only the second bird in the world to receive surgery for a spinal cord compression, he flew to his new perch at his new home with his own two wings.

When Buddy was rushed to the veterinary college in P.E.I. after presumably being hit by a car, he wasn’t given much chance to live — veterinarians considered euthanasia. However, after identifying a spinal fracture, a decision was made to try the basically untested procedure.

“It was maybe done on a penguin like 20 years ago, but there were no real papers on it,” says AVC wildlife technician Fiep de Bie, who has cared for the bird since its arrival at the centre.

Within a week, Buddy was walking. A release into the wild was never on the cards due to long-term damage limiting the eagle’s ability to fly long distances, and eventually the decision came to find him a permanent home.

On January 6, a group of staff and students assembled to take Buddy to his new home at Hope for Wildlife in the Nova Scotia community of Seaforth. Mi’kmaw elder Junior Peter-Paul performed The Eagle Song for the group before the eagle’s departure from Charlottetown. Buddy will now take on the role of ambassador, eventually taking visitors and helping to educate on driving safely in the presence of wildlife.

“Good-byes are not a thing to us as Mi’kmaw people,” said Peter-Paul. “I’d much rather say, ‘Ne’multes — See you later.'”

Beavers have been expanding north for decades, and have now been find in Nunavik, north of the treeline. Their presence is a pressing issue for both Inuit and wildlife.

Due to climate change driven temperature increases, beavers are moving fast to adapt and survive. Warmer temperatures up north have led to the “shrubification” of places like Umiujaq in Nunavik, making the area more appealing to beavers. For beavers, this has meant a gradual move north in order to stay in an environment suited to their needs. However, where beavers go, dams follow. This can have negative consequences — particularly on Arctic char, according to Inuit-led research by the the Nunavik Hunting Fishing Trapping Association.

Beaver dams prevent proper water flow into the lakes, and prevent Arctic char from migrating. Unlike salmon, they lack to strength to overcome obstacles such as dams. According to Eddie Kumarluk, manager of the Nunavik Hunting Fishing Trapping Association, this has had a big impact on the community’s ability to catch char.

Part of the effort to solve the issue has included securing funding to dismantle the dams and aerially surveying Umiujaq by drone. There also efforts ongoing to bring a Cree elder to Umiujaq to teach the community how to control its growing beaver population. 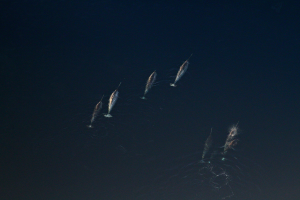 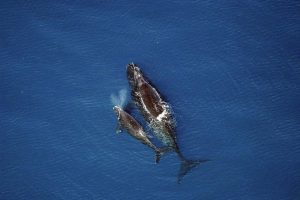