Beavers are famous for their buckteeth and large, flat tails. These two well-known features aid beavers in their lives from day to day.

The beaver’s teeth never stop growing. Chewing on tree trunks and branches helps keep the teeth from getting too long. A beaver’s front teeth stick out in front of their lips. That way, beavers can cut and chew underwater wood without getting water in their mouths. Beavers have a coating on their teeth that contains iron, which helps prevent tooth decay.

A beaver’s paddle-shaped tail is black and scaly. In water, it functions like a boat rudder, helping steer the beaver as it moves logs to its dam.

Beavers are builders! They spend much of their time building and maintaining their houses: dams and lodges—large dome-shaped piles of branches in lakes, rivers and larger streams. Beavers access their lodges through underwater entrances, which lead into dry living areas.

As the colder months approach, they spread a thin layer of mud on top of the lodge to keep out any predators, such as lynx and wolves. If a beaver feels threatened, it will slap its tail on the surface of the water to warn other beavers in the area, then it will dive deep underwater to stay safe.

Beavers can be found around lakes and streams all over Canada. In the past, beavers were over-hunted for their fur and meat, threatening the population. They have come back, however, thanks to wetland rehabilitation and other conservation efforts.

Average weight: Can weigh up to 32 kilograms

Beavers have clear membranes over their eyes that help them to see underwater, like goggles.

The beaver was made an official emblem of Canada in 1975 in recognition of the importance of the fur trade.

The beaver has long been an animal of importance to First Nations in North America, and beaver pelts formed the basis of trade with European settlers starting in the 1530s. 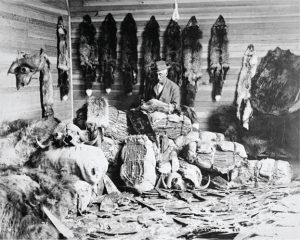 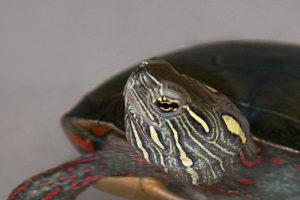