Robotic lobster noses could soon be sniffing out oil spills

Scientists are finding lobsters are more than just a delicious meal for seafood lovers.

Lobsters have the ability to sniff out particular chemical odours from both the air and water. Using the lobster’s incredible sense of smell for inspiration, scientists believe they can create autonomous robots with “electronic noses” that can potentially reach the same conclusions as a real lobster nose would.

If they’re successful, scientists are hoping the robotic lobster snouts can be used to find potential oil spills in the ocean and detect explosives.

A team of scientists from Stanford University, the University of California at Berkeley and Bowling Green State University is looking at engineering a lobster snout using bio-mimicry, which attempts to draw out ideas and information from ecological and biological processes to achieve a similar result using technology.

“The idea is to study the animal behaviour to see if we can learn from them how we might replicate that behaviour in an autonomous robot,” says John Crimaldi, an associate professor at the University of Colorado who is a member of the research team.

Lobsters flick their antennules to sniff what is around them. As water moves against the antennules, it brings chemosensory hairs on the ends of the antennules in contact with odour molecules. These hairs then contain small but important details of the chemical odour plume.

“One of the things that we’ve done is try and quantify the details of the spacial and temporal patterns that you see in a chemical odourant plume,” Crimaldi says. The team is working on taking this data and translating these patterns into a usable robot.

“The idea would be that we could use those types of algorithms to program a robot that had an electronic sensory organ — an electronic nose — to perform the same types of tasks [as a lobster nose].” 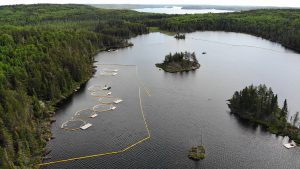 As the federal government considers the fate of proposed pipelines, a unique science experiment aims to understand the consequences of an oil spill in a freshwater lake 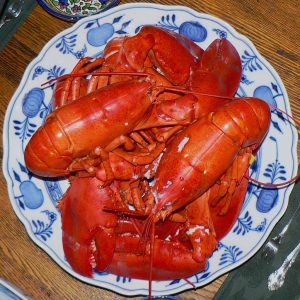 From beer to ice cream, here are some lobster-based edibles to spark your curiosity, if not your taste buds