Ela Kinowska laughs when she recalls what inspired her to celebrate Canada’s 150th birthday by travelling with a couch.

For years, she says, she had nagged her good friend Peter Sobierajski about wanting to buy his stylish red leather couch. Then, one day in 2013, Sobierajski turned up at her Chelsea, Que. home with the couch and told a surprised and delighted Kinowska, “Here, it’s yours.”

With the country’s sesquicentennial approaching, the photographer and documentary filmmaker, whose previous work has explored questions of identity, began thinking about the kinds of conversations that happen on a couch, and what Canadians might say if invited to sit down and speak their minds.

Fast forward four years, and a Winnipeg-made replica of that original couch, embroidered with the Canada 150 logo, is about to embark on a two-month, 42-city cross-country tour. Along the way, Canadians will be encouraged to sit on the couch and share a story on camera about what Canada means to them.

“The idea was a bit out of the box,” Kinowska admits, but the Government of Canada granted her and Sobierajski $200,000 from the Canada 150 fund to travel the country and create a film archive of Canadians’ views about the country and themselves on the occasion of the sesquicentennial.

For Kinowska, who came to Canada via Norway from her native Poland 27 years ago, it’s a chance to give something back to the country that has given so much to her.

“Both myself and Peter, we came here with our respective families to look for a better life and to make our dreams come true, and here we are,” she says. “We hope to create a legacy to pass on to the national archives, so that 50 years from now, when we have Canada 200, people will look back and see what we were like 50 years ago.”

The couch has already completed a tour of the territories and Labrador, where the team conducted interviews in the middle of the Inuvik-Tuktoyaktuk ice road, took the couch dogsledding in Iqaluit, and even attached runners to it and took it tobogganing in Dawson City.

Starting July 3, the couch will travel first through the Maritimes and Newfoundland, then backtrack through Quebec and northern Ontario and head west, wrapping up the tour in Kamloops, B.C. on August 23.

The adventurous spirit of the project has also captured the imagination of some outside Canada.

Daniel Fontaine, who hails originally from Martinique but now lives in Paris, was captivated by Canada on his first visit in 2005 and longed to come back and explore further. When he read about the Red Couch Tour on the Canada 150 website, he knew he had to be a part of it. He will travel with the couch this summer, helping with social media and tour logistics.

“This project was the best way for me to meet Canadians from every place,” he says. “I’m excited to go farther east, to St. John’s. I was in Victoria before, but I want to be able to say I went from sea to sea.”

Check the full tour schedule to see when the red couch will be coming to your area. 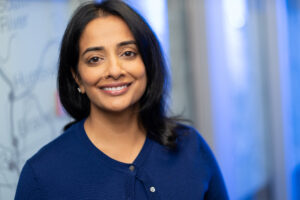