Enjoy the victuals and vistas on the Orford Express, take in the wares of downtown and tackle the nearby ski hills of the Eastern Townships

1. Business:
Sherbrooke may be a hotbed of culinary gems, but the combination of victuals and vistas on the Orford Express train (above) is matchless. The three main gastro-excursions — the early afternoon P’tit Plaisir Gourmand, evening Souper à la Brunante and Sunday brunch — depart just steps from the downtown Lac des Nations promenade. The train wraps around the west shore of Lac Magog before running past the feet of monts Orford and Giroux, and on to the village of Eastman. The return journey includes a half-hour stop in Magog — just enough time for a bracing stroll near ice-bound Lac Memphrémagog. Each trip features its own three-round gourmet feast, but the beef cheek with braised lentils and winter vegetables on the evening run shouldn’t be missed. Reserve early, as seats can fill fast. Between late November and the end of December, trips run Friday to Sunday, at $71 to $112 per adult.
orfordexpress.com

2. Family:
Get in the spirit at the Marché de la Gare, downtown Sherbrooke’s indoor–outdoor lakeside market, where merchants peddle local food, crafts and other artisanal wares year round. During the annual Marché de Noël, or Christmas Market (Dec. 5 to 22, 2013), the promenade sparkles with countless LED lights — about 30,000 of which bedeck one of the biggest Christmas trees in Canada. Take an early evening stroll in the brilliantly illuminated “enchanted forest,” poke through the shops and glide around on the 154-metrelong refrigerated skating path. Cap it off by heading to nearby café and gelateria Savoroso, where a hot wine or decadent gelato-based hot chocolate can be sipped next to an outdoor fireplace. Don’t stop there though — Sherbrooke’s best stretch of boutiques and restaurants, between Rue Wellington Nord and perpendicular Rue Frontenac, is a 10-minute jaunt east and north.
marchedelagare.com

3. Adventure:
You can have it all — Sherbrooke’s cuisine, culture and history, and an abundance of great powder just down the road. The city may be called the “Queen of the Eastern Townships,” but it’s also Quebec’s Appalachian heart. A number of eastern North America’s finest ski hills are just southwest of Sherbrooke. Mont Orford, with its 61 trails and the highest skiable vertical descent in the townships (589 metres), is only a 25-minute drive away. For what is arguably Canada’s best sous-bois (“through the trees,” or glades) skiing, make the onehour journey to Mont Sutton (right), which has a 460-metre vertical drop. Both resorts usually open in early December, weather willing.
orford.com and montsutton.com

A big chunk of Eastern Canada’s finest ski and snowboard country is less than an hour from Sherbrooke, Que., and an extra 20 minutes will take you across the border for even more great powder. These Appalachian ski centres are renowned for having heaps of snow and a nice long winter. Here’s a breakdown of the area’s five main ski resorts: 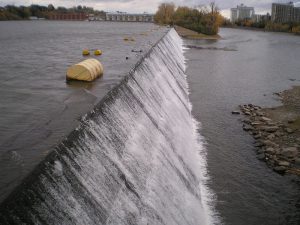