Wildlife Wednesday: can frozen “yogurt” save the little brown bat?

Plus: new K-pod whale is confirmed as female, black lynx identified for first time, goats winning the battle against sheep and the secrets of turtle hibernation are revealed

Will “yogurt” be the cure-all that saves little brown bats, which have been decimated by white-nose disease for more than a decade?

The deadly fungal disease affects hibernating bats, growing on their skin while they’re hibernating. As it grows, the fungus causes changes in bats that make them become active more than usual, which, in turn leads them to burn up the fat stores they need to survive the winter.

The disease already has a foothold in the northeastern United States and Canada, but it has only very recently jumped to the west coast, where Wildlife Conservation Society scientists in Washington State are setting up a pilot project (it launches next spring), spraying bat roosts with a probiotic supplement.

The hope is that the supplement will introduce good bacteria into the bats’ guts, in the process strengthening their immune systems to fight the white-nose fungus. The “yogurt,” a freeze-dried mix of four species of Northwest soil bacteria that scientists in British Columbia found suppresses the fungus, gets in the bats’ fur. When they groom themselves, they end up ingesting it.

A recent addition to the K-pod of southern resident killer has, vitally, been confirmed as a girl!

Named K45, the whale was born in spring and is the first born to the pod since 2011. While every new addition is celebrated, females are considered especially important as they are essential to the ongoing health of this endangered species of whale.

Fisheries and Oceans Canada scientists were able to identify the calf as female while researching K-pod off Vancouver Island.

K-pod is one of only three southern resident killer whale families. Whaling during the 60s and 70s reduced the population significantly and now only 72 individuals remain. However, alongside K45, a J-pod whale also gave birth to a female in February.

A black-coated Canada lynx has, for the first time ever, been photographed.

Captured in a 30 second cell phone video by University of Alberta researcher Thomas Jung in a rural residential area near the town of Whitehorse, Yukon, the lynx can be seen trotting calmly between white spruce trees and parked vehicles. While the footage was originally taken in August 2020, the unique finding has now been officially reported in the journal Mammalia.

Canada lynx generally have slivery grayish coats in winter, changing to reddish brown in summer but accompanied by dark spots and hairs on the tips of their tails and ears. Unlike members of the cat family (felidae), it’s unusual for coat colour to vary in species belonging to the Lynx genus. So much so that, along with being the first recorded case of melanism in Canada lynx, it is also among very few occasions of coat colour variations found in any member of the genus Lynx.

It’s the battle of the herbivores.

A study recently published in Frontiers In Ecology and Evolution examined high-elevation sites along a 2,500 km gradient in the Rocky Mountains, where global warming is causing glaciers to melt. As the snow and ice melts, salt licks are exposed and mountain goats and sheep converge to lick up the nutrients. That, in turn, leads to competition.

Researchers found that in the battle for salt-lick space, goats dominated 95 per cent of the time, forcing the sheep to find alternative sources. The findings hold true for many ecosystems around the world, where one species normally dominates precious resources. Studying these interactions can help researchers better understand how to preserve wildlife and how human activities, including the acceleration of global warming, can impact delicate ecosystems.

Turtles move slowly even when it’s warm, so it came as a bit of a surprise to learn that one common species in southern Ontario is on the move all winter long. For a recent study released in Canadian Journal of Zoology, Carleton University researchers tagged a number of Northern map turtles with accelerometers — think of them as Fitbits for turtles — to record what they were up to when they were hibernating.

Turns out the turtles stayed near their hibernation sites but were active all winter long underneath the ice, with adult females observed hanging out at the shallowest depths and coldest temperatures while moving very little, and juveniles doing the opposite.

Now they know what the turtles are doing, when, and at what depth, the researchers are keen to expand their study to learn more about why. 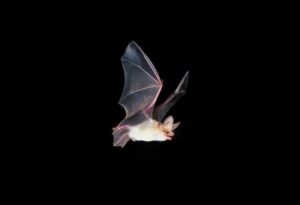 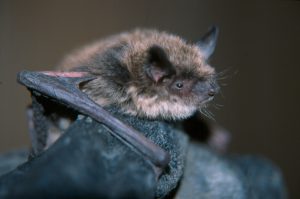 Disease has appeared for the first time in Manitoba, Minnesota and Wyoming