On risk and the human drive to explore

Why do human beings intentionally put themselves in danger's path? Our brains, it turns out, reward risk 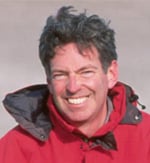 Many people are cautious, some to the point of cowardice, and, in the words of the actor Victor Mature, “wouldn’t walk up a wet step.”

Caution, within reason, is only natural. As Kenneth Kamler wrote in Surviving the Extremes, “No animal in its right mind ever intentionally puts itself in danger by going somewhere it doesn’t belong.” Yet, as Kamler notes, human beings do go where they don’t belong — for example, into the 8,000-metre-plus death zone of Mt. Everest. He suggests that human “emotional and spiritual imperatives” sometimes override the survival instinct.

But in an article published in the journal Neuron, British researchers also identified a neurological basis for people going where they don’t belong. Human beings in their right mind do put themselves in danger intentionally. Our brains, it turns out, reward risk.

In an experiment carried out at the Wellcome Trust Centre for Neuroimaging at University College London, scientists found evidence that a primitive part of the brain has a role in making people adventurous, and is activated when people choose unfamiliar options, despite the inherent risks of the unknown. This suggests an evolutionary advantage for those who explore. Measuring blood flow in the brain, the researchers found that the ventral striatum, which is involved in processing rewards through the release of neurotransmitters like dopamine, is more active when subjects shunned the safer options to experience the unusual. This is called the “novelty bonus.”

Risk, it seems, is part of what it is to be human.

That is not the only explanation for risk: The urge to explore is also the product of prosperous societies, like our own. In his groundbreaking study, The Human Brain in Space Time, about the psychology of space travel, the neurologist W. Grey Walter refuted the accepted historical wisdom that exploration—with all its inherent risks—was a response to economic and military necessity. To the contrary, he pointed out that, during great eras of exploration, expedition-sponsoring countries were often “hospitable, prosperous, and plagued only by familiar woes.”

During the Edwardian era, Britain was more prosperous that at any other time in its history, and it gave rise to discovery, including the first South Pole explorations of Robert Falcon Scott and Sir Ernest Shackleton. The 1950s was one of the most prosperous eras in American history. In the United States, unprecedented numbers of families reached middle class status. It is also the decade that gave birth to space exploration, and saw the British conquest of Mt. Everest.

In developed countries, the subsequent six decades have been highly prosperous, the societies stable. Home has been a good place to be and, one would think, to stay. Yet those same comfortable, seemingly contented populations have produced large and growing numbers of people who have placed themselves at great individual risk, engaging in exploration, extreme sports, and adventure travel.

Voluntary risk has never been more pervasive. Two billionaires, tied at #261 on Forbes’s 2009 list of the world’s wealthiest people, with fortunes of $2.5 billion each, embody this point. Virgin Companies founder Sir Richard Branson and Cirque du Soleil founder Guy Laliberté can afford lives of great luxury and comfort, yet Branson has repeatedly risked his life and come close to dying in attempts to set distance records in hot air balloons.

Laliberté, meanwhile, spent 12 days aboard a Soyuz spacecraft in the fall of 2009, becoming the seventh civilian to fly alongside astronauts and cosmonauts on the Russian spaceships.

Risk-taking, it seems, is both part of our neurological makeup and an integral part of contemporary society. As Walter argued, “The urge to explore is a part of our nervous equipment…. The human species is unstable in stable environments.”

There certainly are emotional and spiritual imperatives, as Kamler noted. Exploration is a way for people to gain insight not just into the world, but to better understand themselves. Without risk there is no gain, no gain in scientific knowledge, no gain either in understanding one’s self.

One of the most intriguing manifestations of risk is a subject I have been studying for six years.

People at the very edge of death, often adventurers or explorers, have reported experiencing a sense of an incorporeal being who is beside them and who encourages them to make one final effort to survive. This phenomenon is known as the “Third Man” factor, and it has been experienced by scores of people, from Shackleton and aviator Charles Lindbergh to polar explorer Ann Bancroft, climber Peter Hillary, diver Steffi Schwabe, and astronaut Jerry Linenger; in scores of places too, from Cape Horn to Carstensz Pyramid, from the Indian Ocean to Earth’s orbit.

Kamler, both a skilled medical specialist and climber, has had many remarkable adventures—he has devoted himself to the study of endurance, how our bodies respond to extremes—so it is not surprising that the “Third Man” phenomenon was also among them.

While desperately trying to keep a dying Sherpa alive through a long night high on the slopes of Everest, Kamler “gradually became aware of a third person in our freezing tent.” This unseen being guided Kamler through his patient’s treatment.

“When morning came, I realized my patient would live, and that my mentor was gone.” It was, for Kamler, an experience filled with “wonder and mysticism,” and one that he would never have encountered by staying at his thriving medical practice in New York.

Risk is innate to human beings, and so much a part of us that our brains dispense “novelty bonuses” to encourage us to take the more adventurous path. Risk is also powerfully influenced by the great wealth and comfort enjoyed by those of us lucky enough to live in the West. We seek extreme and unusual environments to gain insight into the nature of our planet, but also as a testing ground of the human spirit.