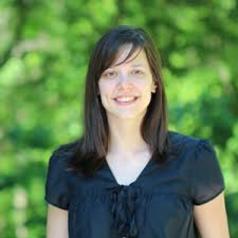 By Kimberley T A Davies
Advertisement

In 2017, 17 of the animals died or were entangled live in fishing gear in the Gulf of St. Lawrence, a large region of ocean that borders all five Canadian Atlantic provinces. At the same time, new research showed the population of 458 individuals was in decline — with the females dwindling faster than males.

But these devastating events produced an unexpected silver lining. Researchers, conservationists, industries, managers, policy-makers and public citizens from Canada and the United States rallied in an unprecedented collaborative response to help reduce risk to the remaining animals.

This effort culminated in April 2018 with the Canadian government unveiling a number of new management measures for the snow crab and lobster fisheries in the southern Gulf of St. Lawrence.

Some of these measures — including one large closed area, a shorter fishing season in other areas and closures of certain areas if whales are spotted there — are designed to reduce the number of right whale entanglements this year while allowing fishermen to continue to harvest when the whales are less likely to be present.

Additional measures will also help collect improved data on gear deployments so scientists and managers can understand when and where the animals become entangled.

But why did this happen now?

Typically right whales can be found foraging in the Bay of Fundy and southwest Nova Scotia during summer. But since 2010, right whale sightings in traditional foraging grounds have been low. At the same time, reproduction began to decline, culminating in a record low of zero calves born in 2018.

Scientists have shown that variation in both right whale calving rates and their presence in specific areas are related to changes in their primary food source, the infamous copepod Calanus finmarchicus. Armed with the hypothesis that right whales were hungry and searching elsewhere for food, the community of researchers and conservationists began searching other regions where C. finmarchicus is abundant.

One of those areas in the southern Gulf of St. Lawrence proved fruitful, but since right whales had not been observed there often in the past, there were no protections yet in place for them. This exacerbated the events of 2017.

Although we almost never witness the death of a right whale, the ones that have been documented and diagnosed tell us that adult right whales die almost exclusively from ship strikes and fishing gear entanglements. Of the conclusively diagnosed mortalities in the Gulf of St. Lawrence, all were attributed to blunt force trauma from being hit by ships or to entanglement.

When right whales forage in the same area as intensive fishing and commercial shipping activities, the risk to the animals can be exceedingly high. The whales spend up to three quarters of their time at or near the surface looking for food or socializing, putting them at risk of ship strikes and entanglement in slack fishing line floating on the ocean surface.

What’s less well-recognized is how much time right whales spend beneath the waves foraging. Their food undergoes vertical migration in the water column and often collects just above the sea floor. This means right whales may also become entangled underwater in the vertical and ground lines that connect several traps along the sea floor to surface buoys.

The best way to prevent entanglement and ship strikes is to reduce the interaction between right whales and fishing gear or vessels. There are a variety of strategies that have been used in Canada and the U.S. to reduce the risk. However, at this time, there is no indication that total mortality in the population is decreasing.

Within a feeding habitat, right whales tend to use similar areas from year to year because these areas have special environmental conditions that result in a plentiful food supply. The government’s decision to close the area where right whales gathered in 2017 to lobster and snow crab fishing means there will be no interaction where right whale densities are likely to be highest.

It’s also possible that the animals may occupy other regions of the southern Gulf, which is a concern because ships and fishing gear may be more concentrated than usual in other areas.

Because of this, fishing will be permitted in other areas unless a right whale is detected, at which time a mandatory dynamic management zone will be enforced for 15 days.

In the Gulf to stay

Historical sightings of right whales in the Gulf of St. Lawrence suggest that the animals have always been present in the area, albeit perhaps in not such noticeably high numbers.

Similarly, historical analyses suggest their food has been present there since at least 1999. But virtually no targeted search effort had been conducted in most areas prior to 2015.

The implication is that the presence of the animals should not be treated as an anomaly. Rather, it is more likely the animals have been using the area unnoticed for some time, and will continue to use the area.