Douglas Cardinal on the Zibi project

Douglas Cardinal has left his mark on Canada’s capital. He is the architect behind the iconic undulating shape of the Canadian Museum of History. He is also one of the most outspoken Aboriginal critics of the Zibi project – a plan to develop 15 hectares of land on two islands and along the shorelines of the Ottawa River between Ottawa and Gatineau. While some herald the proposed project as a world-class example of urban sustainability, the area is sacred space to local First Nations peoples.

Why is this land so special to the Aboriginal people?
From the Atlantic Ocean to the Rocky Mountains, all the Anishinaabe peoples consider those islands a very sacred place. It was like our Mecca. That was taught to me by my elders. When I came here to do the museum for Pierre Elliott Trudeau, the first thing I was asked to do was give offerings to the Chaudière Falls.

The falls were extremely important for the Anishinaabe people who used to trade with the southern people. That’s what Ottawa means. Our culture’s always about loving and caring, and this was always a place where people would come to trade in peace. Chaudière Falls was almost a gateway to the West. People used to come here and offer prayer.

What happened before the Zibi project was proposed?
When settlers came in, they wanted to use the area. We made an agreement that they would only take the tall pines to make ships. Then they came in with arms and pushed the Algonquins north, and then started using that area as an industrial site. But there was never an agreement to do that.

I was involved in redesigning the capital. I was told that the industry was coming to a close and those islands would be returned to the First Nations. William Commanda envisioned it as a park-type setting that would be for everybody, but with an area for the Algonquin to conduct their ceremonies. I was involved with designing an Algonquin centre for those islands.

But as soon as the Conservatives came to power [in 2006], it all changed.

Before Zibi, had there been any motion toward making the space into that communal parkland?
That’s what the National Capital Commission was doing before [former Conservative MP and minister responsible for the National Capital Commission John] Baird came along. The islands were to be part of the French-English-Aboriginal circle that was in the Government of Canada master plan, which included the Canadian Museum of History [previously the Canadian Museum of Civilization]. Those lands would be given to the Algonquins, and it would be designated parkland. It was the city that recently rezoned the area from parkland to multi-use. That’s a new twist.

I’m involved with the Museum of History, with the National Capital plan, and I’ve said to them, ‘How can you? How can you be a co-developer in something when we’ve been planning since 1984 to make that a place for all aboriginals?’ Marcel Beaudry [former Mayor of Hull and chair of the National Capital Commission] promised William Commanda that he’d bring his vision to life.

I’m not against development — I’m an architect! But I don’t want it in our sacred space. Building condos in Mecca, how would that go? But when it comes to First Nations, let’s pave it over.

I love being an architect but I made a promise to my Anishnabe father that I’d stand for the people.

What are your thoughts on Zibi’s Aboriginal outreach?
It’s a sham. It’s like they’re stealing your car, but doing it while saying ‘We love you, We’re with you, We’re onboard your vision.” It’s all the bunch of hogwash and it’s not going to go anywhere. Mark my words.

How would you have liked them to handle the situation?

This site was promised to us. Industry used it for a couple hundred years, now we want it back. The site has been used for the past 10,000 years. The last 200 years is a blip in our history. The elders tell me about when they used to hunt the wooly mammoth. It’s about respect, it’s about caring for others.

If successful in stopping the Zibi project, what’s next?

We’d provide the vision of the elders, which is to restore the site to parkland for all to use. We’d have the centre where Anishnabe can practice their culture. We’ve lived in peace here for 10,000 years, and we’ll continue to live here for another 10,000 years if we all live in harmony and peace. 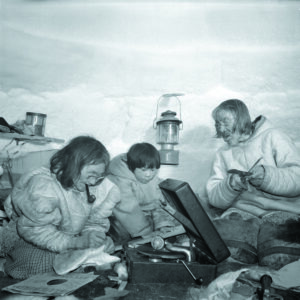 The project working to identify Indigenous people in Canada’s archives

Launched in 2002, Project Naming invites Canadians to engage in identifying Indigenous people from Library and Archives Canada to help tell the story behind every photograph