Canada votes for a national bird

Thanks to everyone who cast their vote in Canadian Geographic's National Bird Project!

The voting phase of the National Bird Project has officially ended. August 31, 2016, at 11:59 p.m. EST (sorry, western Canada; we had to go by headquarters time), Canadian Geographic closed the site to public participation. This was not for lack of interest: nearly 10,000 Canadians told us by vote and comment yesterday alone what their choice for National Bird would be, fuelled by discussion of the project on CBC TV and radio programs across the country throughout the day.

However unscientific, this project reflects a spectacular sampling of the population, as the Can Geo team recorded input from every province and territory — and from Canadian expats in the U.S. and other parts of the world — in both official languages.

The next phase of the National Bird Project? Convening an expert panel to debate the country’s best avian candidate (check the project website and follow @CanGeo on Twitter for updates about a live Can Geo Talks event in Ottawa in September 2016).

With the advice of our ornithologist and bird-educator partners at Bird Studies Canada, Canada’s Poet Laureate George Elliot Clarke, authors such as Noah Richler, First Nations representatives and others, The Royal Canadian Geographical Society and Can Geo will bring all quantitative and qualitative results to our federal government representatives, who we hope will then elect to table a bill to gift Canada a National Bird by the country’s 150th anniversary in 2017.

So will it be the loon or snowy owl, ambassadors of our southern and northern wildernesses but already Ontario and Quebec’s provincial birds? Or could it be the gray jay (formerly Canada jay) or Canada goose, fitting in name and popular in their own right, and not yet claimed by any province or territory? We will make our official declaration at the RCGS’s College of Fellows Annual Dinner on Nov. 16, and in the December 2016 issue of Canadian Geographic. Look for it on newsstands on November 21 or subscribe today. 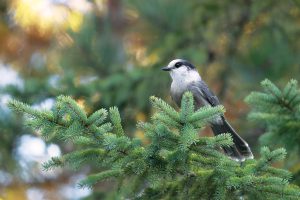 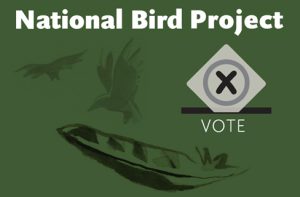 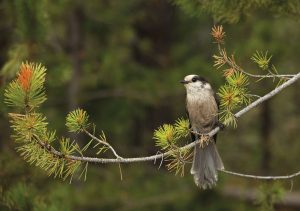