Video of the week: Siberian ground bubbling from trapped methane

Thawing permafrost is making the ground bouncy... and very dangerous

Most people would likely agree that the ground is fairly solid. But watch the video below and suddenly that statement doesn’t seem quite so sound.

Filmed on Russia’s Bely Island, the 32 second clip shows researchers Alexander Sokolov and Dorothee Ehrich treading on grass-covered ground that “bounces” as they step on it, almost like a waterbed. In fact, something far more concerning is lurking below: methane.

The Siberian Times reported that when the scientists punctured the bubbling ground, methane and carbon dioxide were emitted. Although methane is nontoxic, it is extremely flammable and potentially explosive when mixed with air. This video captures just one of 15 such sites encountered by the researchers, and—while no conclusive statements have been made—fingers are pointing at global warming.

Rising global temperatures are a catalyst for permafrost thawing. During this melting process, nutrients that were trapped within these solid ice forms for thousands of years are released, providing a tasty treat for bacteria. As the bacteria digest the nutrients, they release methane as a byproduct. This starts a vicious cycle, as methane is a potent greenhouse gas, trapping heat and accelerating the global warming process.

The discovery of these methane bubbles in Siberia could mean similar trouble is in store for Canada. Many parts of Canada’s Arctic have been experiencing high spikes in temperature that could also lead to methane release from thawing permafrost. 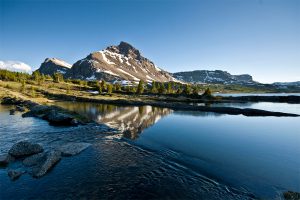 Tips and resources to help you protect your groundwater 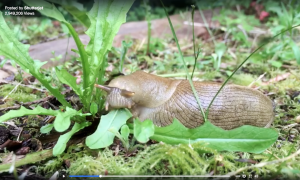