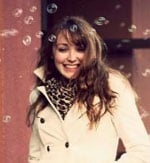 The film crew had been waiting weeks for the birds. A storm was breaking over their heads as they crouched high in the rocky tundra. The family they were filming expressed their impatience. Their kids had to be back for school. The birds were out at sea, gone for the winter. But the film crew of Vanishing Point, a 2012 Canadian documentary, waited, long after they should have left.

Stephen A. Smith, the co-director of Vanishing Point (watch the trailer below), recently described these difficulties, and many others, in a Q&A after the Ottawa premiere of the film at the Canadian Museum of Nature.

Among questions about the taste of narwhal (for the curious, the answer is macadamia nuts) and setting up scenes in inhospitable terrain, Smith explained the goal of this film: “The representation we are trying to give is of life as it is.”

That representation includes showing the dangerous impact of thinning sea ice on the families who travel the tundra by dog teams, the hunting, preparing and eating of narwhal meat and a comical scene in which the Greenlandic main character, Navarana, tours around a Baffin Island grocery store, expressing surprise at the tiny “pet” dogs on dog food packages. The film’s power comes in contrasting Navarana’s northern traditions with those in Nunavut, where the people drive ATVs, buy cereal and discard the most delicious parts of the narwhal (its intestines).

Despite their differences, both northern communities share an inhospitable terrain. Filming was frequently a challenge. But there were victories for Smith and his crew. The birds did finally come, just as the crew was about to give up. As the storm quieted, toneless chattering began to echo across the skies. Hundreds of thousands of little auks filled the air around them and the family got to work, catching the birds and stuffing them in sealskin bags to ferment for future festivities. The crew filmed the entire scene in a day. Smith was undeterred by the fractured knee he suffered from that hectic day of filming; such was life in the North. Plus, “it took my mind off a lot of other worries,” he joked.

One of those worries concerned the very content of what they were filming. The only person who understood the Greenland dialect of Inuktitut, spoken by only about a thousand people on the planet, was Navarana, their main character. “The whole film was actually shot without us understanding any of it,” Smith said.

Another concern was funding. Vanishing Point took four years to make, but the financing wasn’t secured until the last year.

“We’re really lucky as Canadians to have the National Film Board of Canada, I’ll say that,” Smith said. “(But) we aren’t lucky to have the NFB of Canada that’s been hammered with budget cuts…. They’re already on a shoestring. We have to decide as Canadians how important this is to us.”

For a full review of the documentary, check out the June issue of Canadian Geographic

Vanishing Point by Stephen A. Smith & by Julia Szucs, National Film Board of Canada