The Abbot Pass hut, an iconic mountain refuge, is dismantled — due to climate change

Built by Swiss guides high on the Continental Divide, a storied refuge will be dismantled just months ahead of its 100th birthday, a casualty of our warming planet

“The rains descended, and the floods came, and the winds blew, and beat upon that house; and it fell not: for it was founded upon a rock.”

It was never going to last forever. But the house the Swiss guides built high in the mountains — masonry on the outside, plywood on the inside, a kitchen, an attic, one dormitory for men and another for women — followed the lesson of the Christian parable exactly. They built on rock — on the narrow Abbot Pass, 2,925 metres above sea level, between Lake O’Hara in Yoho National Park and Lake Louise in Banff National Park, on the Continental Divide.

Just bringing the building materials to the site involved heroic levels of organization and labour. They hired wranglers with horses to carry wood, windows, bolts and lime for making cement up from Lake Louise to the base of the avalanche-prone Death Trap, a steep, glaciated canyon between Mount Victoria and Mount Lefroy. From there, they carried 35-kilogram packs over a ladder that spanned a large crevasse, and then winched sleds up the steep sections to the pass, where they’d quarried the stones.

After moving to Canada, Swiss-born mountain guides Edward Feuz Jr. and Rudolph Aemmer had seen a need for “altitude-accommodation for serious mountaineers” in the burgeoning tourism industry of 1920s, and they opened theirs in 1923. “Up here,” said Feuz at the inauguration ceremony, “with all those beautiful peaks everywhere, this simple hut is a home.”

The Abbot Pass refuge cabin should still be standing, the snowmelt from its shake roof still flowing to both the Pacific and Atlantic oceans. Mountaineers should still be coming here during the climbing season, dining, bunking and warming themselves by the wood stove before making their early morning start for the summits. But this summer, Parks Canada is taking the guides’ house down. No one had accounted for climate change.

How could they have? Until very recently, the Lower Victoria Glacier blanketed much of the north slope beneath the hut. The ice almost reached the hut’s northern wall. But now the glacier’s edge rests 50 metres downslope. What has been exposed — what was for much of the past century held intact, frozen and insulated from surface erosion and intense solar heating — is the actual composition of much of the hut’s footing, and of the pass itself: a mix of compacted scree and fallen rock, made stable by permafrost. Against the ordinances of nature — increasingly varied and erratic — the slope is falling away.

The short timeline of the slope’s demise is breathtaking. The first report of the slope’s instability reached Parks Canada in 2016. A geotechnical assessment followed, and the hut was closed so Parks Canada could install slope-stabilizing rock anchors. By the end of 2018, remediation costs had exceeded $600,000. Poor weather and safety concerns hindered progress in 2019, health measures due to COVID-19 in 2020, and through it all, slope erosion beneath the hut continued.

But it was the record-high temperatures in 2021 — the infamous “heat dome” — that vanquished what hope remained. The rate of permafrost thaw hastened catastrophically. According to Parks Canada, “approximately 114 cubic metres fell from the slopes under the hut.” Structural cracks appeared in the hut’s outer masonry. A precipitous gap yawned open beneath the hut’s northwest corner.

All mountains erode eventually. Most of the time, these changes are incremental and unnoticed. But permafrost and glaciers are the “glue” that holds high mountain slopes together, and when gradual warming and extreme weather events contribute to rapid permafrost thaw and the thinning of glaciers, slope failures can happen suddenly.

In recent decades, warming temperatures and increased precipitation in western Canada have led to a significant increase in mountain landslides. The latest report from the Intergovernmental Panel on Climate Change concludes, with very high confidence, that 1.5 C warming will further accelerate this trend. Only an immediate reduction in greenhouse gas emissions will curb the most serious consequences for natural systems — and for human infrastructure.

At Abbot Pass, the average annual temperature has already increased about 1.4 C since the mid-20th century, precipitation by over six per cent.

The Swiss guides built their mountain hut in an earlier and more innocent age — one where you could believe that change came slowly to the high alpine. That age is behind us, the demolishment of what was until now a national historic site standing witness to the irreparable damage brought about by a rapidly warming planet. 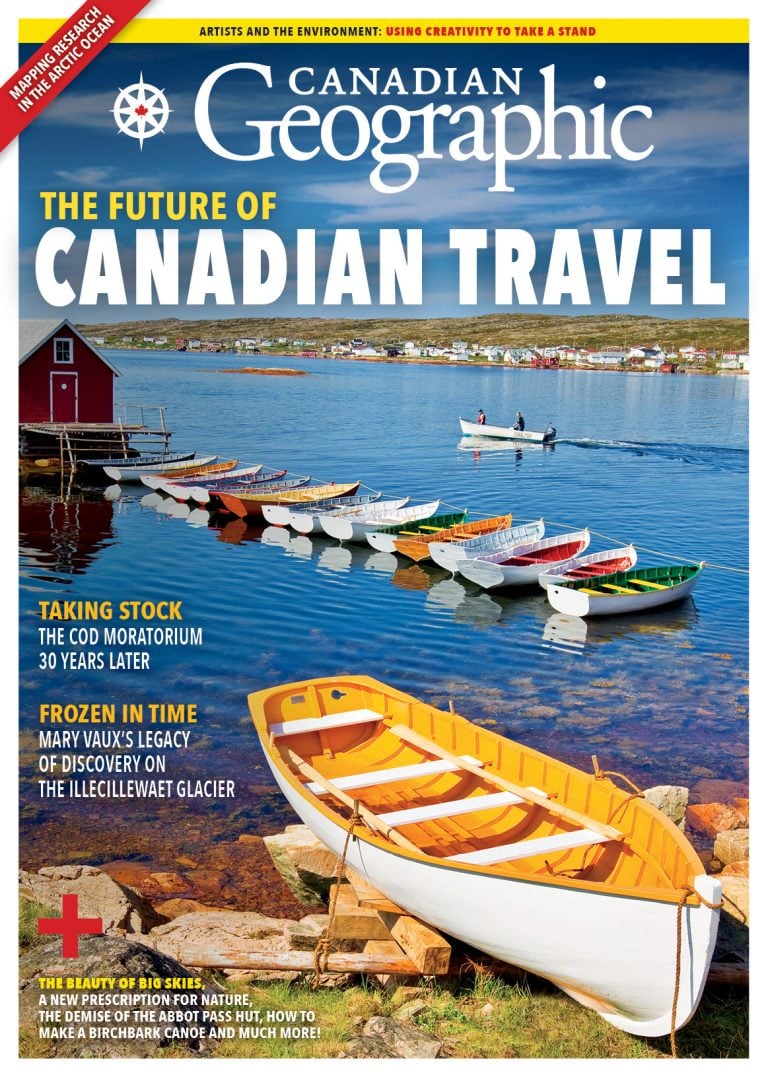