This eco-friendly clothing company started by young Canadian sisters Bree and Hailey Hollinsworth, is quickly becoming one of the country’s sustainability superstars
By Thomas Hall
Advertisement

It started with a t-shirt crafted from water bottles and scraps found on cotton factory floors. Now Ungalli, the eco-friendly clothing company started by young Canadian sisters Bree and Hailey Hollinsworth, is quickly becoming one of the country’s sustainability superstars.

After winning $50,000 through Canadian Geographic and Shell Canada’s inaugural Quest climate grant in December 2015, the Hollinsworth sisters were most recently chosen by Google as one of four businesses in Canada to receive a free advertising campaign built by Google’s own tech whizzes.

“They built us an amazing campaign on their platform,” Hailey said. “It’s a two-minute video explaining what Ungalli is all about.”

By using less water, land and electricity, the Thunder Bay, Ont.-based company saves the world approximately 712 gallons of water, half a gallon of petroleum, and 3 ounces of chemicals with each product they make.

“What we want people to understand about Ungalli is that it’s more than a logo or another cool brand, it really is this movement towards people being aware of the severe and detrimental impacts the clothing industry is having on people and the environment.”

Read more about Bree and Hailey, along with the other Quest grant recipients, in the upcoming June issue of Canadian Geographic. The group is a mix of inventors, scientists, engineers and entrepreneurs, who are united by their passion for discovering viable solutions to climate change.

But for now, watch the video below to learn about Ungalli and its important mission. 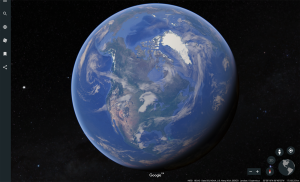