Kevin Jorgeson has made a career out of conquering some of the most difficult rock walls in North America, but on October 26, the climber who made international headlines in 2015 for being the first to scale the Dawn Wall of Yosemite National Park’s El Capitan faced a unique challenge: the Michael Lee-Chin Crystal at the Royal Ontario Museum in Toronto.

The stunt, part of a campaign by Visit California to promote Canadian tourism to the state and the first of its kind to ever take place at the ROM, drew a large crowd of onlookers who cheered as Jorgeson reached the top of the steeply-pitched aluminum and glass structure in under 15 minutes. Canadian Geographic caught up with Jorgeson to chat about the unusual climb and his future plans.

What got you into rock climbing?

I was kind of born a climber — trees, fences, cupboards, you name it — and then I found rock climbing at age nine. I went to the grand opening of the local climbing facility in Santa Rosa, California and have been going ever since.

Have you ever climbed a building before?

Not legally! I’m kidding. I’ve bouldered a bit on buildings but this is by far the coolest opportunity I’ve had and I’m hoping it opens doors for some other cool pieces of architecture around the world. I’m drawn to climbing a building like the ROM for the same reason that I like certain climbs outside: for a moment you get to be part of the landscape. Whether I’m walking around outside in a climbing area or in a city landscape, my eye just catches these lines that I’m drawn to climb and the ROM was one of them. You just walk by and you’re like, “This is the coolest building I’ve ever seen.”

What’s been your greatest accomplishment so far?

For sure the Dawn Wall in Yosemite. That was a seven year project with my partner [fellow climber Tommy Caldwell] and we completed that last year. It was kind of a dream come true — the fact that we pulled that off surprises us. Some portions of El Capitan are much more featured and you can see obvious ways to get up the wall; you look at the Dawn Wall and it’s like a sheet of glass. When you’re trying to do a brand new route, everything is a question mark; it’s a 3,000-foot puzzle where every inch needs to be figured out.

What’s your next climbing project?

Some friends of mine recently established one of the hardest climbs in Canada, in the Bugaboos in British Columbia. It’s similar to the Dawn Wall in that it took them four or five years of effort going every year back into the Bugaboos trying to free this new line. Some of the pitches on that climb have been compared to some of the pitches on the Dawn Wall, and it’s beautiful — all the photos I’ve seen are super stunning — so I want to go try that out.

What’s your advice for beginner climbers?

The indoor climbing facilities that are around are great little community hubs, and what’s great about community hubs is you can find friends and mentors there that can welcome you into the community and the sport. Picking it up by yourself is not only lonely but dangerous, so becoming a part of that community is the way to go. 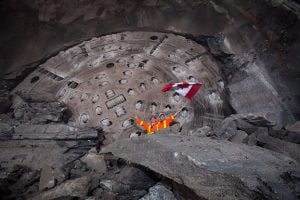