Be the first to watch the Inuk throat singer's video for "Nacreous," from her most recent album, Retribution

Tanya Tagaq is an experimental throat singer, avant-garde composer and improvisational performer who recently received the Order of Canada. Her work is political, often tackling themes of environmentalism and Indigenous rights. For Earth Day 2017, Canadian Geographic is pleased to exclusively present the new video for “Nacreous,” a song from Tagaq’s most recent album Retribution, released in October 2016. Watch the video below and read what Tagaq has to say about “Nacreous” and its themes of climate change and environmental destruction.

On the song and its message

Nacreous clouds are polar stratospheric clouds. The sounds in the song represent nacreous clouds because they are at once beautiful and destructive. While particularly rare and stunning, they contribute to the destruction of stratospheric ozone in the Antarctic and Arctic. It is this duality of hard and soft that I wanted to capture. I think it’s important that we bring awareness to the destruction of polar ecosystems. The survival of the environment implicates the survival of all species.

On the video’s imagery

The video is a compilation of existing cloud footage and footage from NASA that we edited together. We wanted to capture many different perspectives, including that of the Earth versus space. Although there are no people, there’s definitely a human element in the way the video is edited, going from natural landscapes to distorted colours and imagery.

On her latest album, Retribution

I named my album Retribution because I wanted to instill urgency in people. Our planet is reacting to what we’re doing to it, and we need to listen; we need to change. It is a protest against the lack of respect we’re showing the Earth and ourselves.

On what people should know this Earth Day

Online activism is crucial; don’t let anyone tell you it’s not real. The overwhelming support for Standing Rock was really important in getting people involved. Indigenous people have always been fighting for the land, and it’s great to see everyone joining in. 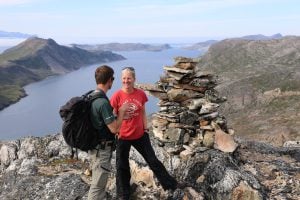