An excerpt from Bill Arnott's follow up to best selling travelogue Gone Viking: A Travel Saga

The rental vehicle swayed alarmingly in the wind. I was driving from Halifax to Peggy’s Cove and Lunenburg. Wind off the water whipped the small SUV back and forth and I fought the wheel, glad the road was quiet. It was early and my head was still clearing from the previous night’s poor choices. I exited the highway to a small community in search of sustenance and a working toilet and found a simple clapboard eatery with stacks of faded wooden lobster traps piled haphazardly outside. The muddy parking lot was filled with cars, which I took as a good sign. I parked and went in.

A man-sized plastic lobster stared me down as I entered, its beady black eyes somehow knowing I’d consumed a relative two nights prior. (A relative of his, that is.) Coats were stacked on a coat rack at the door and stiff-brimmed ball caps advertising trucks and tractors seemed mandatory. Conversation was surprisingly lively in the early hour, focused on the coaching of the local bantam hockey team.

I sat at a booth, where I was served scalding coffee and a platter of rejuvenating breakfast swimming in butter and smelling strongly of haddock, delicious and medicinal. I finished and paid my bill, but a seismic-like rumble emanating from the depths of my intestines warned me I’d better use the facilities, immediately. A short time later, as I sped from the parking lot, tires spitting gravel, in the rear-view mirror I saw my server nailing up a permanent “Closed” sign and shaking her fist.

Peter Gabriel’s “Solsbury Hill” drummed me into Lunenburg. Gold and red maple leaves swirled across the road and gulls hung like kites on strong wind. I strolled through the shipyards to the Bluenose II, where a man wound thick rope into fat coils, a greying dog at his feet.

I carried on through residential streets, past a home with laundry hanging from a line, stiff in the wind: plaid mackinaws and a Hudson’s Bay blanket. Climbing the hill into town, I was drawn to Saint John’s Anglican Church, a 250-year-old structure topped by an iron weather vane adorned with a fish. The church interior was warm and still. Dark old timbers arched overhead, and narrow windows of simple stained glass moved the dim interior light, reminiscent of the sea. It was the type of church where Father Mapple would give a sermon from a crow’s nest pulpit, before the sailing of the Pequod.

Back in the vehicle, I detoured to the memorial site of Swissair Flight 111, which crashed just off the coast in 1998. Coast Guard and local volunteers sped to the scene, a few kilometers offshore, a ragtag flotilla of fishing boats and would-be rescuers in a classic case of maritime cooperation. There was no rescue. Only recovery. I stared at a familiar seascape, relentless surf, an indifferent stretch of water, but the view was tainted, a bleak expanse of loss and grief.

I carried on to Peggy’s Cove. Wind buffeted bare, rocky headland and crashed plumes of water into the sky. Colourful little homes clung to the rock like determined lichen. The whole place made me shiver. A desolation bright paint couldn’t hide.

Back in Halifax, a man named Bob called my room, saying he was waiting for me downstairs. His taxi was immaculate, and he explained he was retired but helping a friend. On the half-hour drive to Stanfield International, he pointed out things we passed, proud of his city.

“Lived here 63 years. All my life,” he said. We crossed the bridge into Dartmouth, and he pointed out to the water. “Lost my brother last week,” he said. “He was 67. He was my favourite brother. Talked two, three times a week.”

I told him I was sorry.

“Yeah,” he said, pointing again. “That’s where we scattered his ashes, the wife and me. Then we had a drink of rum and poured one for him.” He was quiet then added, “But, you know, you open the paper and it’s right there, one corner’s obituaries, the other’s births, all part of life.”

We passed rows of tenements. “See those there?” Bob said. “That’s government housing. Subsidized. I’m proud of that. You wouldn’t want to go there at night, you understand, but the fact that we have them, you know?”

As we pulled up to the terminal Bob apologized that he had to go pick up another fare, then he shook my hand for a while. “I would’ve liked to have shown you more of the city,” he said.

I would’ve liked that as well.

After we parted, a funny thing ensued. In addition to being in Atlantic Canada for personal exploration and Viking research, I was promoting a book and attending a convention. The final few days had been intense, full of conference activities – workshops, breakouts, meet-and-greets – and I was in full-on conventioneer mode, every sentence starting with, “Hi, I’m Bill, from Vancouver …”

As I went into the airport and onto an elevator, the other occupant was a woman in a suit wearing a lanyard, same as everyone I’d spoken to over the past four days.

“Hi, I’m Bill, from Vancouver …” I said with a smile, extending a hand.

“Hi Bill!” she said, shaking my hand. “Really nice running into you!” A momentary pause, then, “Gosh, I have to apologize. I don’t remember where it was we first met.”

It was then I realized I was no longer at a convention. Just an effusively friendly weirdo at the airport. To which I said, somewhat ashamed, “Oh. Yes. Right. Well, in fact, we haven’t actually met. I’ve just come from a conference and was on autopilot, meet-and-greet mode. I apologize.”

To which she laughed, relieved. “Thank goodness for that!” she said, “I pride myself on remembering people I meet. You see, I’m Lieutenant-Governor here, and I admit I fall into that trap too sometimes. But it was lovely to meet you Bill. Have a good flight.”

Which I did, chuckling most of the way. 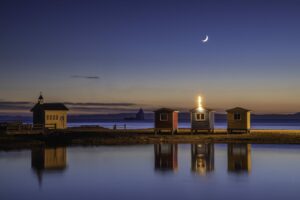 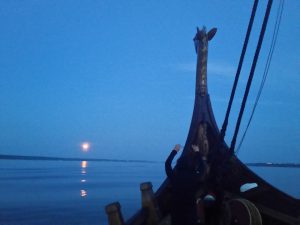 Life aboard a modern-day Viking ship: A Q&A with a Canadian sailor

In new memoir The Escapist, Canadian mountaineer Gabriel Filippi details his most extreme adventures and tragedies 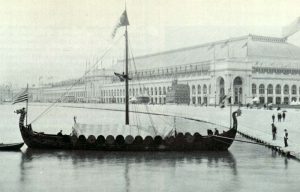