Beauty and community in the “kingdom” of Saguenay–Lac-Saint-Jean
By Roland Tremblay
Advertisement
Map: Chris Brackley/Canadian Geographic

When I was seven years old, I never understood why my parents were so desperate to move north back to Saguenay–Lac-Saint-Jean from Quebec City. Even then I was already dreaming of Paris, New York, Toronto, Los Angeles and London. And although I’ve ended up living in all those great cities, I’ve also found myself longing to return to the region where I grew up (my parents did make that move in the end).

My entire family was born and still lives in what has always been called the “Kingdom” of Saguenay–Lac-Saint-Jean, a region that’s celebrating its 175th anniversary this year. Its natural beauty is stunning. Before my family moved back there, we used to drive from Quebec City to Hébertville, climbing the mountains of the Laurentides Wildlife Reserve for what seemed like an age before dropping down and reaching Lac Saint-Jean. When we took the scenic route — up to Tadoussac on the shores of the St. Lawrence, then along the Saguenay River until we reached Chicoutimi — we were rewarded with one of Canada’s most amazing views: the steep cliffs and glittering waters of the majestic Saguenay Fjord.

Two of my favourite places in the region are where my parents and grandparents were born: Desbiens and Val-Jalbert, both on the shores of Lac Saint-Jean. I always thought there was no better way to get a sense of the size of the planet than by simply standing on the beach in Desbiens or on the mountain at the top of the waterfalls in Val-Jalbert and looking across the water. From either, you can barely see the other side of what we used to call une mer intérieure (an internal ocean).

But what I love most about Saguenay– Lac-Saint-Jean, apart from its natural beauty, is its sense of community. You feel as if every one of the proud and welcoming people who live there is a distant aunt, uncle or cousin — and in a way this is true, since almost everyone is descended from the 14 settlers who arrived there from the neighbouring region of Charlevoix in 1838, the year Saguenay–Lac-Saint-Jean was founded. Now, 175 years later, people find it hard to leave this little gem behind, as I know only too well. 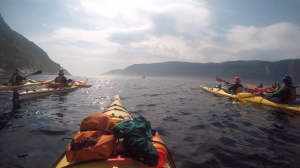 From sea kayaking to via ferrata, this area was made for adventure seekers 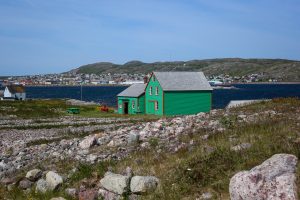 Here’s what to know before you go