North of Manitoba’s 53rd parallel are untouched landscapes, filled with towering black spruce, deep, cold lakes and elusive wildlife waiting to be discovered. Take the roads less travelled and you’ll be amply rewarded for your adventurous ways, for it’s here you will find the province’s unofficial Waterfall Alley.

Start your road trip southeast of Flin Flon at the oddball among Manitoba’s waterfalls. Inside Grass River Provincial Park and Iskwasum Landing Campground is the trailhead for the Karst Spring Trail. Why oddball? Because unlike a traditional waterfall, where a flowing river spills over a rock face, this exuberant upwelling of groundwater bursts out of a sedimentary rock cliff. It’s a tap that never gets turned off.

Hydrologists explain that it’s the meeting of Manitoba’s lowland landscape and the mighty Precambrian Shield that causes the phenomenon known as a karst spring—hence the trail’s name. Whatever the origin, it’s a breathtaking sight as the water hisses and bubbles over ancient rocks. Sit for a while on the mossy rocks and fill your lungs with the unmistakable spruce-scented air of the boreal forest. You might just get a visit from a friendly Canada jay.

Spend your first night of this road trip in Flin Flon, a town named after Josiah Flintabattey Flonatin, a character from a long-forgotten dime store novel. The mining community rests on curved slabs of pinkish volcanic rock, rich in zinc, copper, silver and gold—providing one of the most unique townscapes to be found.

Stop for a bite at the Rock ’n Diner & Bakery for the Twist & Shout burger, which comes topped with bacon, cheddar and an onion ring. Don’t leave without adding half a dozen butter tarts to your order for road snacks.

At Bakers Narrows Lodge, just a stone’s throw outside of Flin Flon, the warm glow of the wood in your authentic log cabin will lull you to sleep. Then it’s up bright and early for a day of fishing on Lake Athapapuskow. This is the land of big fish — really big fish. You’ll need to hang on tight as a mammoth lake trout or snarly northern pike takes your hook.

A two-hour drive from Flin Flon, the historic Grass River makes a big splash near the town of Snow Lake. This bonafide waterfall, Wekusko Falls, takes a 12-metre plunge inside Wekusko Falls Provincial Park, once part of an important fur trade route where explorers like Samuel Hearne were likely annoyed at having to portage around the mighty rapids. Today’s explorers have it easy. A walking path near the campground (with over 100 sites) includes two suspension bridges with views that simply don’t get any better.

These cold and clear waters offer up exceptional angling experiences, so make Wekusko Falls Lodge your home base for catching the big one. Roomy cabins, home-cooked meals, boat rentals and a tackle shop stocked with Musky Killers and Shad Raps set up anglers for ultimate success.

Looking for a little side trip? Herb Town, on Wekusko Lake, was once a thriving mining settlement of over 800 people. When the mine called it quits, abandonment was quick and nearly everything was left behind. Weather and time have swallowed most of the old town but it’s still incredible to know it was once packed with people. Get there by boat only.

It’s big, beautiful and breathtaking. Pisew Falls, located in the eponymous provincial park, is without a doubt the crown jewel of Manitoba’s waterfalls (but not the highest!). And, it’s just metres off the highway heading into the northern city of Thompson. The boardwalk gets you close enough to practically feel the thunderous roar of the Grass River as it cuts through the craggy cliffs on its 13-metre fall. It makes for fabulous photos any time of the year, but particularly in early summer when chunks of river ice remain and the spring melt increases the volume of water through the channel.

Don’t miss the half-kilometre hike to the Rotary Bridge on the far side of the Pisew Falls parking lot. You won’t forget the iconic view of the river from the suspension bridge as it continues its path north. But on the way, look down. The constant moisture created by the falls creates a microclimate that’s more coastal than land-locked, supporting fungi, mosses, lichens and rare species including the thumbnail-sized Calypso bulbosa, one of 37 species of native orchids in Manitoba.

The Rotary Bridge is also the jumping off point for serious waterfall hunters in search of Kwasitchewan Falls, Manitoba’s highest. At 22 kilometres round-trip, the hike is not for the faint of foot: boggy sections, plenty of tree roots, fallen branches and steep climbs are all part and parcel of hiking in the north. The trail snakes along the Grass River on the way in and Phillips Lake on the way out, providing alternative views of the boreal landscape.

An overnighter at the designated camp spot—right at the falls—is highly recommended and unquestionably rewarding because, when was the last time you slept at a waterfall?

Soak up more of the north with a stay at Paint Lake Provincial Park, with over 80 sites and six yurts clustered on a private peninsula. There are even two backcountry campsites on the lake for those who really need to get away from it all. And they are free!

Need a bit of luxury after all that exploring? Paint Lake Lodge and Marina offers modern cabins, a full-service restaurant (don’t miss the ribs), convenience store, boat rentals and fishing guides that will put you on the prized walleye, arguably the province’s best-tasting fish. There’s also a spacious patio overlooking Paint Lake to enjoy a post-angling beverage.

This article is sponsored by Travel Manitoba. Visit travelmanitoba.com to start planning your trip. 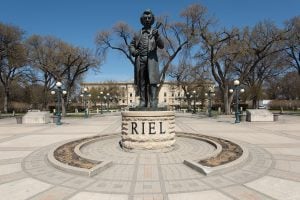 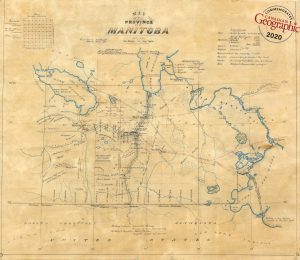 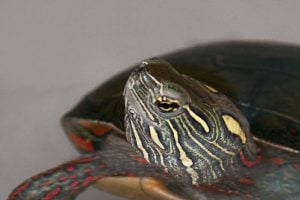