Map lets you visualize shipping traffic around the world

Interactive data visualization illustrates the incredible number of ships criss-crossing the world's oceans at any given time
By Joanne Pearce
May 29, 2017

Thousands of containers of goods are shipped around the world every day in a global trading process so massive and complex, it can be hard to imagine.

To capture the enormity of the situation, Kiln, a London-based visualization studio, created the beautiful interactive map below:

The map, based on research from the UCL Energy Institute, shows the routes of global merchant vessels carrying cargo in 2012.

Statistics about the cargo itself, such as the number of container slots or weight of goods, are included at the top of the map.

The routes of the ships are represented by lines criss-crossing the bodies of water, as seen in this zoomed-in view of the Great Lakes and the St. Lawrence Seaway. 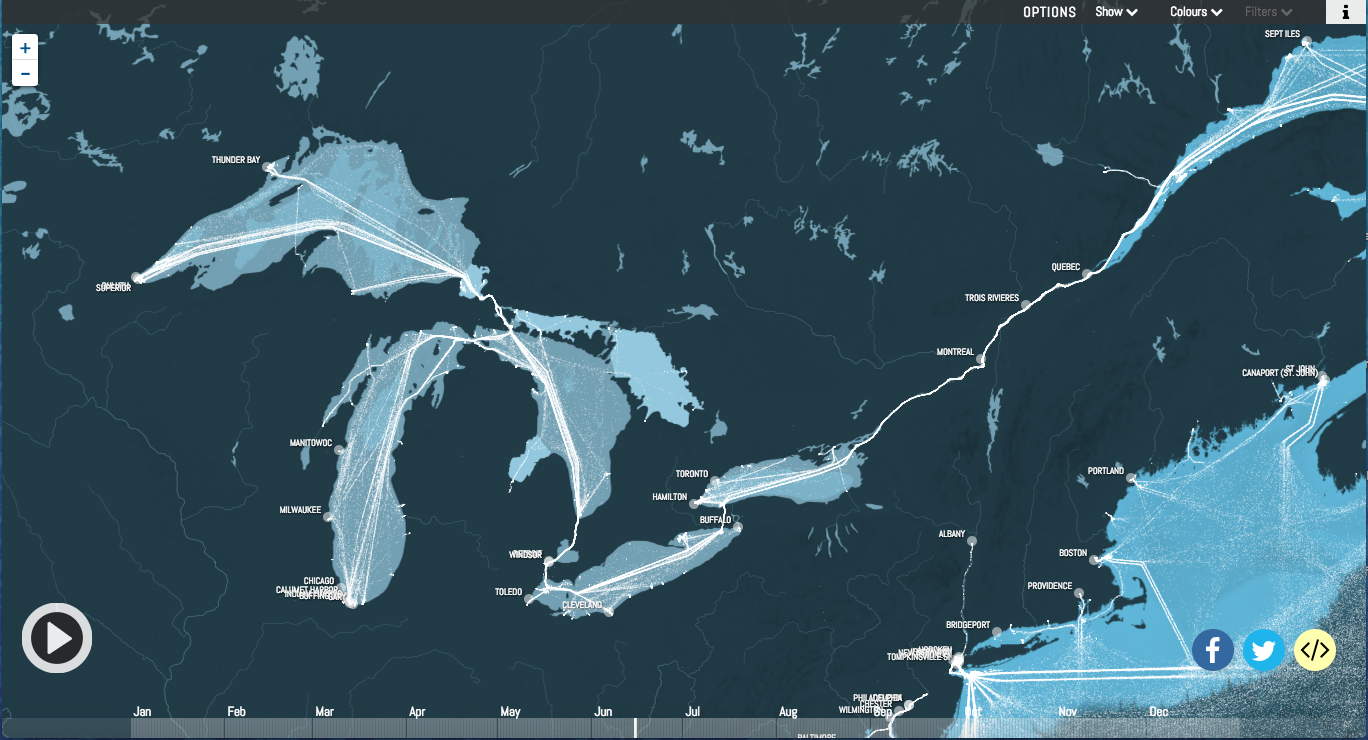 The environmental cost of global shipping is tracked too, with the carbon dioxide released by ships per hour visible in the top left corner of the map. 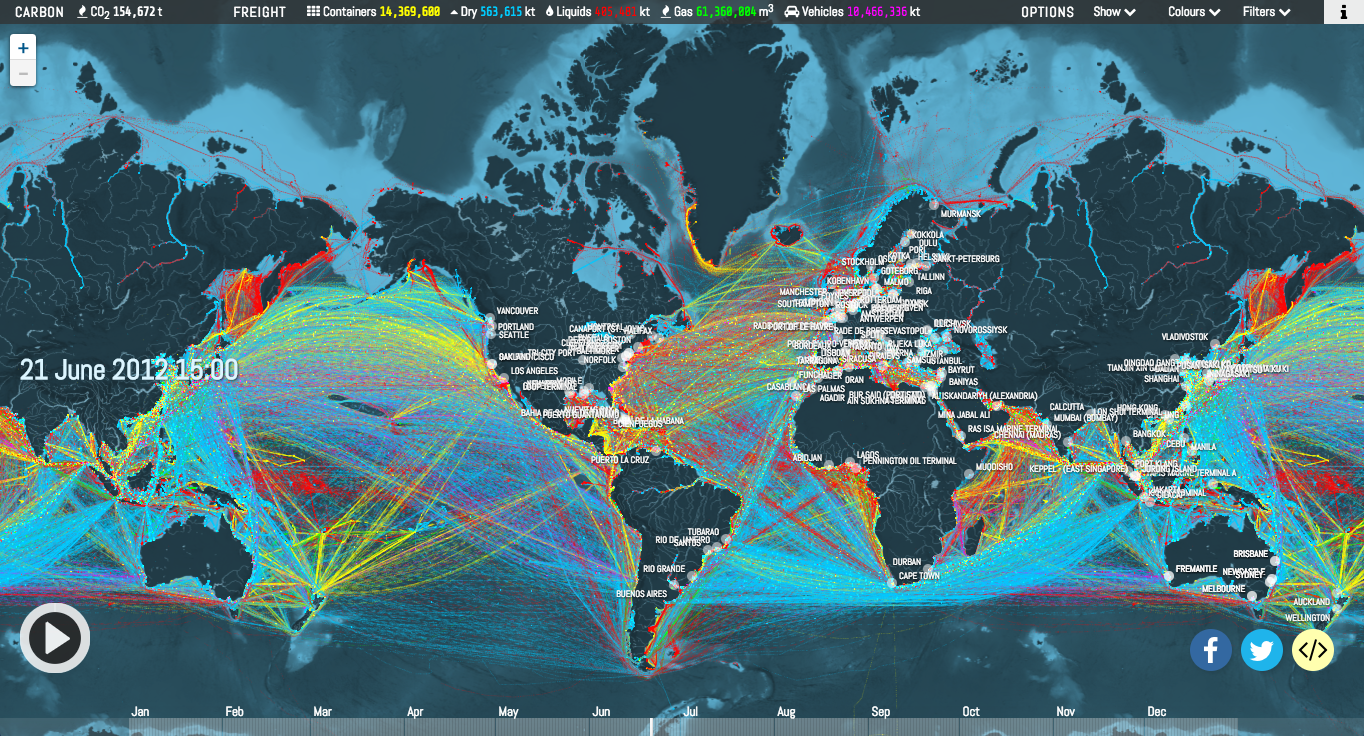 Users can also zoom in to examine different shipping routes and play with the timeline feature at the bottom of the screen to see how time of year affects distribution. In central Canada, for example, ships move up and down the Great Lakes and the St. Lawrence River. The dots even pause, marking ports where the ships unload their wares and take on new cargo before moving back the way they came.

When filtered for type of freight, the map shows that the majority of goods transported in the Great Lakes area were dry bulk goods such as iron ore, coal, cement, and limestone: 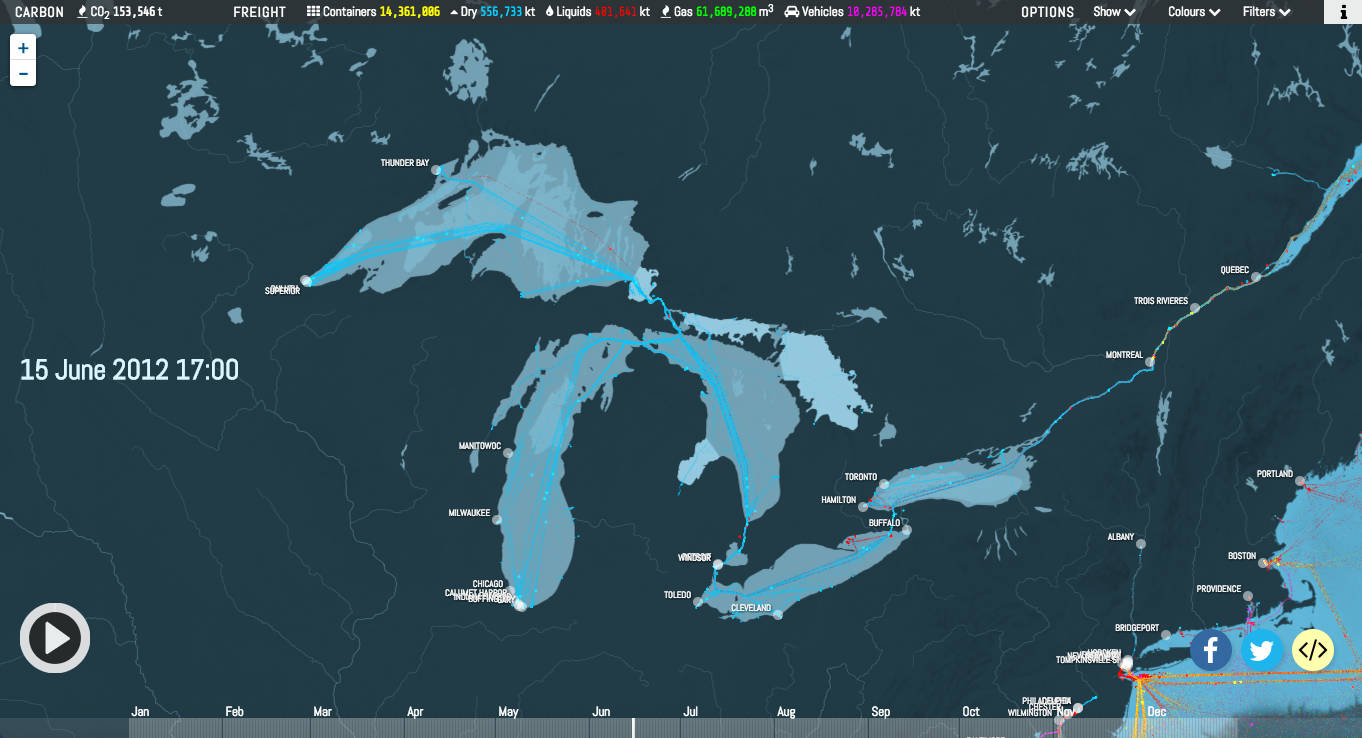 While the dots on the map are small, each of them actually represents a very big ship with its own unique crew, cargo and stories. Pick up our July/August issue, on newsstands July 3, to read more about life aboard a giant "laker." 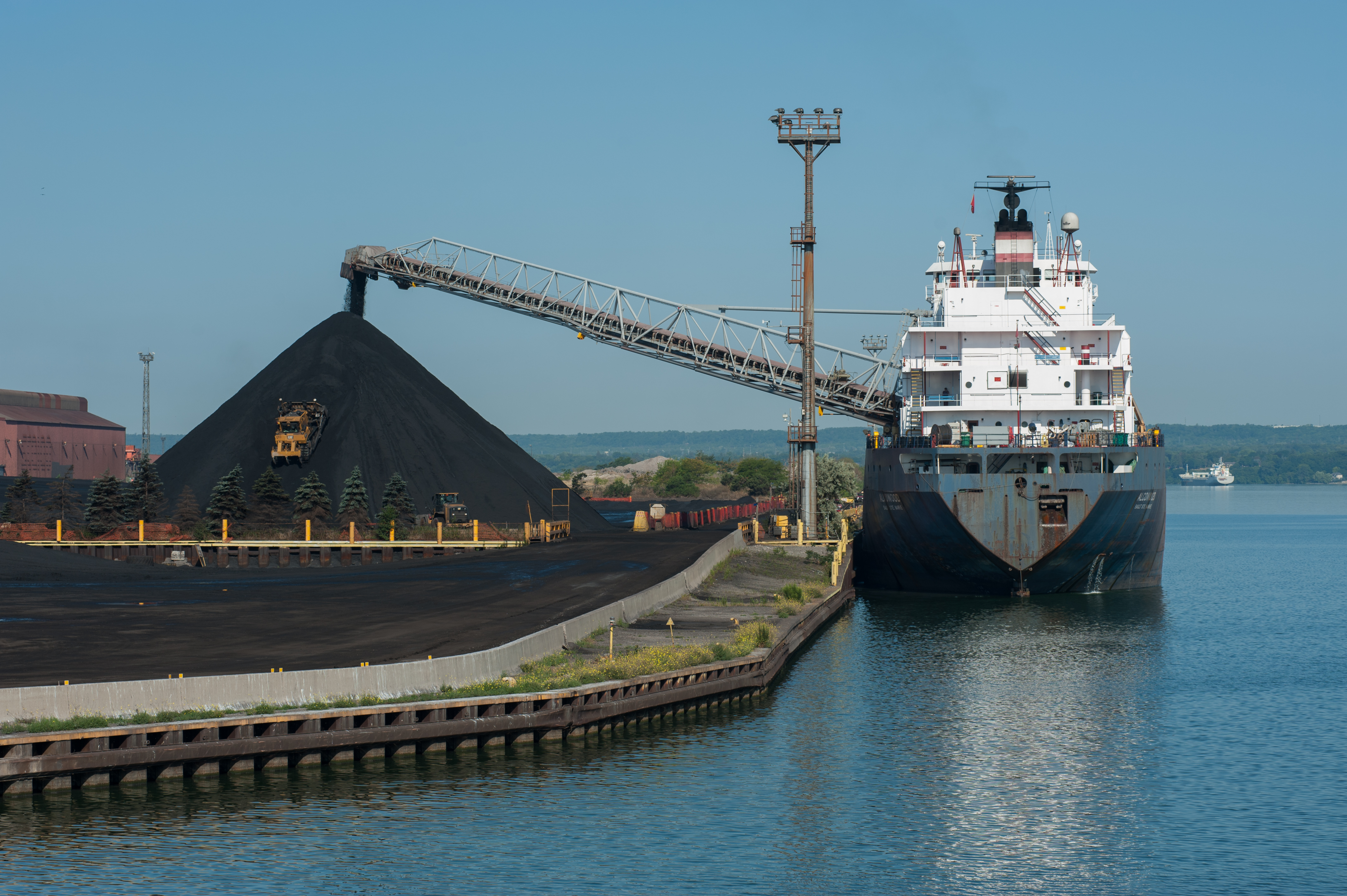 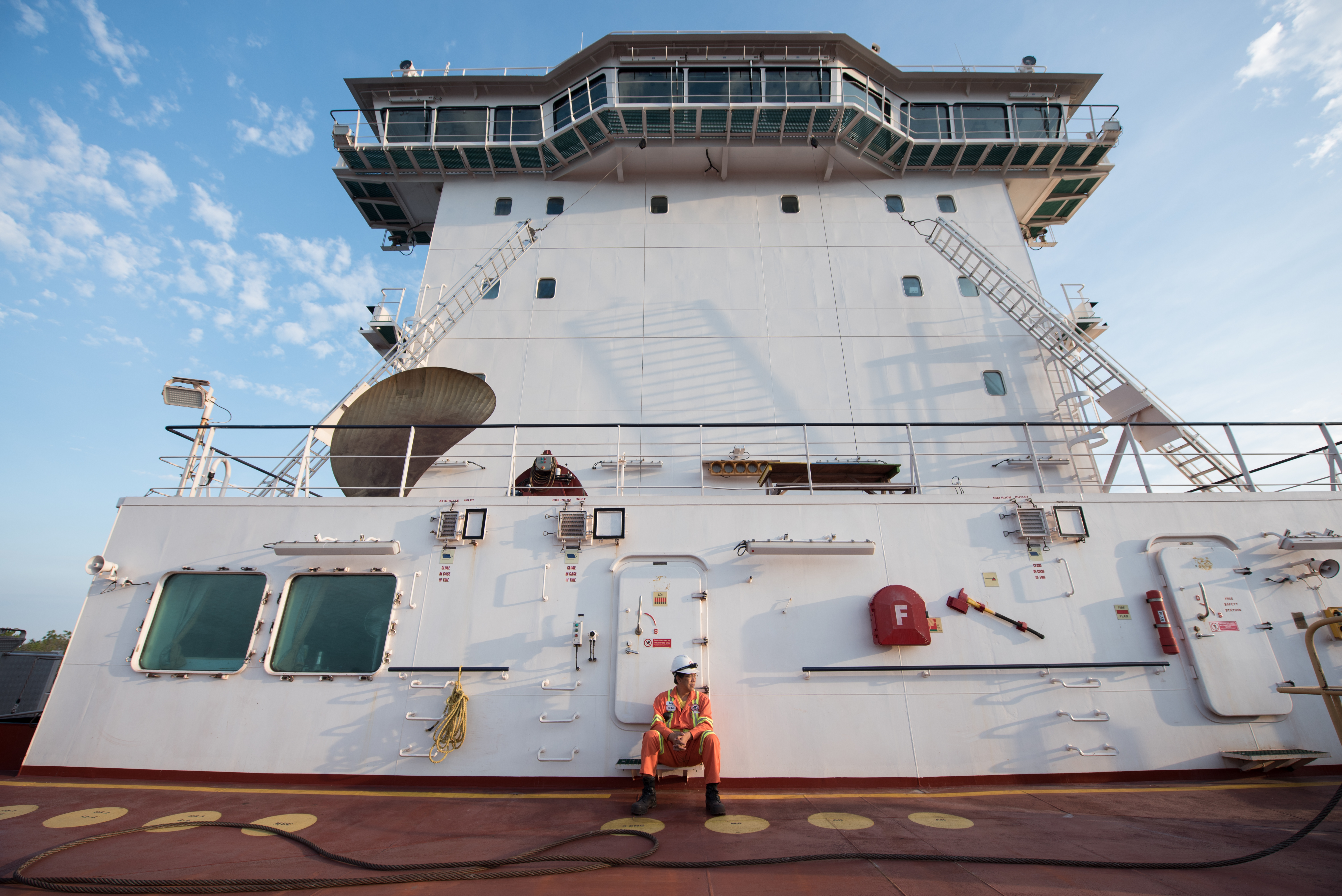