Games were started in 1970 to give northern athletes more opportunities for training and competition
By Angelica Haggert
April 7, 2020

More than 500 athletes, trainers and officials launched the first Arctic Winter Games in Yellowknife in 1970 — but the event will have to skip its 50th anniversary due to the COVID-19 pandemic.

The biennial games were designed to provide athletes from the North with opportunities for training and competition. Athletes for the first games came from the Yukon, Northwest Territories and Alaska. Athletes are now included from more places across the Arctic Circle, including other Canadian provinces, Greenland and parts of Russia.

In 1967 Cal Miller, an advisor to the Yukon team at the first Canada Winter Games, was disappointed by the performance of the northern athletes. He noted that athletes from the south had greater access to training facilities, equipment and sponsors.

Miller, along with the commissioner and with the MP of the Northwest Territories, proposed a competition just for northern athletes, which took about two years to come together. 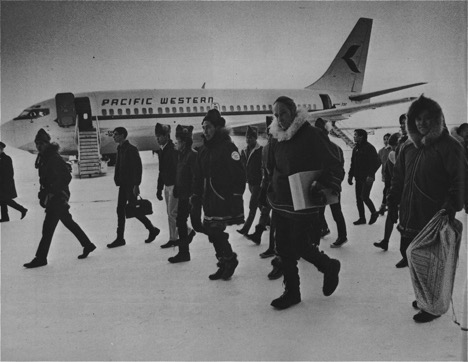 Northwest Territories competitors arriving in the capital after one of the many charter flights organized to bring people together from all parts of the North American Arctic for the 1970 games. (Photo: Arctic Winter Games International Committee)

Sports included in the games differ from year to year and often include games unique to the North, like dog mushing, and traditional Inuit games such as the knuckle hop and one-foot high kick. Indigenous sports began as demonstration events but now hold official status.

Alpine skiing, badminton and snowboarding are also common features at the games. 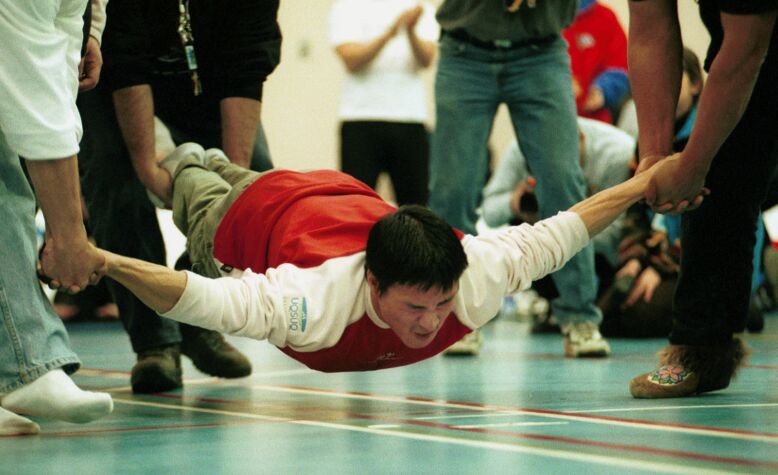 For the plane event, shown here at the 2002 games, competitors must hold themselves as stiff as possible for as long as possible, while teammates walk their planked bodies around the room. (Photo: Arctic Winter Games International Committee) 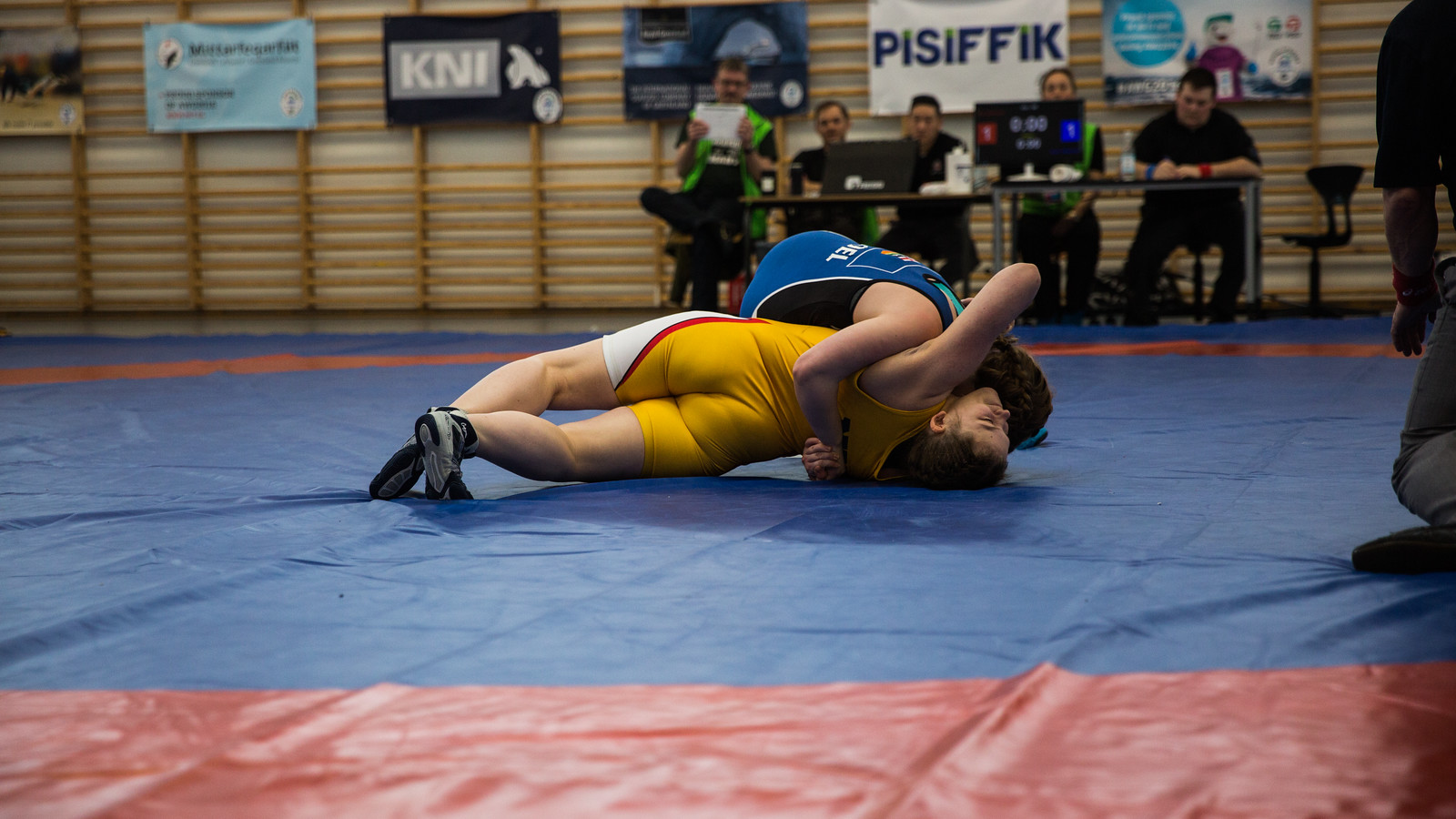 Along with the sports, a cultural program is offered during the games, with visual arts and crafts connected to the participating communities. A cultural gala ends the run of the games.

At each Arctic Winter Games, the Hodgson Trophy — a piece of Inuit art created from a narwhal tusk in 1978 — is awarded to a contingent whose athletes best represent fair play and team spirit. Each team member from the winning contingent receives a pin. Instead of being awarded the actual trophy to take home, the contingent and winning athletes receive a photo of the trophy.The trophy itself remains on display in Whitehorse, Yukon. 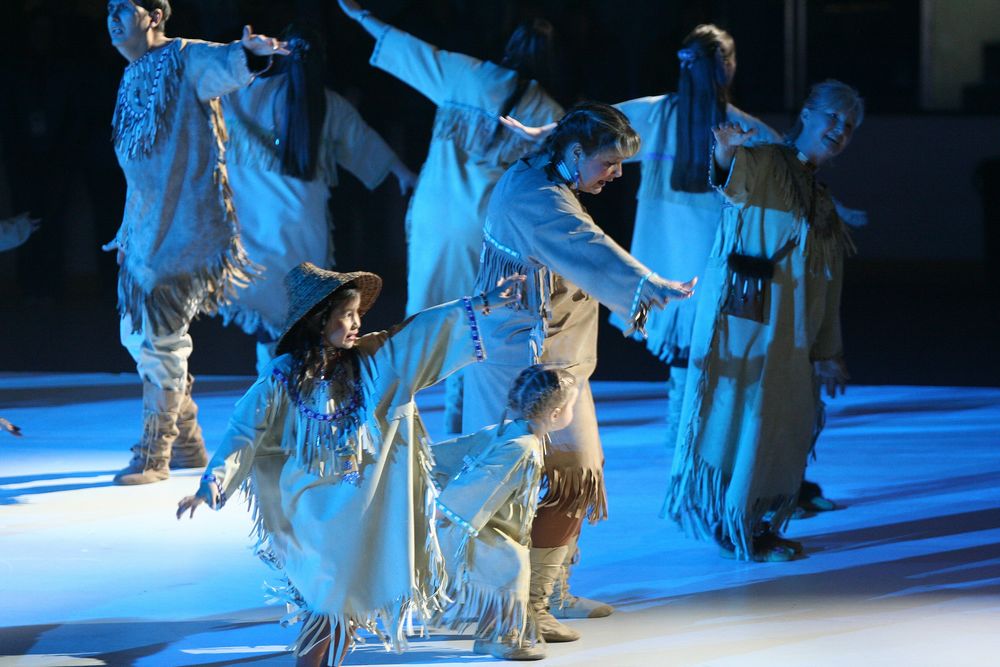 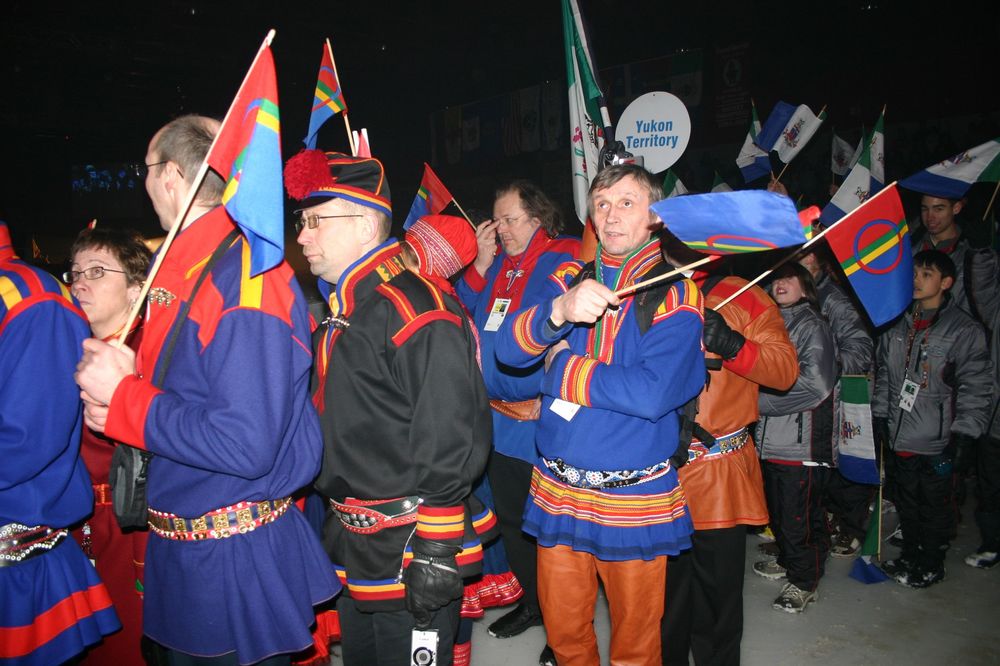 In 2020, the 50th anniversary Arctic Winter Games were set to be held in Whitehorse, but were cancelled due to the ongoing threat of COVID-19 just one week before the games were to begin. More than 2,000 volunteers were set to assist.

“The Arctic Winter Games has been an important part of developing athletes and communities across the North for 50 years,” says John Flynn, international committee president. “We are all looking forward to the next 50 and thank our partners for putting our Arctic Winter Games family’s safety first.”

“In a setting like the Arctic Winter Games, even a suspected case would be devastating. It is with a heavy heart that I have had to make this recommendation. It is the responsible recommendation, and it is very unfortunate,” says Elliott.

The 2020 games will not be rescheduled. The 2022 games will be held in Wood Buffalo, Alta.

Watch this video from the Arctic Winter Games International Committee of the first games in 1970:

Canadian Geographic commemorates 2020 is a series of articles, funded by the Government of Canada, celebrating milestone anniversaries of significance to the country's history.