In 1998, former U.S. vice-president Al Gore gave a speech titled “The Digital Earth,” rhapsodizing about the future of geospatial information. Within years, he predicted, it would change how we understand the world around us. Today, that vision is reaching fruition in a new software package from Calgary-based PYXIS innovation.

“[Gore’s] main metaphor was a child able to zoom in and out and explore the Earth on many levels,” Peterson says. “That vision is what’s driving many of us interested in creating a new medium to search for and explore information.”

WorldView works on a global map made up of cells, each one able to hold and display spatially referenced data, like a super-charged spreadsheet. Say you want to look at moose distribution in Alberta. You’d start with a provincial map and stream in tracking data on moose. Concerned about run-ins with vehicles? Drop in data on roadways, and you’ll see where moose populations and traffic concentrations intersect. The more data you add, the more detailed the picture.

WorldView’s applications are myriad, ranging from policy and research to business and industry. Education is a particularly important area, and Lynn Moorman, a professor in the department of Earth sciences at Calgary’s Mount Royal University and a Canadian Geographic Education executive, is collaborating with PYXIS to develop a version of the software for schools, especially at elementary levels.

“We’ve been building the interface from scratch, informed by pedagogy and research,” says Moorman. “We want something that has an easy flow, that uses a natural language. If I say, ‘Here’s some information I want,’ I can easily visualize it on this technology. Then I can ask specific questions. That’s the power of it.”

The classroom adaptation of WorldView — funded by TECTERRA Inc., a geomatics technology-commercialization agency, and in-kind contributions from Calgary’s Connect Charter School and Canadian Geographic Education — goes beyond basic learning, Moorman adds. It also shows students the power of geospatial information and the role it plays in problem solving.

And that may be its greatest value. Says Moorman, “It gets the students thinking about being enablers of a solution.” 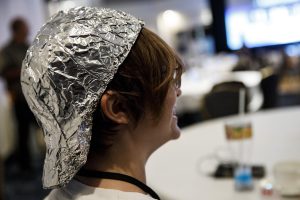