Waking up in Pyongyang

In May 2018, writer and comedian Michael Palin travelled to the Democratic People’s Republic of Korea to make a documentary about life in the most secretive nation on earth. The following is an excerpt from the journal he kept, which is now available as a book, North Korea Journal.

Six a.m. A low vibrating hum seeps into my subconscious, which slowly becomes my conscious. I walk like a zombie to the window, and still can’t pin down what the sound is, where it’s coming from. I return to bed. Weird dreams that I’m in North Korea.

Later. I am in North Korea, and making the long trip to the breakfast hall. Nick is already there, tucking into an omelette. The mystery of the morning music is explained. He tells me the sound that wakes us is a patriotic anthem called “Where Are You, Dear General?” which evokes the Great Leader Kim Il Sung.

Music is regarded as a very important element in party unity, broadcast from speakers across the city to motivate the masses, which is why it starts so early, and resounds across the city every hour on the hour until people are at work.

After breakfast, we climb aboard our unit bus accompanied by our two official guides. Old age is revered here. With retirement age in the DPRK at 60 for men and 55 for women, anyone still alive in their mid-seventies is treated with respect bordering on the devotional. So Hyang takes my arm and helps me up the steps into the bus. “Are you tired?” she asks, with concern. As it’s only 9:15 in the morning, my response is a little on the brusque side. She nods sympathetically.

“I will be like your daughter,” she says. After a short journey on traffic-free roads our little convoy pulls into the forecourt of a large school, beside an AstroTurfed sports pitch. At the main entrance a van is delivering soy milk for the school break. Above the door is another of the framed twin portraits of the Great Leaders, and once inside there they are again, this time in a mural, standing amongst tidily uniformed schoolchildren, surrounded by chunky twentieth-century computers. No flat-screens here. Not yet.

The middle-school pupils I’m here to meet are all in their mid-teens, and clearly primed for a visit. As I’m introduced by their teacher they sit upright at their desks, all in Persil-clean white shirts and all bearing the red badges of the Children’s Union. They greet me in English, which, I learn to my surprise, is a compulsory subject for them. They’re well drilled, and spirited. I produce a blow-up globe like the one I’ve taken on many of my round-the-world travels, and as I puff it up with exaggerated effort, they urge me on with each breath. “One! Two! Three! Four! Five!” until at “Ten!” the world is inflated.

The globe had been a source of contention earlier as Mrs Kim, having asked to see it first, noticed that it showed Korea as a divided country. The official line here is that, as there has been no officially agreed conclusion to the civil war of the 1950s, South Korea should not be seen as a separate, sovereign country. The problem was eventually solved by inking in the whole of the Korean Peninsula with a Sharpie.

We end up bouncing the world around the class, as each one who catches it calls out the name of a country, and throws it on. It gets quite fast, veering on the out of hand, but there’s enough humour in their responses to give me hope that they’re not simply programmed to please. Q and A, however, meets with mixed success. “What other countries would you like to visit?” is on the borderline of controversial and I sense eyes flicking to the teacher before any response. No one says Great Britain, and when I ask if anyone has heard of the Queen every head shakes emphatically.

I ask some of them what they want to be when they leave school. They opt for mostly safe choices – engineers, scientists, soldiers, teachers – but one girl declares that she wants to be “a famous writer.” I ask what she’s written and she stands up and recites a poem. I can’t understand exactly what it’s about, but the passion and intensity of her delivery are very powerful and there are tears in her eyes and mine as she finishes.

I’m a touch disappointed to be told later this impressive outpouring of emotion was ideologically driven, the poem being a paean to the founder of the republic, Kim Il Sung, and to Paektu, the sacred mountain, where he’s said to have taken refuge to organise resistance to the Japanese, who occupied Korea from 1910 to the end of the Second World War in 1945.

From emotional high pressure to physical high pressure in the sports hall, where I witness thrilling table-tennis skills. Some 20 tables in action, and no time for ambling amateurism. Table tennis here means never having to say you’re sorry. The players, in their early teens, move with springy athleticism. The air is full of squeaking soles, and shrieks of concentration as the balls fly like bullets.

Is this a show school? Undoubtedly. But I don’t feel that once we’ve gone the tables will be taken away and the all-weather sports pitch will become a police car park. Even if just one school in Pyongyang is equipped like this, it’s impressive.

“What other countries would you like to visit?” is on the borderline of controversial. No one says Great Britain, and when I ask if anyone has heard of the Queen every head shakes emphatically.

The creative hub of Pyongyang is the Mansudae Art Studio. Its status is underlined by a Hollywood-style arched entrance with decorated iron gates. Beyond it, a service road leads off into the distance, flanked by workshops, offices and production buildings. This is a massive state enterprise, employing a thousand artists who produce everything from paintings, carvings, prints and propaganda posters to the many statues dotted around the city. The Grand Monument to the Great Leaders was designed and constructed here. As there is no commercial advertising in North Korea, all creative energy is directed towards the glorification of the regime. There is no sense of embarrassment about propaganda. It’s seen as a perfectly legitimate way of publicising the achievements of the party and the revolution, and it brings all art forms under its umbrella.

In one studio an ex-railwayman, who apparently came late to painting, has almost completed a socialist realist canvas of fishermen at work, bringing in the catch. It’s carefully detailed, technically very skilful and has an energy which fulfils what I assume is its purpose – to inspire and celebrate the fishing industry of the DPRK.

Further down the corridor, a slight, studiously bespectacled man of late middle age works away in his studio, crouched on a small stool. He’s delicately applying the finishing touches to a poster on which hands from North and South Korea are clasped together, below the words ‘Our Nation.’  Two microphones on either side of the painting represent the power of dialogue. He tells me it’s not prompted by the recent handshake between Kim Jong Un and South Korean President Moon Jae-in but by Kim Jong Un’s New Year message, which set off the current round of rapprochement.

For him, a poster must give “encouragement and inspiration to people. It should make you feel emotionally connected.”

And it should be done whilst the message is strong. Posters are “urgent works of art. You have to do it quick.”

Some of them are fierce and often shockingly anti-American. One imagines they must be created by angry, bellicose zealots, but this elderly propagandist could not be more gentle and modest. As far as I can tell, the atmosphere of the Mansudae Studio is driven by artistic skills as much as by national rage. Or is it just the people they’ve chosen for me to meet?

I don’t have to agonise over political issues at my next port of call. A stark concrete exterior gives a totally false impression of the pleasure palace that awaits inside the Changgwang Health Complex. In the pillared and domed central hall, the walls and floors are tiled in marble. Coloured fountains welcome you with a play of changing lights.

My eye is taken by a beauty salon and barber’s shop combined. On the way in there is a wall chart showing the fifteen approved haircuts. North Korean men are directed to keep their hair shorter than five centimetres, unless they’re bald, in which case a comb-over is allowed. All of the styles, displayed largely in profile, seem to be exactly the same: short-cropped and tidy. None of them, I notice, dares to resemble the distinctive basin cut of the current leader.

The salon itself is a crescent-shaped room with basins, mirrors and a row of adjustable chairs, manned, or rather womanned, by formidable ladies in white coats. They will dispense just about anything you want done to your head, short of a lobotomy. I opt for a massage which is duly delivered by a stern lady with steel fingers. Though it’s administered as if it might be a punishment, the overall effect is quite the opposite, soothing me into the most comfortable state of relaxation I’ve experienced since my arrival in Pyongyang.

By the time I’m back on the 25th floor of the Koryo Hotel it’s midnight. I feel as if I’ve been here three weeks rather than three days. We’ve worked hard, but no one’s complaining. We’re all still intoxicated with the strangeness of North Korea.

Waking up with the whales on Quirpon Island, Newfoundland

Quirpon Island has long been a favourite off-grid getaway for in-the-know travellers. Now, the Quirpon Lighthouse Inn is doubling down on its biggest draws: whales and icebergs. 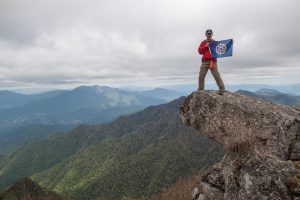 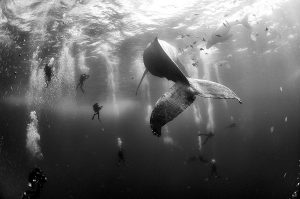