“Treasure of the Gulf of St. Lawrence” designated a Marine Protected Area

An underwater slope off the eastern tip of Quebec’s Gaspé Peninsula that has been called “a treasure of the Gulf of St. Lawrence” is now part of Canada’s newest Marine Protected Area.

On Wednesday, Fisheries and Oceans Minister Jonathan Wilkinson announced the official designation of the Banc-des-Américains (American Bank) MPA, protecting 1,000 square kilometres of one of the largest and most productive estuaries in the world and contributing to Canada’s goal of protecting 10 per cent of its marine and coastal areas by 2020.

“We applaud DFO for this designation,” says Alexandra Vance, a marine scientist with Oceana Canada. “It’s incredibly important that this area be protected and we’re happy this has been moved forward in a timely way.”

The MPA encompasses a rocky ridge extending 35 kilometres eastward from Cap Gaspé and adjacent sandy plains. It was identified as an “Area of Interest” — a designation that precedes full MPA status — in 2011, but it took a 2017 expedition by Oceana Canada in partnership with DFO to confirm what scientists had long believed: that the unique hydrography of the American Bank supports an astonishing array of life, from commercially important but depleted fish species such as cod and redfish to species at risk such as blue whales and leatherback sea turtles.

MPA designations are often stalled by a lack of data that proves the ecological importance of an area, says Vance. In the case of the American Bank, previous surveys had identified a sheer cliff face at the confluence of two strong ocean currents that had the potential to host a unique marine ecosystem. The diversity and abundance of species discovered there in 2017, however, surpassed expectations. Scientists deployed a robotic submersible called ROPOS (Remote-Operated Platform for Ocean Science) equipped with a high-definition live-streaming camera, and the images it broadcast to the surface were met with a chorus of oohs and aahs from the scientists, says Vance.

“We saw things like anemones and corals and sponges, and each of those individual species lends itself to a whole other suite of dependent species, so in a relatively small area, you have one of the most productive sites within the Gulf of St. Lawrence.”

At one point, the ROPOS encountered a dense school of capelin, a small prey fish. At the surface, the expedition team observed northern gannets diving for the capelin, while below, the ROPOS captured footage of cod hunting within the cloud of darting silver fish. “It was an absolute feeding frenzy,” says Vance. “It really highlights the complexity of this ecosystem and how the MPA is helping to ensure the protection of an entire marine food web.”

Watch: Cod feeding on capelin in the American Bank

Live from the ocean

One benefits of the ROPOS’ live-streaming capabilities is that the team was able to share their discoveries with the public in real-time.

“Any time we dropped the ROPOS down to one of our survey sites, we were broadcasting live,” says Vance. “People tend to want to protect what they can understand, so we really wanted to make this meaningful for Canadians and demonstrate that science can be cool.”

The excitement conveyed in the videos was genuine, she adds; although genetic testing is still underway, it’s possible that some of the specimens retrieved from the American Bank are previously undiscovered species.

Watch: ROPOS surveys a wall of anemones and sponges in the American Bank

Protecting the American Bank and beyond

The regulations set out by DFO separate the American Bank MPA into two distinct zones. In the more ecologically sensitive zone, encompassing the ridge itself, commercial and recreational fishing is prohibited, although Indigenous fishing for food, social and ceremonial purposes is allowed. In the second zone, commercial fishing is allowed with specific types of gear as long as it doesn’t target certain species of prey fish. Oil and gas drilling and the discharge of sewage or grey water from ships are prohibited throughout the area.

Currently, MPAs are designated on a case-by-case basis, each with its own unique set of restrictions. Ultimately, Oceana Canada hopes to see the American Bank integrated into a broader MPA network for the Gulf of St. Lawrence, with uniform regulations that take into account the needs of the whole ecosystem.

“[The Gulf] is a puzzle and the MPAs are all the different pieces,” says Vance. “We just want to make sure they’re working together and managed succinctly so that we’re protecting that broader ecosystem.”

• The parks beneath the sea 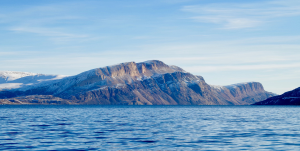 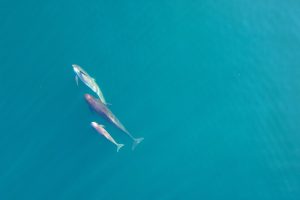 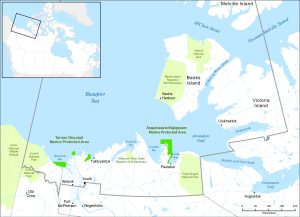