As a member of the legendary comedy troupe Monty Python, he’s made us laugh at lumberjacks, the Spanish Inquisition and a dead parrot. But over the last 25 years, Michael Palin has delighted millions more with his fascinating series of globe-trotting documentary films and the books that accompany them. Canadian Geographic spoke with the explorer extraordinaire prior to his being awarded The Royal Canadian Geographical Society’s Gold Medal for achievements in geography in Toronto on June 27.

Canadian Geographic: You’ve said you had always wanted to be an explorer. Why?

Michael Palin: I’ve never been able to satisfactorily pin down where my first instinct to travel came from — I think I’ve always been quite restless. As a child, I enjoyed reading anything that involved foreign countries. Through the adventures of explorers like Scott, Amundsen and Livingstone, I could sort of live my way into the wider world, even though I thought I was never going to get out and see it.

CG: And how did you come to get hooked on geography?

MP: When I was 10 or 11, an excellent teacher named John Hall got me very excited about it. He was very keen that we should learn our geography on the ground, so he took us out on a lot of field trips. Sheffield, England, is known for its steel mills and coalfields, and he would tell us why a mill or a colliery was in a certain place. Explaining the way it all connected to the city we lived in made it interesting.

CG: How did your hometown, Sheffield, help shape your love of exploration?

MP: It was a geographically exciting environment to grow up in. It’s in a beautiful setting, close to the Peak District, and there are some lovely walks, caves and a quite dramatic landscape of millstone grit escarpments.

CG: Did your work in Monty Python play a similar role?

MP: It was more the opposite, really, with my love of exploring and travel sort of helping shape what Python did. Very early on, Terry Jones [comedic collaborator] and I were interested in filming away from the studio. We persuaded the others that getting out of London gave us more options. So we filmed in Scotland and Yorkshire, and eventually filmed almost all of our first film, Monty Python and the Holy Grail, in the Scottish Highlands.

CG: What was it like making the transition from comedian to your second career as a travel writer and explorer?

MP: When I was asked to present my first travel documentary, Around the World in 80 Days, I wasn’t sure of my role. At the start, I played the modern-day Phileas Fogg role, the Englishman abroad, and I was half acting, half being me. But after spending about a week on a dhow sailing from Dubai to Mumbai, I’d forgotten all that and I was just myself. When I got off that boat, I realized it was much better to be me than to be a character, and from that moment on I think that’s what anchored all the series.

CG: Monty Python is known for its absurdist, surrealist sense of humour. Were you trying to avoid or temper that when making Around the World in 80 Days?

MP: I didn’t really worry about it. I was aware that humour was going to be very important. It’s a good way of connecting with people whose language and culture you aren’t familiar with. But there was no point in pretending that I didn’t have a sense of humour and hadn’t done a lot of comedy. I didn’t feel I had to suppress it. I just realized I had to play it slightly differently. I was also aware that geographical information is important, and I didn’t want to be seen as not taking it seriously.

CG: Your most recent project is Brazil, but you’d never been there until two years ago. What took you so long, and why go now?

MP: It’s got nothing to do with preference, but it’s just never been on my map of the journeys we’ve done, so I thought I ought to go and fill that gap. There’s going to be a lot happening in Brazil in the next few years — the World Cup, the Olympics — and I felt this was a place people would want to know more about. I’ve always wanted to do a program on one country, and there are so many aspects to Brazil that I felt we could really do it justice.

CG: Like Brazil, your earlier programs and books have a significant focus on people. How important is human geography to you?

MP: It’s very important, and it’s the area I feel most comfortable with. I’ve always been interested in human behaviour. I suppose that’s why I started writing and acting, as a way to try to observe and reproduce things about people that others might not have noticed. When you’re travelling, I think that interest enables you to demystify the idea of being a foreigner abroad. Once you realize that there are various ways in which you can connect with people besides spoken languages, it becomes very liberating.

CG: In 2012, you completed a three-year term as president of the Royal Geographical Society. What did you learn?

MP: I suppose I could say I learned the breadth of geography. At the RGS, I knew there was a long tradition of exploration, exemplified by names like Wilfred Thesiger and Francis Younghusband. But then there’s also the modern-day academic side, which I hadn’t known much about. It’s getting better now, but geography courses have been undersubscribed in the U.K., and you have to fight quite hard for geography to be given the priority it deserves. What I’ve never understood is how people can love stories of travel, but be more interested in studying history. Geography is much more immediate. It explains the present, where we are, why we’re there, the transport we take, the weather we have — all that is allied to geography.

CG: How has technology changed geography, travel and the desire to explore?

MP: It’s odd now — or maybe it’s encouraging — that we have the ability through things like Google Earth to zoom to any part of the planet. And yet our sense of where places are and the sort of people who live there is still sort of quaint. We’ve got to use the ability to see the world virtually, but still encourage people to see and interact with it for themselves. It’s vital to try and get out there if you can.

CG: You’ve spent some time in Canada, most notably in British Columbia during the Pole to Pole journey. Any notable memories?

MP: I’d love to come back and spend more time in Canada. It’s such a huge and fascinating country. I’d seen a bit of it in the 1970s when we did a Monty Python tour. It was all rather disastrous though, because whoever organized it had a very rudimentary grasp of distance. He thought we could drive from Winnipeg to Calgary overnight, set up and do the show the next night. It was a whistle-stop tour, and we still had to stop and buy props like dead parrots on the way. There aren’t that many dead parrots in Regina.

CG: What’s the most memorable place you’ve been?

MP: There are so many, and I have to be very careful here because I’ll remember one but not others. Chile and Patagonia were extraordinarily impressive. I think it was the mix of the glaciers, the lakes and the twisted peaks. Kamchatka, on the east coast of Russia, was also beautiful. It has about 25 volcanoes that might erupt at any moment, and geysers as powerful as any in Yellowstone.

CG: And who has been the most memorable?

MP: Sherpas in Nepal are absolutely extraordinary. I don’t know how they can scamper up mountains with a 40-kilo load on their backs and no shoes on. And the Gujarati fishermen who took us on the dhow from Dubai to Mumbai in Around the World in 80 Days and looked after us so well, I’ll never forget them.

CG: How long does it take to complete each travel project? And what’s next?

MP: If you want to do it properly, it’s 18 months to two years of work. Brazil took almost a couple of years of preparation, then there was the filming and post production, then the book, which takes quite a while to write, then finally the publicity. When it’s all done, I like to sit back and let it bed in, so right now I have no big projects lined up.

CG: So there’s more time for novel writing, then?

MP: Well, yes! In the novel I published last year, The Truth, the whole central section was set in India, so in a way it was combining travel and fiction.

CG: So even when you’re at home writing you still have one foot out the door?

MP: Yes, definitely. That goes right back to my childhood. I was at home, and yet in my imagination, stimulated by books and maps, I was somewhere else. And I can still do that.

1965 Graduates from Oxford and begins working in TV.

1969–1974 Palin, Jones, Cleese, Chapman, Idle and Terry Gilliam establish themselves as one of the most famous sketch comedy groups ever, with Monty Python’s Flying Circus.

1975 The movie Monty Python and the Holy Grail is released. Palin plays the characters of Sir Galahad and a knight who says “Ni,” among others.

1988 Wins Best Actor in a Supporting Role BAFTA (British Academy of Film and Television Arts) for his role in A Fish Called Wanda.

1989 Presents his first travel documentary, Around the World in 80 Days, modelled on the Jules Verne story of the same name, and returns with only 17 hours to spare.

1993 Has an asteroid named after him. 9621 Michaelpalin is somewhere between Jupiter and Mars.

1997 Visits 17 countries in 10 months, travelling a total of 80,000 kilometres for the documentary Full Circle. Along the way, he learns how to cook an egg in a volcano.

1999 Marks Ernest Hemingway’s 100th birthday by retracing the writer’s steps through the United States, Europe, Africa and the Caribbean during Hemingway Adventure.

2002 Faces extreme temperatures, and camel poisoning, while trekking through the desert for Sahara.

2004 Travels from the border of Afghanistan to southwest China for Himalaya. Spends over a month in Tibet, working above 3,900 metres.

2007 Loses a notebook — the first time he’s done so in seven TV series — while filming New Europe, about his travels through 20 countries in central and eastern Europe.

2008 In 80 Days Revisited, he celebrates the 20th anniversary of his first journey by heading to Mumbai and searching for people he met there.

2011 Makes his first visit to the country that made samba and Pelé famous to work on his most recent documentary TV series and book — Brazil. 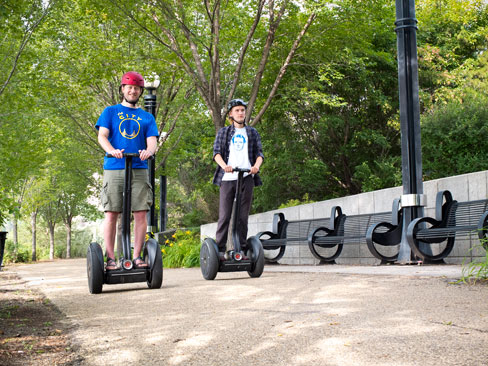 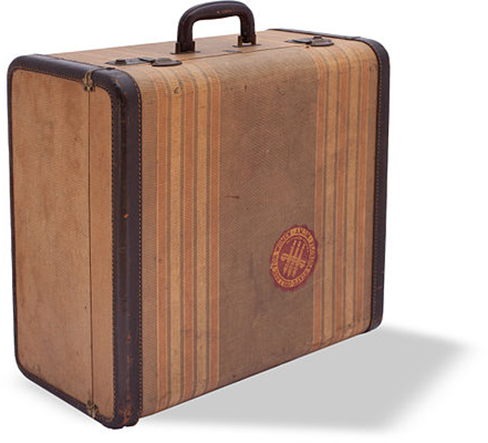