A picture can’t always paint a thousand words — at least where memory is concerned.

Results of a new study show that taking photos can actually decrease your ability to remember things.

“I was interested in how taking photos can shape what we can remember,” says psychology professor Linda Henkel from Fairfield University.

She says the question about memory came to her while being stuck behind someone at a concert filming the entire show with a cellphone. She found herself watching the concert through the little screen ahead of her instead of focusing on the actual stage. She then set out to discover if things like this could affect the way people remember things.

She created a series of experiments where she took groups of people to the Bellarmine Museum in Fairfield, Conn. and brought them, one-by-one, through a series of sculptures, statues, and artifacts such as the Bust of Metrodorous or a ceramic Tang Dynasty warrior. She asked participants to take a photo of half of the 30 exhibits they were shown after giving them time to look over the art.

“I kind of refer to this as a photo-taking impairment effect,” she says.

But it didn’t end there — it turns out that good photography (or at least more focused photography) could lead to better memories. Henkel organized a similar experiment where she asked participants to zoom in to a particular feature of one third of the exhibits. She found that people who did this didn’t display the same memory impairment. People remembered the object as a whole as well as individual features — and it wasn’t only limited to the feature they had zoomed in on.

“You’re engaging in more elaborate thinking of the object as a whole,” she says. “You’re thinking of the Tang Dynasty warrior because you’re taking a photo of it, even though you’re zooming in on a specific aspect.”

In other words, professional photographers and others who pay more attention to their photography subjects need not worry about memory deficit.

Except when it relates to the bigger picture. Henkel discovered that when participants zoomed their cameras into specific features, they displayed worse memory for the room they were in when the photo was taken.

“You have the benefit of a better memory of the object, but forget the context,” she says.

Henkel says that using memory aids, such as photographs or even writing, isn’t necessarily a bad thing. “In some ways, it’s laziness but it’s not a stupid strategy — we can’t remember everything.”

But she thinks the sheer quantity of digital photos that people take removes some of the benefits they could provide because nobody ever goes back and looks at their photos again.

“We almost view them as if they’re the documentary of our experiences, but we never put them together in some way that makes us remember.”

In the future, she wants to examine whether people’s memories are improved when they are allowed to choose the items they put behind the lens.

“It may be that they don’t get that photo impairment because they are choosing things that are more memorable or meaningful for them.”

But until we fully understand the effects of photography on our memories, it may be a better idea to watch what you snap rather than snapping what you watch. 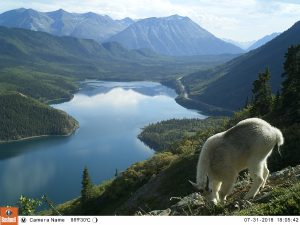 With millions of photos taken globally each day on smartphones, researchers have found they may also contain important ecological clues about our rapidly changing planet