Profile in courage: The Canadian man who saved his brother after a helicopter crash

Madden Sarver rescued his severely injured brother after their helicopter crashed in a remote mountainous area near Grande Cache, Alta. on Jan. 30, 2009. 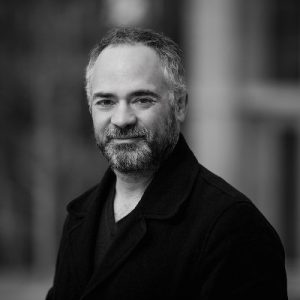 On July 20, 1972, the first Canadian Decoration for Bravery was awarded. On the 50th anniversary of the decoration, Canadian Geographic interviews five recipients who have been honoured for their exceptional acts of selflessness. The series forms part of Commemorate Canada, a Canadian Heritage program to highlight significant Canadian anniversaries. It gives Canadian Geographic a chance to look at these points of history with a sometimes celebratory, sometimes critical, eye.

“The engine’s dead,” Klint Sarver calmly announced to his brother, Madden, who was sitting beside him in the helicopter’s cockpit. “I’ve got no power.”

Madden looked through the windshield at the pine ridge rising ahead of them. “Are you gonna make it over the top of that hill?” he asked his brother.

“No,” Klint said, still unfazed. “We’re setting her down in the timber.”

The brothers had been flying an R-44 helicopter over a ridgeline towards Grande Cache in northern Alberta when they encountered a winter storm. “Ninety per cent of guys would never have went through it,” Madden said. Klint, an experienced pilot, remained unfazed even after the R-44’s carburetor iced over, killing the engine and forcing Klint to bring the helicopter down.

He directed the failing helicopter towards a small forest clearing surrounded by trees. The deadliest aspect of a helicopter wreck is not from the crash itself, but from the spinning rotor blades once the helicopter hits the ground. Klint aimed to rip the blades off against the tree trunks. This didn’t work. “We were chopping these trees off like a lawnmower,” Madden said. “Thwap, thwap, thwap.” Eventually, one of the rotor blades lodged into a tree trunk and abruptly stopped spinning.

Madden blacked out. When he came to, he realized he was lying on top of his brother inside the helicopter, which was now laying on its side on the forest floor. Madden did a quick self-assessment and determined he wasn’t injured. Then he said to Klint, “That was the coolest thing I’ve ever done. Man, we survived a helicopter wreck.”

Klint was less enthusiastic. “I’m in bad shape,” he told his brother. “I don’t know what happened. But I’m hurt. You gotta get me outta here.” Later, Madden would learn that Klint’s broken ribs had punctured his lungs. He was bleeding out.

Madden pulled Klint from the wreck and from under the mess of tree tops the helicopter had severed during the crash. After laying out a tarp and building a fire, he then returned to the wreck to find the R-44’s Emergency Location Transmitter. The shock of the crash should have activated the ELT to alert search and rescue, but the device hadn’t worked. Madden also retrieved the helicopter’s SPOT, a satellite transmission device. He pushed the emergency button a few times, but they were out of cellular range.

That’s when Madden left his brother and climbed 40 minutes up the ridge to see if could get a signal. He couldn’t. The sky was dark by the time he returned. “No one’s coming for us,” he told his brother.

Madden rigged some coaxial cable he’d salvaged from the wreck into a makeshift antennae for the SPOT and hit the 9-1-1 button, not knowing if anyone would be receiving the message. He tried to activate the ELT, too, but quickly got frustrated with the malfunctioning device. “I got mad at that ELT and I smashed it up against a tree,” Madden said. “Bing! It started to work.” The wreck wasn’t enough to activate the ELT, but Madden’s anger smacked it to life.

Still, Madden wasn’t just going to sit and wait for a rescue. Dressed just in jeans and running shoes, and carrying a “stupid dollar-store, hand-cranked flashlight,” Madden walked down the mountain, across a river and towards the nearest road, a hike of about three kilometres. That was where he spotted a STARS air ambulance (the acronym stands for Shock Trauma Air Rescue Service) lowering to land. Madden raced over.

The pilot tried to coax Madden into the helicopter, saying they would lift up into cellular range so Madden could phone the STARS dispatch and give them the crash location. Madden refused. He knew the STARS rescue team would immediately fly him to safety before returning to find Klint, and Madden wasn’t about to leave his brother on the mountain. They argued for a while, then Madden made the pilot a deal. “I’ll come up in the air and make that phone call with you,” Madden said. “But if you try to take off outta here, I’m crashing this bird. I’ve crashed one tonight. You think I’m scared to crash a second?”

At this, the STARS pilot acquiesced. He left Madden on the ground and told him he’d send for search-and-rescue on snowmobiles to bring out Klint. Madden waited for 45 minutes before trudging back up to his brother. “And good thing I did, boy,” Madden said. The fire was dying, and Klint was getting cold. Madden “gathered a whack of firewood” and restoked the fire.

The sound of snowmobiles signalled that help was near so he then walked back down the mountain to the search-and-rescue team and began guiding them back toward where his brother lay. The final ridge was too much for the snowmobiles and Madden and the rescue team was forced to make the final push to Klint on foot.

By then it was three in the morning. Madden had walked 16 kilometres since the crash and was both dehydrated and exhausted. Klint had been alone for two hours, growing weaker in front of a dying fire. Madden feared what he’d find over that last hill.

“I said to the search and rescue guys, ‘My brother could be dead. I don’t have enough strength to walk up and find his body. You have to do it for me.’”

Madden waited as the rescuers walked ahead. Then he heard one of them shout. “He’s alive and talking. Get up here.”

Klint would spend nearly a year recovering from his injuries and a bout of pneumonia his damaged lungs were vulnerable to. Then, last February, he contracted COVID-19.

“We just about lost him over COVID because of the punctured lung problems,” Madden said. But Klint recovered and is back flying helicopters. So is Madden, who has recently earned his pilot’s license.

As for the medal of bravery, Madden shrugs off the notion that he is some sort of hero. “I am living in this kind of a world full-time,” he said. “What I did that night was another day of work.”