Profile in courage: The Canadian man who dove 12 metres into the sea to try and save a friend

On Sept. 8, 1972, 15-year-old Edward Joseph Duff of St. John's, N.L., dove into the sea near Torbay in a valiant attempt to save the life of a friend who had fallen in. He managed multiple times to pull her within reach of the rocks, but, unfortunately, was dragged back by the waves each time. 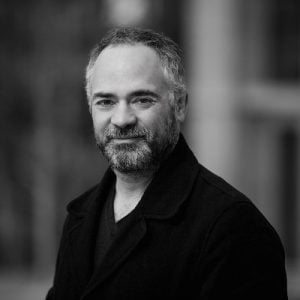 On July 20, 1972, the first Canadian Decoration for Bravery was awarded. On the 50th anniversary of the decoration, Canadian Geographic interviews five recipients who have been honoured for their exceptional acts of selflessness. The series forms part of Commemorate Canada, a Canadian Heritage program to highlight significant Canadian anniversaries. It gives Canadian Geographic a chance to look at these points of history with a sometimes celebratory, sometimes critical, eye.

Edward Duff was 15 years old in 1972 when his friend Sharon fell into the sea. Duff and Sharon had been sitting atop a seaside cliff with a group of friends watching waves crash into a cliffside cave and spray outwards. Sharon climbed down to get a closer look, lost her footing and tumbled into the water. The way Duff remembers it, he leapt in after her so immediately he hit the water at the same time she did

Duff, a strong swimmer, quickly reached Sharon and pulled her to the cliff face. As they clung to the rocks, Duff told Sharon that everything was going to be fine. Help was coming. She was going to be alright. Twice, though, the waves washed them off the rocks, and twice Duff managed to pull Sharon back to safety. But not the third time. “After the third time, I came up and looked around and scanned the water, and she was facedown.” In this moment, Duff remembers the water being calm for the first time all day. “After I turned around, the water was flat.” He said.

Duff regrets not swimming out that third time to try to bring Sharon back. “I probably just would’ve went to the bottom because I was so physically exhausted,” he said. Besides, maybe the water wasn’t as calm as Duff remembers. “That’s probably just my mind playing tricks on me or something. I don’t know.” Friends helped pull Duff out of the water. Sharon, though, was lost.

The RCMP drove everyone to the nearby detachment and interviewed them for details. “They take our statements and that. And then parents come to pick you up and go home. And that was it,” Duff said. Nobody offered Duff or his friends any bereavement counselling. There were no psychologists on hand to deal with their trauma. It was the 1970s, after all. Duff wasn’t able to save Sharon, and no one was there to save him, either. “I just clammed up, I guess,” he said. “I just kept it to myself.” He kept it to himself for most of the past 50 years, only telling the story a couple of dozen times. Recalling that day in the water still chokes him up.

Duff received the Star of Courage the following summer. Normally, the Governor General presents such medals to recipients, but Queen Elizabeth II was touring Canada that July and presented the medals in person. Duff was the first Canadian ever to be awarded a medal by the Queen herself. Duff’s parents and grandmother were elated at the chance to meet the Queen. “I kind of felt proud that they could get to meet the Queen because of something that I did,” Duff said.

But Duff didn’t share his family’s excitement. The ceremony “shone a light on the whole thing, and that things didn’t turn out the way I wanted to,” Duff said. “If things had turned out differently, I’m sure I’d have felt differently about it.” Despite the recognition the award represented, the medal simply didn’t mean much to Duff.

Until, that is, it was stolen.

In 2002, Duff and his wife returned home from an overnight trip to find their house burgled. Among the valuables the thieves stole was Duff’s Star of Courage. “It was just like a kick in the gut,” Duff said. He and his wife had just had their first child, a daughter, and Duff planned on giving her the medal one day. Rideau Hall sent Duff a duplicate medal, which arrived with an ‘R’ etched into the back designating it as a replacement.

Then, 20 years later, Duff received a phone call. A man in St. John’s had found Duff’s Star of Bravery while out with a metal detector. He’d posted a photo of the dirt-crusted medal, with the inscription “E. J. Duff 1972” clearly visible, onto the “Diggin the Rock Metal Detecting” Facebook group. Duff’s niece’s husband saw the post and called Duff. “You often hear people say your legs give out from under them,” Duff said. “Well, mine did. I just basically went down in a lump on the floor.”

Nearly half a century after Queen Elizabeth II pinned the Star of Bravery onto teenage Edward Duff’s lapel, and two decades after the Star disappeared in a robbery, Duff has his medal back. Duff has two daughters now. One will eventually receive the recovered medal, the other the replacement. “They’ll be nice to pass on,” Duff said. “Make them proud, hopefully, one of these days.”

But every now and again, Duff thinks of another girl, Sharon, and that day on the rocks. The memory still makes him quake, 50 years on. “Obviously, it’s something that’s not going to affect me any less as time goes by.”