One of my own rituals when I return home to Unama’kik during the summer months is to follow the river by my house to a mountain that I’ve climbed every year for the past thirty-five years. There is no trail, and over the years I’ve memorized a careful route along the remnants of an old salmon fishing path to a river crossing, and then I follow a fastflowing brook to a moose trail that climbs a steep gully to the edge of a clear-cut. From there, a logging road leads to the edge of the mountain, where I can look over the expanse of boreal forest and the highland bogs that form the watershed of the river and see the streams that flow into the river, which in turn passes by the farm where I grew up.

Among my favourite things is to walk this route with others. Over the years I have done it more than a hundred times, with almost as many different people: with ornithologists and herpetologists; with librarians and carpenters; with chefs and auto mechanics; with performance artists and witches; and with many others. Over time, this walk has become a ritual and a
practice of sharing time outdoors with all different kinds of company—whether it be in rare and unusual places like the one I just described, or in the wild nature that surrounds and weaves its way throughout cities like Toronto, where I also live and work for much of the year. The idea is to walk with those who have a deep understanding of a place formed across a lifetime or across generations, or with people who have specialized knowledge that they are able to share, or those who might have a fraught relationship to the outdoors or lack access to these places, or simply with the adventurous and curious. During these walks we share our interests, our knowledge and our experience. Together we rekindle our relationship to the land and find a new common ground for kinship with one another.

Outdoor culture has also been heavily determined by European concepts of land ownership and class aspirations. For many city dwellers, their imagination of the outdoors is synonymous with leisure culture, a heavily commodified experience that often requires spending the equivalent of a month’s rent before setting foot outside. Social inequality and systemic racism have also all but ensured wilderness areas and many outdoor activities have been largely inaccessible to people of colour, and this is further entrenched by histories of discrimination around property ownership.

Ironically, the outdoors is one of the most colonized of all spaces, and yet it is where we might look if we want to imagine ways of being together that challenge these injustices and the persistent mythologies that conceal them. It is vitally and unquestionably important to facilitate diversity and inclusion in outdoor spaces, and to challenge the classism, racism, sexism, ableism and homophobia that are part of the narratives through which we imagine and experience the outdoors.

The forces that shape and restrict access to the outdoors are immediate and concrete. At this point in time, in the summer of 2020, our work, our friendships and large portions of our lives have moved online, and our movement in public spaces is surveilled and regulated like never before. Additionally, there is a clear line drawn between those who have places they can escape to, such as vacation properties, and jobs that allow them to do this, and those who can’t easily go outside—who work in places like hospitals, grocery stores or restaurants, who may have roommates or live in small apartments with no outdoor space, and who are required to show up at workplaces that put them at risk of exposure to COVID-19. More than ever, the technologies of work and social connectivity shape not just politics and relationships, but our experience of the outdoors.

Going outdoors, even if it’s merely to look at the sky, enjoy a walk somewhere or look at birds (as Christian Cooper, a Black writer, editor and birder did earlier this year in what is known as “the Central Park birdwatching incident”), is a politicized act, and can be to used to express privilege or assert one’s rights of access to particular spaces and activities.

As these examples show, nature and the outdoors are not neutral spaces. The very idea of nature as separate from human culture, particularly as wilderness, erases the history of Indigenous presence on the land, and is a means of colonial conquest. Similarly, the collection and exhibition of art objects in museums and galleries also affirms European and colonial concepts of
art and culture as consisting of things that can be owned and exhibited (stolen in many cases), separate from the land and communities where they were made. One of the purposes of assembling the projects that appear in this book is to shift what some of us may consider to be artistic practice in order to embrace artistic activities that are not just outdoors, but that also exist outside of the world of museums, galleries and the writing of art history, and that are part of living cultural processes.

While most of the artworks in this book can be placed within a history of relational or social practice-based art, where artists engage with everyday life and social interactions as their material, they are also grounded in the outdoors, where the land is not simply inspiration, subject matter or material, but instead is the text, library, school, classroom and teacher, and knowledge is embedded in the land. For example, on the walk that I described at the beginning of this essay, I would occasionally have an uncanny experience of suddenly being on a path I hadn’t noticed before. At these moments I would suddenly realize that I was on the same trail as others long before me, and we were connected across time—a realization that itself took many years to materialize. One of the key ideas in this book is that it is important to practise being outside as a
way of attuning the body and the senses, our powers of observation and movement. At this moment, the very activity of going outside—whether it’s to disconnect from our laptops and devices or to assert access to certain spaces—can be a radical decolonial gesture. It also is a way of practising being together in relation to our surroundings. 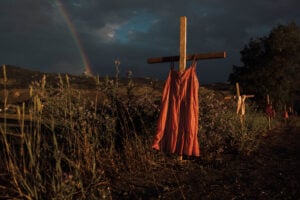 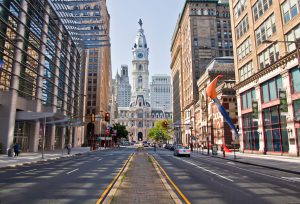