Mapping the human impact on the Great Lakes

From pollution to invasive species, this map charts the extent to which people have affected one of the world's greatest sources of freshwater

It’s no secret that the Great Lakes are suffering tremendous ecological strain — Lake Erie was even pronounced “dead” for a time during the 1960s because of an overload of phosphorus from municipal waste. Back in 1615, though, when the entire region was pristine and explorers Samuel de Champlain and E?tienne Bru?le? gazed out together from Lake Huron’s shores, they dubbed it la mer douce, “the sweet sea.” Today roughly one-quarter of Canada’s population and a 10th of America’s population drink from the Great Lakes basin; the beleaguered lakes alone hold more than a fifth of Earth’s freshwater.

The Great Lakes Environmental Assessment and Mapping Project — a group of about 20 American and Canadian researchers and environmentalists — produced the data for the map above, which illustrates the cumulative impacts of human activity across the Great Lakes. It speaks volumes at a glance. David Allan, team lead for GLEAM’s project and a professor at the University of Michigan’s School of Natural Resources and Environment, hopes the map will help improve how we manage the Great Lakes.

“The red spots on this map are not all red for the same reasons,” says Allan. “Our goal is to help people understand that there are many complex combinations of stressors at play here and that they have a spatial pattern. We have to resist the temptation to say, ‘What’s the most important thing? Let’s fix that.’”

This story was originally published in the July/August 2013 issue of Canadian Geographic. It has been re-released to mark World Water Day on March 22. Join the conversation now.
Advertisement 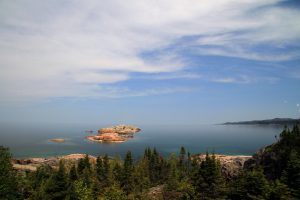 A multination effort to restore the Great Lakes: A watershed moment 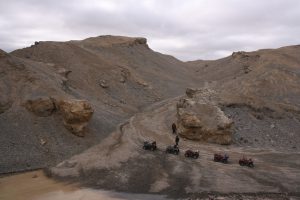 Did meteorite impacts help create life on Earth and beyond?

Our understanding of the effects of impact events is continually evolving