On New Year’s Day 2013, local Winnipeg photographer David Lipnowski embarked on his first ever, long term personal photo project entitled “A portrait a day: 2013.” He estimates that 90 per cent of his 365 portraits were made in Winnipeg, exposing a diversity of cultures. He updated his website nearly daily with stories and photos from the city’s streets, homes and festivals.

The people in his images emote not only some of the city’s most fabulous and funny characters, but also reveal a number of hard-hitting, heartfelt truths. Canadian Geographic caught up with David to find out more about the inspiration behind the photos and his 365-day journey.

In a nutshell, what were your intentions when you began the “A portrait a day: 2013” project?

By the end of 2012, I had already won a few awards for my portrait work but I was not getting as many jobs to shoot editorial-style portraits as I would have liked. As a New Year’s resolution, I gave myself the challenge to make one portrait every single day during 2013. I’ve had a passion for portraiture for some time and I figured that, at the very least, I would create some portraits of which I would be proud.

How did you find your subjects?

Most days, I would wander around a different area of the city with my camera bag, and lighting kit, asking strangers on the street that I thought were interesting. Sometimes I found interesting subjects while I was on assignment. Other times I put calls out on social media. The majority of the 365 portraits were of complete strangers, though I did sneak some family and friends into the mix as well.

How would you say this project speaks to cultural diversity (particularly within the province of Manitoba, where most of these portraits were captured)?

Everyone has a story, and I found out firsthand that Manitoba is home to an incredibly diverse population. I always knew Canada was a multicultural nation, but didn’t realize the extent of it at home in and around Winnipeg. I made a conscious effort to try to include portraits that would be representative of the population around me, but there is obviously a large part of the population who would not be interested in talking to a stranger on the street, so it can never be inclusive of everyone.

Because Manitoba is so ethnically diverse, there are a variety of cultural events over the course of a calendar year that I anticipated and attended in order to seek out people that I might not necessarily meet wandering the streets. Such events include: Folklorama, Pow Wows, The Icelandic Festival of Manitoba (also known as Islendingadagurinn), a Sikh Festival known as Nagar Kirtan, and many others.

I noticed while reading your project posts that mention of ethnicity is not necessarily included, and when it is, it appears to be arbitrary. Would you agree with that statement?

I think the reason it appears that I arbitrarily wrote about ethnicity was that I only wrote about it when the portrait subject spoke extensively about it, or seemed defined by their ethnicity. I also mentioned it in my posts when I learned something new that was tied to their ethnicity, such as history, culture or rituals that I thought the general public was not aware of and I thought was interesting to share so readers could learn something new about our neighbours around us.

What would you say the project has done for you both professionally and personally?

Over the course of the project I received a lot of media attention, including newspaper and magazine articles, TV and radio interviews, which certainly brought attention to my business and brand. Personally, I really learned a lot about people, especially not to judge a book by its cover.

I’ve often said that the camera is a passport. If utilized correctly, it allows you access to incredible experiences and situations.

You can view David’s full project at davidlipnowski.com/365. 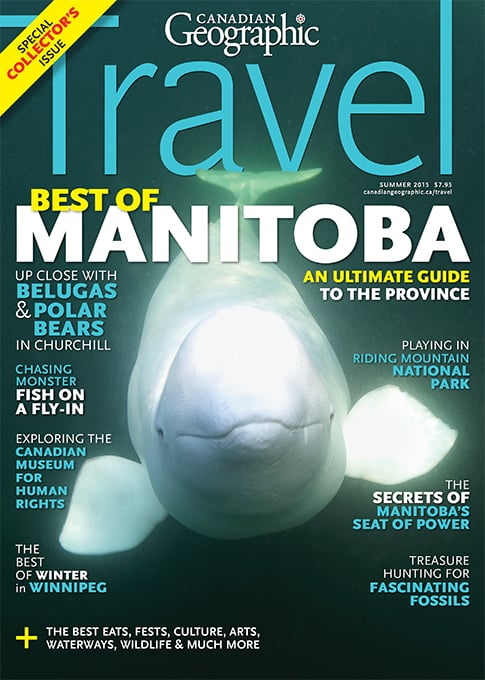