Humpback whales returning to BC coast 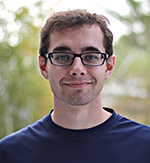 Growing numbers of humpback whales are visiting an important area off the coast of British Columbia, a recent study suggests.

A team of researchers spent eight years counting the humpback whales returning every summer to feed around Gil Island and the channels leading to Kitimat, B.C. The whales are considered a threatened species due to commercial hunting before 1966. According to the study published last week in PLOS ONE, the number of whales has increased over the research period, despite major shipping routes crossing the region.

Kitimat is a major port for oil and Liquefied Natural Gas tankers bound for international markets. It’s also where the Northern Gateway Pipeline is proposed to carry bitumen from Alberta.

“These whales are traveling, feeding or resting on the surface,” say Janie Wray and Hermann Meuter, founders of the North Coast Cetacean Society and two of the study’s authors. “There is no room whatsoever for a tanker to pass without a whale being in its path.”

The team, including Erin Ashe and Rob Williams from the University of St. Andrews in Scotland and the Gitga’at First Nation’s Christopher R. Picard, set out to estimate how many humpback whales use the area. To make sure they weren’t counting the same whale multiple times, they took pictures of the underside of the whales’ tail flukes, which could be used to tell individuals apart. They ended up with 177 high quality photos of clearly different whales.

The researchers estimate that the number of humpbacks that come to the area has roughly doubled to 137 since 2004.

Researchers identify the individual whales by their tail flukes. After spending eight years with the whales, Wray and Meuter are able to recognize many of them at a glance. (Photo: Janie Wray and Hermann Meuter/North Coast Cetacean Society)

That increase could be due to both the whales following their food and the general recovery of the population, which other studies point to, Ashe says. Either way, the area around Gil Island is an important stop-off for humpback, fin and killer whales.

Humpbacks travel enormous distances to get from their mating and calving grounds in Hawaii, Mexico and Japan to their feeding grounds. By the time they arrive, they have gone several months without feeding.

There are now an estimated 21,000 humpbacks in the North Pacific and 1,300 that feed along B.C.’s coast. That means about ten per cent of B.C. feeders come to the tanker routes near Kitimat.

If increased shipping puts this habitat at risk, it would threaten the recovery of the humpback whales.

There are both more whales and proposals for more tankers in the same narrow straights. As tankers wind their way through the maze of channels along B.C.’s coast, policy makers may find the area just as challenging to navigate.