Researchers are tracking ice density, cracks and the impacts of truck traffic from space
By John Bennett
Advertisement

Every year, scores of workers brave harsh winter conditions to build the winter roads that many Arctic communities and mines depend on for delivery of food, fuel and equipment. Climate change is shortening the operating seasons of these roads — which take transport trucks over frozen lakes, rivers and muskeg — and when the trucks aren’t running, the only alternative is costly air freight. That means higher prices for northern families and businesses.

Joost van der Sanden, a scientist at Natural Resources Canada’s Centre for Mapping and Earth Observation, is using satellite radar to study Canada’s best-known winter road, the 350-kilometre Tibbitt-to-Contwoyto route linking Yellowknife to mines in the Northwest Territories and Nunavut, to see whether the view from above can help winter road builders and users adapt to climate change.

“Unlike the limited view from the ground,” says van der Sanden, “satellite radar images show the entire lake. We can get a clear picture of extensive remote areas in any weather, day or night; and radar waves penetrate clouds, ice and snow.”

Radar can pinpoint cracks in the ice and indicate its strength. “Heavy snow early in the season weighs down the ice cover and can cause it to crack,” explains van der Sanden. “Water flows up through the cracks, mixes with the snow and freezes, forming a weaker snow-ice layer that is clearly visible with radar.” He and his team are developing maps to help road planners steer clear of these areas.

The thickness of the ice is, of course, a critical factor in winter road planning. But when the researchers tried to gauge the thickness with radar, they found, to their surprise, that wave-like patterns in the ice on the images were obstructing their measurements. The cause, they realized, was the truck traffic on the busy Contwoyto road. “It was quite amazing,” says van der Sanden, “to discover that you can map vehicle-induced, centimetre-scale ice waves very accurately from 500 kilometres high in space.”

As a truck drives over ice, it displaces the ice and the water beneath. A slow-moving truck creates a localized bowl-shaped depression, but fast-moving trucks trigger widespread ice and water waves that can crack the ice and cause a vehicle to break through.

For this reason, the space between trucks and their speed are strictly controlled. On the Contwoyto road, trucks must stay 500 metres apart. Speed limits depend on weight: 25 kph for a heavily loaded northbound truck, and no faster than 60 kph for the empty trucks returning south.

But the radar images show that weight is not as important as speed. “It’s the faster empty trucks that introduce the waves, says van der Sanden. “Slow-moving loaded trucks don’t cause any.”

That discovery could make a difference for ice road users. In a joint study, van der Sanden and colleagues from the National Research Council showed that loaded trucks can travel closer together without increasing the risk of breaking through the ice. “If you spaced them at 250 metres, rather than 500, you could transport the same amount of supplies in a shorter period of time,” he says. “That could lessen the problem of the shorter operating season.”

The builders of Canada’s Arctic winter roads rely on knowledge acquired over decades of experience. Van der Sanden’s research shows how science can reinforce this practical expertise — and help northern communities and mines adapt to the new conditions that climate change is bringing to the winter roads they depend on. 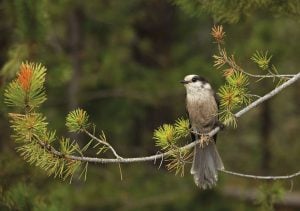