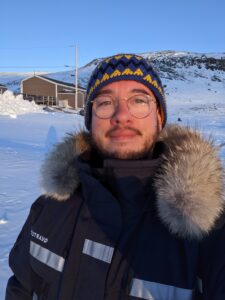 The Canadian Space Agency (CSA) will give government departments and researchers in Canada a major boost in data collection this fall. Launching in November, three satellites known collectively as the RADARSAT Constellation Mission (RCM) will replace the current RADARSAT-2 Satellite, which has been monitoring Earth and collecting environmental data for over a decade.

“This is a very exciting moment for Canada to launch this next generation in space and continue to be a leader in radar Earth observation,” says Steve Iris, the CSA’s Mission Manager for the project.

Partnering with the Canadian MDA, a company of Maxar Technologies, and a world leader in space robotics and satellite systems, the CSA has developed three smaller identical Earth observation satellites that will work in tandem, taking on the duties of the larger single satellites of the previous RADARSAT missions. This update will provide better, more flexible coverage at a lower cost.

Radar and environmental monitoring technology has improved greatly since RADARSAT-2 was launched in 2007, and even more since the very first RADARSAT launched in 1995. With more than a billion dollars invested in the design, development, launch, and orbit of the RCM, every millimetre within the satellites is prime real estate and houses a variety of remote sensing equipment.

“This satellite is like a Swiss Army knife that can be used for a variety of applications,” says Iris.

Over a dozen government departments have given input on the types of data they will need, from maritime surveillance to disaster management to ecosystems monitoring. The satellites can track changes in sea ice, monitor for oil spills, keep an inventory of the entire nation’s crops, and even provide realtime data during a natural disaster.

“We have a large country, we are bordered by three coastlines, and it was impossible to monitor all of this through [previous] monitoring methods, especially since there are so few people living in the North,” says Iris. “Now we can do surveillance from space to monitor this big country that we have and better understand how it works.”

Making multiple daily passes over Canada, including the High Arctic and the Northwest Passage, the RCM is scheduled to orbit Earth for the next seven years, although Iris and his team are hoping the satellites will remain useful beyond the initial scope of the program.

“Based on our previous missions, these satellites really go beyond their planned lifetime,” he says, noting RADARSAT-1 was designed to last for five years and stayed operational in orbit for 17.

The RCM satellites will soon be trucked in pressurized, climate controlled transportation pods from Montreal to Vandenberg Air Force Base in California, where they will launch this November. After three to six months of fine tuning in orbit, the RCM will then begin its mission monitoring the country. 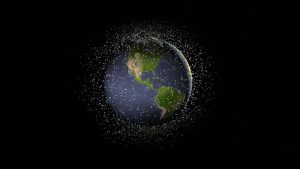