The Archipelago Management Board (AMB), made up of representatives from the Haida Nation, Parks Canada and the Department of Fisheries and Oceans, proposed that significant blocks of the national marine conservation area reserve be under “strict protection” in the new plan.

Currently, only three per cent of the waters in Gwaii Haanas are fully protected.

The most notable change is a new 500 square kilometre area off the west coast of Moresby Island that will be off-limits to commercial fishing. Interestingly, the idea to protect such a vast stretch of water came from the fishers themselves after they revamped the original map proposal to eliminate what they saw as a complex patchwork of open and closed areas.

“The way they had [initially] positioned the proposed closures would have effectively removed entire fisheries from the west side of Gwaii Haanas,” commercial fishing industry representative Bruce Turris says.

“It just created an economic nightmare in terms of running a viable fishing operation [there],” adds Brian Mose, an industry representative who also helped come up with the new plan.

Gwaii Haanas superintendent Ernie Gladstone heard their concerns. “It meant that they would have to fish for a few miles and then pull up their gear for a few miles and [so on and so on],” he explains. “So we worked with them to identify one large area instead.”

“It’s actually something we’re quite excited about,” he says.

The AMB extended the feedback deadline by several months in order to accommodate fisheries’ concerns. When the board came back with a re-drawn map in June, fishers were generally pleased.

“Largely, there was support and understanding that there were further compromises made, [but we saw that] the AMB had given serious consideration to our advice,” says Mose, a fifth-generation commercial fisherman.

While he recognizes that “fishermen [aren’t] thrilled with the impact,” Turris credits the extensive education process for fostering understanding. “Each sector understands why the trade-offs were made to reach the cultural and ecological targets, which they had been significantly educated on and had a greater understanding and appreciation for,” he says.

Because Gwaii Haanas is uniquely co-managed by the Haida Nation and the federal government and aims to protect land, sea and people, zoning restrictions are intended to strike a careful balance between enjoying and living off of nature today and protecting it for tomorrow.

“The priority is to protect the area so that it will be there for generations to come,” says Cindy Boyko, a Haida Nation representative on the AMB.

Fishing industry representatives and the AMB agree that the compromises are worth the extra time taken to educate people on all sides.

“I think it was difficult in the beginning,” says Boyko, “but what happened was that we learned who each other were.

“They learned about the Haida culture and who we are as a people and why things are important to us. […] We learned about what they do as a way of life. Some of them have done it all their lives and have passed it onto their children, and [we realize] how scary it is to think about not having that.” 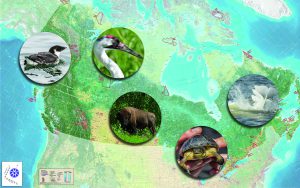