It would seem the sage grouse has stirred up more than Prairie dust.

Environment Canada recently announced it would issue an emergency order for the first time ever to protect a rare Prairie bird.

According to the Committee on the Status of Endangered Wildlife in Canada (COSEWIC), there are fewer than 150 greater sage grouse left in the sagebrush grasslands of Alberta and Saskatchewan, the bird’s natural habitat.

The unprecedented decision would put restrictions on not only federal land, but also provincial land, therefore protecting crucial grouse habitat.

But environmentalists and as Environment Canada have known about the bird’s population plight since 1998, when the bird was first deemed endangered.

So why has it taken 15 years for this progress?

“Because of the way the act was written, it initiates the protection of a species but everything else takes a while,” says James Pagé, a species at risk and biodiversity program officer with the Canadian Wildlife Federation.

Selecting the species to protect

Protecting a species under the Species at Risk Act begins with COSEWIC, a body of scientists that meets twice a year to discuss possible candidates.

Once a species is selected, COSEWIC must provide a scientific assessment of the animal in question to the minister of the environment or the Department of Fisheries and Oceans. COSEWIC has one year to complete this process.

The role of the minister of the environment

After the minister receives the assessment from COSEWIC, she has 90 days to make it accessible to the public. She must also forward the assessment, with her recommendation, to the Governor General and federal cabinet.

Once the assessment reaches cabinet, the Governor General, acting on the advice of the federal cabinet, has nine months to decide whether or not a species should be listed as endangered, threatened or of special concern.

If a decision is not reached within that time, the species is automatically added to the species-at-risk list. However, Pagé says, this phase has been know to last more than nine months.

“If the Governor thinks there are other stakeholders, particularly socio-economic stakeholders affected they can invoke what’s called extended consultations, which can take years.”

Once stakeholders have been consulted, a species recovery strategy can start to take form. Recovery strategies outline an animal’s crucial habitat, as well as steps needed to rescue the species from extinction.

These plans, Pagé says, are “legally mandated under the species at risk act to be done within their timelines.” However, due to backlog and a limited amount of resources, timelines are not always met.

More than 46 per cent of species included in the Species at Risk Act have not yet received recovery strategies.

From planning to action

The next step is an action plan.

“An action plan is the real area where conservation actions come into force,” Pagé says.

Yet of the 245 recovery and management plans that the government has published through the Species at Risk Act, just seven action plans have been completed.

“We are stuck in the planning phase and not the doing phase,” Pagé says. “It is getting there, it’s just taking a long time to deal with the logistics of the act.” 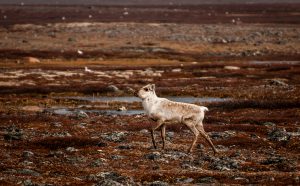