Excerpt from The Pull of the Stars

Though her novel is set during the 1918 Spanish flu pandemic, the parallels to the social upheaval taking place today are legion.

The Pull of the Stars by Irish-Canadian author Emma Donoghue had its publication date moved up from 2021 to July 2020. The early publication took advantage of the appetite for all things pandemic, while also providing readers with a deeper understanding of today’s turmoil. In an inner-city Dublin hospital, three female healthcare providers — a nurse, a doctor and a young volunteer — battle to save lives in a maternity ward where pregnant mothers infected with the flu are quarantined together. The story is told from the point of view of the nurse, Julia Power.

I pedaled past the shackled gates of a school where fresh-painted notice said CLOSED FOR FORESEEABLE FUTURE BY ORDER OF BOARD OF HEALTH. I thought of the young Noonans; if slum children weren’t going to school these days, they couldn’t be getting their free dinners there.

Clouds hissed and billowed from the high windows of the shell factory, which meant the fumigators were steaming the workrooms; maybe they’d been toiling in their sulphurous fog all night. Outside, in a line that snaked from the door, munitions girls shifted from foot to foot as they chatted, stained hands pocketed against the dawn chill, impatient to get in and get at it.

In my head, I told Ita Noonan: Your work’s done.

I pedaled faster. Thirty years old. Where would I be at thirty-five? If the war was over by then, what would have taken its place?

Back to this moment—what would be asked of me this morning? Delia Garrett, weeping into her sheets. The gasping, husbandless one, Honor White: Let her lungs be winning the fight. Mary O’Rahilly: Please, her travails over and a baby in her arms.

I locked my cycle in the alley.

Passing the shrine to the fallen soldiers, I noticed that a rebel had daubed not our war across the paving stone at its base. I wondered if he could possibly be the same lout who’d attacked Tim.

But wasn’t it the whole world’s war now? Hadn’t we caught it from each other, as helpless against it as against other infections? No way to keep one’s distance; no island to hide on. Like the poor, maybe, the war would always be with us. Across the world, one lasting state of noise and terror under the bone man’s reign.

I joined a knot of people waiting at the stop; they were far enough apart to be out of coughing range of each other but not too far to reach the door of the tram when it drew up. A drunk sang, surprisingly tuneful, oblivious to the scowlers:

I don’t want to join the bloody army,
I don’t want to go to bloody war.
I’d rather stay at home,
Around the streets to roam,
Living on the earnings of a—

We all braced ourselves for the dirty rhyme.
..lady typist, he warbled.

The tram came and I managed to squeeze on.

From the lower level, I counted three ambulances and five hearses. Church bells rang ceaselessly. On a newspaper inches from me, I tried not to see a headline about a torpedoed liner: Search Continues for Survivors. Below, the words Likelihood of Armistice snagged me. Twice already, the papers had declared the war over; I refused to pay any attention until I had
proof it was true.

It was a relief to get down outside the hospital in the dawn light and breathe a little before I went through the gates. Nailed up under a streetlamp, a new notice, longer than usual:

THE PUBLIC IS URGED
TO STAY OUT OF PUBLIC PLACES
SUCH AS CAFÉS, THEATRES, CINEMAS,
AND PUBLIC HOUSES.

SEE ONLY THOSE PERSONS ONE NEEDS TO SEE.
REFRAIN FROM SHAKING HANDS, LAUGHING,
OR CHATTING CLOSELY TOGETHER.
IF ONE MUST KISS,
DO SO THROUGH A HANDKERCHIEF.
SPRINKLE SULPHUR IN THE SHOES.

IF IN DOUBT, DON’T STIR OUT.

In I went, in my sulphurless shoes, through the gates that said Vita gloriosa vita.

I wanted to go straight up to Maternity/Fever, but I made myself get some more breakfast first in case today was even half as hectic as yesterday.

Excerpt from The Pull of the Stars by Emma Donoghue ©2020. Published in Canada by HarperCollins Publishers Ltd. All rights reserved.
Advertisement 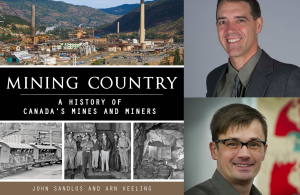