Hopes that 2018 would mark a turning point in the decline of endangered boreal woodland caribou in Canada are fading fast as a federal government report shows that provinces still aren’t meeting their obligations to protect the animal’s critical habitat more than six months after missing their first deadline.

The report, released last week, marks the first time the federal environment ministry has met its obligations under the Species at Risk Act (SARA) to provide regular updates on the status of unprotected critical habitat for an endangered species. But while the federal government is demonstrating its commitment to caribou recovery, the provinces aren’t following suit, says Rachel Plotkin, Ontario science projects manager with the David Suzuki Foundation.

“We know what caribou need now, and they need habitat protection,” she says. “Instead, we see provinces turning their backs on caribou.”

The recovery strategy for boreal caribou set out by SARA in 2012 directed the provinces to ensure at least 65 per cent of known caribou habitat remains undisturbed—a threshold based on studies of optimal rates of calf survival. Since the ministry’s last report in October, little progress has been made, with industry and government stuck at an impasse over appropriate limits to resource development in the caribou’s boreal forest home.

In March, Alberta suspended its draft plan on caribou recovery, citing the negative economic consequences of limiting oil and gas exploration and logging operations. Also that month, Quebec announced that after years of debate over ways to save the dwindling Val-d’Or caribou herd—including a proposal to relocate it to a zoo—it will take no further action. And, last week, Ontario approved a two-year exemption for forestry under its own Endangered Species Act, a move roundly criticized by environmental groups but which the province says buys it time to work out an acceptable compromise that will protect both caribou and northern jobs.

Still, Plotkin and others fear the caribou may not have time. Another subpopulation of woodland caribou, the Southern Mountain caribou of British Columbia, suffered a deadly winter, with one herd reduced to just three animals—a “devastating” reminder that swift action is needed.

“Governments talk about needing to find a balance, but if a species is listed as at-risk, the balance is already off,” Plotkin says. “There has to be a political will to find solutions based on what that species needs.”

On Tuesday, federal environment minister Catherine McKenna pledged to continue tracking and reporting on the status of unprotected critical habitat every six months as set out in SARA. In the event of continued inaction by the provinces, McKenna can step in and order the protection of critical habitat, a mechanism known as a safety net.

In an email, Environment Canada spokesperson Amelie Desmarais said the government is committed to working with the provinces on the recovery of boreal caribou. “The Minister will implement her obligations under SARA and determine next steps if adequate protection is not in place.” 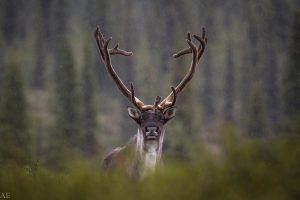 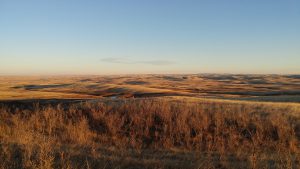