Eagle Plains in northern Yukon is home to some of the most magnificent environments in the country. Lined with soft mat floors of moss and lichen, the area is home to forests of scraggly black spruce trees with snow-peaked mountains towering above rolling landscapes in the distance. And in the winter, if you have timed your visit right, you might even see the Porcupine caribou herd passing through, eating those lichens.

A few kilometres north, the landscape changes dramatically as you pass through stands that burned in 2005. A few trees still stand in these forests, resembling burnt matchsticks rather than green conifers. But on the ground, the new generation of trees is flourishing. At 17 years old, they are no bigger than knee-to-waist height and are surrounded by grasses, small shrubs, and fireweed. With time, a healthy black spruce forest will dominate, and caribou herds will once again pass through to feast on lichen. This is the boreal forest’s natural circle of life: disturbance and regeneration.

But some landscapes in Eagle Plains may never regenerate to their previous black spruce and lichen dominance. Vegetation in these places is mainly grasses or tall willow shrubs. There is not a tree in sight, not even a small one. That’s because the 2005 fires burned some forests that previously burned in 1990. The black spruce regenerating after 1990 were so young when they burned in 2005 that they had not yet produced cones and a new seed crop. So instead of a new generation of trees, grasses and shrubs have taken over. No trees mean no lichens. And no lichens represent a near-permanent loss of winter food for caribou.

Along with the rest of northwest North America, Yukon is experiencing some of the quickest and most intense global warming. And with this warming comes increased variability in climate and heightened frequency of extreme events. One of the most likely outcomes is changes in the dominant vegetation patterns and the processes that control them.

The quick succession of fires in Eagle Plains is just one example of how climate change affects Yukon vegetation. The impacts will be wide-reaching, including shifts in the distribution of berry crops and habitats for hunted species such as caribou, changes in migration routes of birds and mammals, and an altered aesthetic in many landscapes.

As ecologists living in Yukon observing the changes happening around us, we gathered the scientific information documenting such changes over the past 50 years to look for patterns, gaps in knowledge, and emerging trends (summarized in this scientific publication). We also wondered whether we are stuck with the changes and have concluded that the answer is sometimes no – we don’t have to be passive observers but can take an active role as conservationists in addressing these changes. Below are four main patterns we uncovered and thoughts on what we might do to improve the outcomes.

Due to warming air temperatures, subalpine conifer stands and shrub communities are getting taller, increasing in density and moving upslope.

In southwestern Yukon, these patterns have been occurring in white spruce treelines and willow shrub communities. Because of their windborne seeds, subalpine shrubs tend to move faster than the trees and conifers can find themselves outcompeted and unable to keep up with the climate-driven changes. On the Arctic tundra of Yukon’s north slope, such as Herschel Island–Qikiqtaruk, willows are also getting taller and denser, affecting the ecosystem’s functioning.

Shrubs and trees have a strong influence over the rest of the community. As their distributions change, other plants and animals will likely change their distributions accordingly. For example, as shrubs expand into the alpine and Arctic tundra biomes, suitable habitats for tundra-dependent species are shrinking. These species include those of high cultural and economic value (thinhorn sheep and barren-ground caribou), keystone species (Arctic ground squirrel), and numerous rare and endemic plants (such as Yukon Podistera).

Water limitations from drought inevitably affect vegetation growth and vigour. Drought is already evident in white spruce, and aspen stands across Yukon. Significant drought conditions are predicted, with air temperatures increasing by close to seven degrees Celsius by the end of the 21st century.

Throughout central Yukon, drought conditions over the past ~50 years have reduced tree growth in white spruce forests, while other species’ responses are more variable. For white spruce, which form a significant portion of forests in central Yukon, further drought may reduce their distribution to cooler and moister locations and increase their susceptibility to bark beetle attacks. However, if aspen replaces white spruce, the capacity for the forests to store carbon is likely to increase, and their likelihood of burning will decrease. These shifts may therefore have positive implications for future global change scenarios.

In southwest Yukon, aspen have expanded into adjacent grasslands due to the growing season’s increased length. This encroachment of aspen, if extensive, may cause the loss of some plants that are rare in Yukon, with disjunct populations far removed from their general distribution, such as oriental Koehler’s grass (Koeleria asiatica) and Winterfat (Krascheninnikovia lanata). In contrast to this pattern, models suggest that future drought conditions in valley bottoms will likely allow some Yukon grasslands to grow in size. This would require dieback of the adjacent aspen stands. What happens to aspen, and where, remains to be explored.

The inertia is strong

Many forests, grasslands, and other landscapes throughout Yukon look similar to how they looked 30 years ago and a casual observer may question the notion of change. Despite the chronic press of climate change, the ecosystem’s inherent resistance to change – its inertia – is strong. This is because most northern perennial plants can tolerate difficult conditions for quite a few years.

While willows on Herschel Island–Qikiqtaruk are getting taller as the climate becomes more favourable, they have been unable to expand their local distribution. To do this, they will have to overcome the chemical and physical limitations of the surrounding vegetation community, which will be no easy task.

Some systems seem resilient to abrupt or “pulse” disturbances. In southwest Yukon, a large spruce bark beetle outbreak killed most of the older (and reproductive) white spruce trees. But enough younger trees survived the outbreak that the composition of the forest did not change, suggesting the resilience of the forest to the widespread negative effects of the beetle. However, all the dead trees from the beetle outbreak make these forests more prone to future wildfires, and these fires could be severe, causing a large change in the dominant vegetation

Sudden or pulsed disturbances, such as wildfire or permafrost thaw, break the inertia by killing much of the existing vegetation, especially the canopy trees. Increasingly, the vegetation community is forced into a new state, with the dominant plants changing, often to something entirely different than what grew before the disturbance.

The story from Eagle Plains illustrates such a shift. In some other regions, conifer seedlings germinated after a fire are not surviving well in summer heat. Instead, deciduous aspen and willows, whose seeds can arrive on the wind, are taking over. This is to the detriment of caribou and some berry crops but is likely to increase the rate of carbon storage in soils.

Thawing permafrost similarly causes vegetation changes at many scales. Like wildfire, large retrogressive thaw slumps in the boreal forest can result in a shift from black spruce dominance to deciduous shrubs and grasses and, on the Arctic tundra, from dwarf shrubs to grasses. These shifts to new post-disturbance communities may be irreversible. Lake drainages (due to permafrost thaw) can lead to sedge-dominated wet areas and the more common willow-dominated dry areas where the new willows are double the size of those previously growing around the lake.

The medium-or long-term trajectories of any of these scenarios remain unclear. Are shifts in the dominant species temporary or permanent? Other species could experience extensive repercussions if changes to vegetation are permanent, including caribou, moose, nesting birds, and berries.

Change is happening: What role will we play?

The evidence that big changes are happening across Yukon is strong. How we, as a society, deal with these changes needs discussion.

By thinking comprehensively, we can resist, accept or direct the changes. In Yukon, we have generally accepted the changes: vegetation communities have changed to varying degrees over the past several decades, but we have not intervened. Accepting the changes may be acceptable in most cases. Still, we should at least consider the options for intervention when key ecologically related values and the conservation of biodiversity is at stake. Do we want to resist the change by identifying and protecting landscapes where drought and fire are least likely, thereby giving wildlife some refuge from vegetation change for longer? Should we put in fire breaks and fight fires more widely to maintain the mature conifer forests so important as the caribou winter range? Or do we want to direct the change by planting spruce and pine in places where they have not been able to recolonize after fires, or have not yet reached to keep the full diversity of forest types within certain regions? Should we move rare plant species that cannot move themselves to new and more suitable growing sites to improve their chances?

The opportunity to do something is in front of us: to resist or to direct some of these changes is a more robust strategy for conserving biodiversity than merely accepting them all, even though we have no choice but to accept the majority. 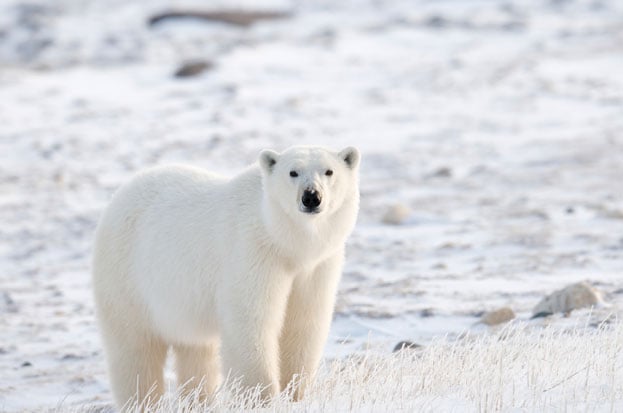 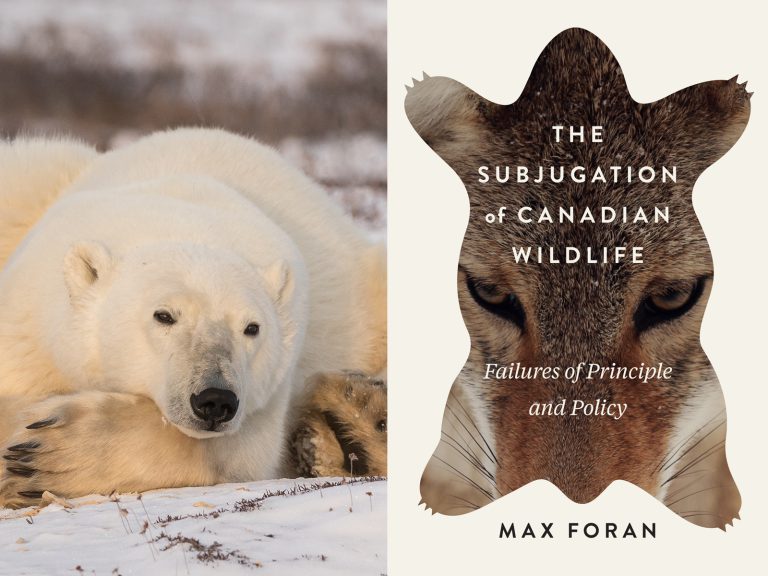