China looks to use Northwest Passage for faster shipping

As the Arctic warms due to climate change, China has expressed its intention to use the Northwest Passage for cargo shipping.

The passage—which is opening as Arctic sea ice vanishes—would be a much quicker approach to transporting goods, with Chinese reports estimating it to be 30 per cent faster than using the Panama Canal, the traditional route for connecting the Atlantic and Pacific oceans. It would also offer an alternate option to the North Sea Passage, which is regulated by Russia.

“Once this route is commonly used, it will directly change global maritime transportation and have a profound influence on international trade, the world economy, capital flow and resource exploitation,” Liu Pengfei, a spokesman for China’s Maritime Safety Administration, told reporters last week.

But China is also looking for quicker ways to transport manufactured goods. The only problem is the question of Northwest Passage governance.

Canada claims ownership of the waters, citing the historical importance of the region.

Joseph Pickerill, a spokesman for foreign minister Stephane Dion, said there should be no presumptions of right of transit in the Northwest Passage.

“We welcome navigation that complies with our rules and regulations. Canada has an unfettered right to regulate internal waters,” Pickerill told Reuters in an email.

The matter remains up for debate, though China claims ships in the Northwest Passage will be bearing the Chinese flag soon. 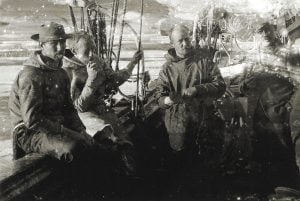