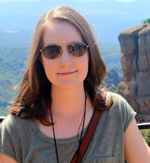 The South Pole is one of two points on the planet where the Earth’s rotational axis intersects the surface. (The other point is the North Pole.) It is the southernmost point on the globe where the lines of longitude converge.

Every January 1 since 1959, scientists at The Amundsen-Scott South Pole Station have speared a ceremonial pole through this spot (90 degrees South). The occasion marks the newly-surveyed location of the geographic South Pole.

The station was built on a moving ice sheet about 2,700 metres thick. The ice sheet—and the station affixed to it—drifts about 10 metres each year because of ice flow.

“It’s a South Pole tradition once a year (to unveil) the marker that was designed the previous year,” says astrophysicist Denis Barkats in a YouTube video created by Sixty Symbols at the University of Nottingham. “Every year we have to mark the new location of the axis of rotation.”

According to Bill Spindler, who The Antarctic Sun has called the South Pole’s “unofficial historian,” 1,491 hardy individuals have “wintered over” at the South Pole since 1957.

Each ceremonial pole is designed by “winterovers.” The following summer’s crew drives it through the ice.

The 2016 geographical pole marker was designed and built by machinist Anton Brown and engraved by Jeremy Bloyd-Peshkin. It was unveiled by the Canadian winter site manager Craig Knott.

Old markers are retired into a glass display case at the front of the station.

The Amundsen-Scott station was named in honour of Roald Amundsen and Robert Falcon Scott. Amundsen, a Norwegian explorer, was the first person to successfully travel to the South Pole. He arrived on December. 14, 1911 alongside his four companions and 52 dogs. Scott, a naval officer and explorer, was the second person to reach the Pole. He and his team made it to Amundsen’s location on January 17, 1912.

Photos of past ceremonial poles: 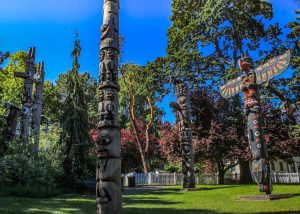