Birds have long been considered the heralds of change: of the weather, of the seasons and even of impending disasters.

A new Canadian documentary premiering Friday in Toronto warns that birds around the world are sending a message humanity can’t afford to ignore.

The Messenger, directed by Su Rynard, traces the worrisome disappearance of songbirds to a number of human-made threats and cautions that the fate of the birds foretells our own.

“Birds are environmental indicators,” says Rynard. “Today, in their decline, they’re telling us that if life isn’t sustainable for them, it won’t be for humans.”

Researching and creating The Messenger was a five-year journey that began when Rynard, a lifelong observer of birds, noticed that there seemed to be fewer songbirds around her family’s cottage than in previous years.

“At first you think, ‘Oh, it’s just me,’ but when I dug a little deeper, I discovered in fact it wasn’t just me,” she says. “Songbirds are disappearing at a faster rate than at any other time in history.”

Experts suggest populations of some North American species have declined by nearly half since the 1960s.

The films takes viewers to three continents and seamlessly blends interviews with stunning slow-motion footage of songbirds in flight as it examines human-made threats such as artificial light pollution, reflective glass buildings, pesticides, climate change and even domestic housecats. (Cat lovers may find it difficult to hear Dr. Peter Marra, Director of the Smithsonian Migratory Bird Centre, describe cats as an invasive species on par with zebra mussels, but that doesn’t make it any less true, Rynard laughs.)

The Messenger also ends on a hopeful note by reminding viewers that there are many small but important changes they can make to help songbirds in their own backyards. Some bird-friendly actions are listed here.

The Messenger will be shown in select theatres across Canada over the coming weeks. Find a screening near you. 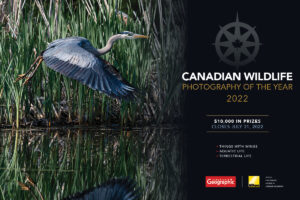