Big mountains for beginners: The tamer side of B.C.’s Powder Highway 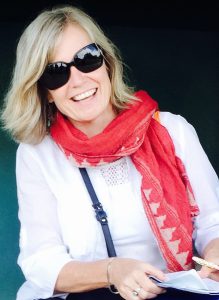 As someone who grew up skiing mainly in Ontario and Quebec, it’s hard for me to describe the feeling of stepping off a gondola, snapping into my bindings in the howling wind, then looking up to face the reality that I’m actually on the top of a 2,300-metre mountain for the first time in my life. And I’m supposed to ski down it. In a word, it’s breathtaking, and not just because of the view: it’s also the thin air, and the panic.

It was mid-January, and my husband and I had flown from Toronto to Calgary, rented a car and headed west on the Trans Canada Highway, into the mountains. Our plan was to spend a few days skiing at two resorts in B.C.’s famed “Powder Highway” region in the southeast of the province—a place I’d always thought was way out of my league as a ski destination, but that I still had always wanted to try.

Selfishly, my confidence was boosted by the fact that my husband, an imported Brit, is pretty new to the slopes while I’m a solidly intermediate skier who enjoys the occasional black diamond run, for a thrill. That’s why I’m up here alone in the blowing snow on the mountaintop of Kicking Horse Resort; we weren’t sure if Jules would be able to do the long run down, even though it was marked green (beginner) on the map, so I said I’d go up and give it a try while he skied the shorter greens closer to the base.

Below me, the Purcell range of the Kootenays spreads out to the west and north. The sweeping view also includes the wide, meandering Columbia River and the town of Golden to the south, and, to the east, the Rockies and Alberta. I stare hard toward the start of the so-called “green” run—a narrow-looking path across the top of a saddle that seems to drop away around a bend in the distance—and seriously wonder whether to abort my mission. The run is called “It’s a Ten” because it’s 10 kilometres long. Those raised on eastern Canadian slopes will know that the longest runs in Ontario are nowhere near that long (about three kilometres max in Ontario; six in Quebec). Should I go back down on the gondola? Head into the Eagle’s Eye restaurant right here at the top for a hot chocolate and think about it?

In the end, my shortness of breath forces the decision: the only way I’ll get my lungs back is to get lower, so I dig in my poles and push off down the narrow slope towards who-knows-what-peril.

It turns out to be a wonderful run, and not knowing what lies around each bend is a rush. The snow is mostly groomed and really fast, and the skiing is easy, although it takes 30 minutes to get down — a quad-crusher when you’re used to much shorter runs. Once down, I catch up with Jules and heartily endorse “It’s a Ten,” and up we head together. When he sees what awaits, he looks like I’d felt—but he dares it, too, and loves it. As a reward for our bravery, we ride the gondola up once more, this time for a comfort-food lunch of burgers with truffle fries at the Eagle’s Eye, Canada’s highest-elevation restaurant.

To see this part of Canada in winter is a revelation. The route through Yoho National Park and then Glacier National Park and Rogers Pass is spectacularly beautiful, and we got lucky with highway conditions (it’s recommended that would-be road-trippers check the Drive BC website before heading out to make sure there are no road closures due to avalanches or heavy snowfall).

There’s plenty to do off the slopes, too. During our stay at Kicking Horse Mountain Resort, we venture into Golden, just 15 minutes away, to check out the popular Whitetooth Brewing (the Blower Pow IPA is a favourite) and dine on B.C. salmon paired with Okanagan wines at a bistro called — you guessed it — the Whitetooth (both are named for a local peak). We follow that up with a stroll across Canada’s longest free-standing timber-frame bridge, which spans the Kicking Horse River.

When we get to the town of Revelstoke, located a couple of hours west (and in a different time zone, Pacific) we find it’s also lively, charming, friendly—and practically buried in snow. Presided over by Mount Begbie, Revelstoke gets so much of the stuff that, for local homeowners, shovelling your roof is a thing. The average annual snowfall is close to four metres; in Toronto and Calgary, it’s around one. The other mandatory activity for locals, besides shovelling? “Everyone here skis on powder days if they can, at least in the morning,” explains ski guide Chris Pawlitsky on the way up in the gondola at Revelstoke Mountain Resort. “Work can wait until afternoon.”

“Everyone here skis on powder days if they can, at least in the morning. Work can wait until afternoon.”

We’re fortunate to be at Revelstoke on just such a day; several inches of light, fluffy snow have fallen overnight and according to Pawlitsky we’re in for the famed “champagne powder” experience. I’ve never skied in such perfect snow. Pawlitsky leads us down some beautiful runs: long, exquisite greens, and for me, some exhilarating blues, and even a couple of short, mogul-studded black diamonds, too.

It’s now clear to me that skiing in B.C. is not to be feared. Yes, the expert skiers have their challenging terrain and back-country, but there’s a tamer side to the Powder Highway. And you definitely get to spend more time on the slopes than waiting for lifts, which means beginners can improve quickly. No offence, eastern Canada, but when it comes to skiing, West just might be best. 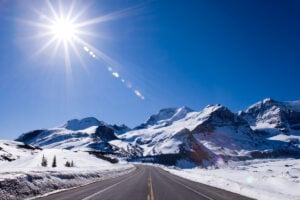 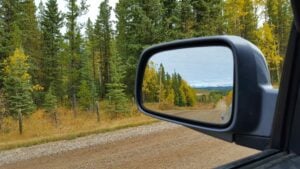