As climate change accelerates Arctic melt, the ice is offering up its secrets
By John Bennett
Advertisement

High in the Selwyn and Mackenzie Mountains of the Northwest Territories, an assortment of ancient hunting equipment lies buried in ice, lost or discarded by the hunters who for millennia hiked up the alpine slopes to the ice patches where caribou seek refuge from the summer heat and the torment of biting insects. Now, as a warming climate shrinks those patches, a new layer of history is emerging each summer.

Archeologist Tom Andrews and his team from the Prince of Wales Northern Heritage Centre in Yellowknife and their colleagues from the Shúhtagot’ine (Mountain Dene) community of Tulita are collecting, studying and preserving this priceless record.

Andrews has been flying in to around 25 alpine ice patches most summers for more than 10 years. Dene elders have been involved from the start, and their expertise has been essential.

“When we began, we thought we should look at all the ice patches in the area,” Andrews explains, “even on pointed mountain tops that were difficult or dangerous to get to. But the elders knew their ancestors would only have hunted on rounded mountain tops where they could sneak up the back and then quickly cross over and get close to the caribou.”

Ice-patch archeologists do not excavate, but simply pick objects off the surface of the ice, which is black with caribou dung as it is revealed by each summer’s melt. The oldest finds are throwing darts, launched using a forearm-length stick with a handle on one end.

The resulting leverage boosts the dart’s speed and range. “People used them in this area at least 6,000 years ago,” Andrews says, “and probably much earlier.”

Evidence from the ice patches shows that about 1,200 years ago, throwing sticks suddenly became obsolete when they were replaced by bows and arrows.

“We suspect that some major technological innovation in bows made them superior,” says Andrews. “Right across the northwest, people abandoned their dart throwers.”

Protected by the ice, the artifacts are remarkably well preserved. Andrews and his team have found arrows with their stone projectile points still hafted with sinew and with feathers intact. “They’re beautifully made, all with stone tools,” he says. “It’s just astounding to find one 7,000 feet [2,100-plus metres] up a mountain, and it looks like a piece of dowel from the hardware store. It’s an honour to be able to retrieve these things from the deep past.”

One day, while a field camp for Dene students and elders was taking place at the base camp, the researchers happened to find a ground-squirrel snare on the ice patch.

“That day, the elders were teaching the kids how to make ground squirrel snares,” recalls Andrews. “As we landed back in camp, we saw all these ground squirrels that had been caught in the new snares — and in our hands we had a 1,000-year-old version of exactly the same technology. It was an amazing moment of serendipity.”

“We had no idea, for instance, when the transition from throwing darts to archery occurred — or even that there had been a transition,” says Andrews. “It has allowed us to rewrite the book on hunting technology in the North American northwest.”

For the Shúhtagot’ine, who have a keen sense of their own history, it has created a dramatic and material link between their lives and the lives of their distant ancestors. 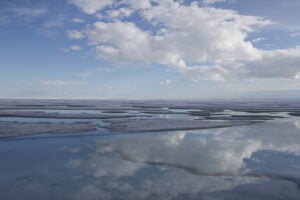 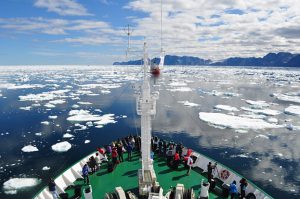