Queen Elizabeth II loved Canada. As proof, look no further than what she has bequeathed us: the possibility to keep evolving our system of government. 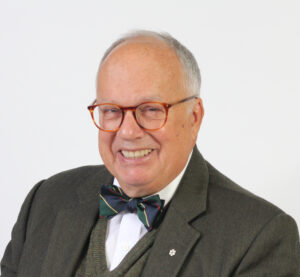 The extraordinary and universal outpouring of sadness and real grief that attended the announcement of the death of Queen Elizabeth II is not surprising, but then again maybe it is. We are so used to the fast news cycle, the passing story, the move on to whatever is next that the very concept of having endured for more than seven decades is hard for some to get their heads around. Nevertheless, one of the most extraordinary presences in all our lives has gone and the accounting of it all will go on for years to come.

One thing Canadians who care can know for sure: she loved this country. There may be others who have travelled more extensively in this vast land of ours than its late head of state, but it’s hard to think who that person would be. Even before she ascended the throne in 1952, 70 remarkable years ago, she had square-danced in Calgary at the Stampede, survived the biggest afternoon tea party in Toronto’s history, sledded through the backwoods of Quebec and had her first rendezvous with Indigenous nations.

She also had her first brush with blackflies and there is a heartbreaking if hilarious sequence of CBC archival film from that 33-day royal visit in 1951 when she was up north and had to contend with the interminably pesky insects while everyone she met was shrouded in blackfly-protective veils. She kept her right hand out for greeting while her left hand was in perpetual motion swatting the little beasts away. The next time she was required to deal with blackflies – during a royal visit in the early 1970s – she donned a pantsuit and special headscarf because she was on to blackfly behavior.

“I am sure that nowhere under the sun could one find a land more full of hope, of happiness and of fine, loyal, generous-hearted people.”

It was during that same early trip that Elizabeth and her equally young husband, Prince Philip, made a little hop across the border to the United States. She got her first glimpse of the contrast between Canadian loyal deference and American pugnacious egalitarianism, especially in the media, and especially amongst press photographers. When they returned “home” — as she called Canada — she got her own camera out and once, on the grounds of Rideau Hall, was overheard mimicking the American photographers as she tried to photograph Prince Philip: “Hey! You there! Hey, Dook! Look this way a bit. Dat’s it! Thanks a lot!”

That first progress across as heiress presumptive was the trip that bonded our Queen to what was then her “Dominion of Canada.” She made 22 further royal tours, the most to any country amongst her realms. If your constitution weds you to the only international monarchy in the world, it’s quite nice to be number one. At the end of that first trip in 1951, she spoke from her heart: “I am sure that nowhere under the sun could one find a land more full of hope, of happiness and of fine, loyal, generous-hearted people.”

There was an echo of that early affection and respect for Canada and Canadians when she was told in 2013 that a Canadian, Mark Carney, was about to become the next Governor of the Bank of England. “Good,” she was reliably reported to have said to her British prime minister. “Canadians are sensible people.”

It is sometimes difficult to explain Canada’s constitutional system, complete with a hereditary monarchy, to non-Canadians. It’s even more difficult to explain it to Canadians! Partly that is the fault of our educators and historians, many of whom are uncomfortable with what some regard as the relics of a colonial past, although what they should be teaching is that the Queen rules because we choose to have her rule and is part and parcel of our Westminster-style democracy. The moment the parliament in Ottawa and the legislatures of the 10 provinces decided they would prefer to live in a republic would be virtually the same moment that our ancient links to the Crown would be severed.

But that’s not going to happen and we now have a new chance to rekindle what it means to live in a constitutional monarchy. That is what Queen Elizabeth bequeathed us: the possibility to keep evolving our system. This is the country, after all, which figured out how to streamline the notion of monarchy through a vice regal system of Crown representation and that system has brought us national and provincial leaders from almost every conceivable background. In that evolving system, it turned out that a little touch of Queen Elizabeth went a long way: when Elizabeth Dowdeswell, the current lieutenant governor of Ontario presented herself to “the boss” at Buckingham Palace, she called the visit and audience “the gift” every lieutenant governor gets at the onset of their office. The memory of it has helped to sustain Mrs. Dowdeswell in her work for nearly eight years.

Similarly, for Queen Elizabeth’s son and heir, King Charles III. When he met former Assembly of First Nations Chief Perry Bellegarde a few years back, Chief Bellegarde presented him with a gift of tobacco seeds to plant in one of the then-Prince of Wales’s many gardens. And so, it was planted and King Charles now has tobacco gifts — sacred medicine — for any Indigenous leader with whom he visits, thus reviving ancient protocols, a small but possibly salient indication that reconciliation can come in small gestures as well as big ones. But it is also a big sign of how distinctive the Canadian approach to the Crown has become.

Queen Elizabeth helped Canada stay together when she promised she wasn’t just “a fair-weather friend” and was happy to be here during stormy constitutional weather. That connection is still with us, and for some time to come, when we say “God Save the King,” it will include the quiet prayer of “God bless his mother.” 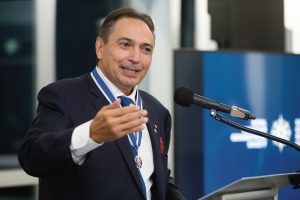 “For Indigenous Peoples, the treaties are still very much alive” 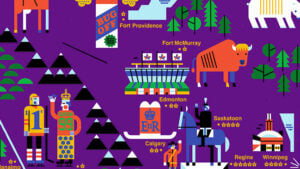