For outstanding service to The Royal Canadian Geographical Society
Advertisement

Sir Christopher Ondaatje arrived in Canada in 1956, a young Sri Lankan immigrant with little to his name, and went on to become a powerful Bay Street financier, Canadian Olympian and writer and explorer. Through his far-flung expeditions he has made rich contributions to our geographical knowledge of the world.

For years, even in the midst of other adventures, Ondaatje’s mind was occupied by a mystery that has plagued geographers and explorers for centuries: the location of the source of the Nile River. In 1996 he set out on a three-month journey in Africa to follow in the footsteps of Victorian-era explorers such as Richard Francis Burton, John Hanning Speke and Henry Morton Stanley.

Burton’s 19th-century maps got him lost three times. “As a cartographer he was terrible,” says Ondaatje. But thanks to Speke’s superior maps and Ondaatje’s realization that the date palms he encountered must have grown from seeds spit out by Arab traders along the ancient slave route, he managed to get back on Burton and Speke’s trail. “It’s extraordinary being lost in the middle of Africa,” Ondaatje says. “You have to use your brain.”

Once he reached Lake Victoria — the end of Speke’s journey — Ondaatje pressed north, following Stanley’s mid-1870s route to Lake Albert. This is where Ondaatje first found evidence of what he believes contradicts earlier findings. “Speke is wrong because Lake Victoria is not the only source of the Nile,” he says. “The Kagera River is really the Nile.” The Kagera River flows into Lake Albert from tributaries in the Burundi highlands; Ondaatje thinks that most of Lake Albert’s water is from this source and other rivers, including the Semliki.

Ondaatje has documented many of his travels in his books The Man-Eater of Punanai, Sindh Revisited and Journey to the Source of the Nile.

Tracking down leopards in Africa and Sri Lanka and searching for the source of the Nile River may sound like the dreams of a lifetime for some, but for Sir Christopher Ondaatje they’re merely ticks on an incredible list of achievements.

This year’s Camsell Medal winner (for outstanding service to The Royal Canadian Geographical Society), was born in Sri Lanka. He moved to England at the age of 12, came to Canada as a young man and quickly entered the world of publishing. As he set out on a publishing and finance career that would see him become a Toronto business mogul, Ondaatje still found time to compete for Canada in the 1964 Olympics, as part of a four-man bobsled team.

After a life-changing African safari in 1988, Ondaatje decided to sell off his assets and dedicate the rest of his life to following in the footsteps of famous explorers such as Richard Francis Burton, documenting his own travels in his books, Journey to the Source of the Nile among them. “I just chucked it all and got back into the literary field,” says Ondaatje of his career change.

For the next two decades he travelled through Africa and South Asia. The resulting books meld modern adventure with the accounts of Victorian-age explorers and, in some cases, Ondaatje’s own family history.

Ondaatje says he’s “greatly honoured” to have won the Camsell Medal, and that it’s fantastic to be recognized for the work he’s done, both with the Society and through his travels.

The Man-Eater of Punanai: A Journey of Discovery to the Jungles of Old Ceylon
Ondaatje travels back into his past in Sri Lanka, journeying through jungles, by ancient ruins and across his family’s tea estate. He also brings readers on a metaphorical trip: the story of a fearsome leopard in Punanai relates to the present-day reality of strife in the small town.

Sindh Revisited: A Journey in the Footsteps of Captain Sir Richard Francis Burton
Following a theme that guides many of his travels, Ondaatje sets off on a quest to gain a better understanding of the past. In this book he tracks the early journeys of famed traveller, naturalist, translator and ethnographer Richard Francis Burton, who served with the British East India Company. Ondaatje travels through deserts and the valley of the Indus River in an effort to shed light on the experiences of Burton’s formative years.

Journey to the Source of the Nile
Ondaatje retreads the trail of his hero, Burton, as well as other explorers such as John Hanning Speke and David Livingstone, who set off in the 19th century to “discover” the source of the Nile River. With words and photography, Ondaatje details his travels from the Serengeti Plains to Olduvai Gorge, as well as his effort to see the world through the eyes of some of its greatest explorers. 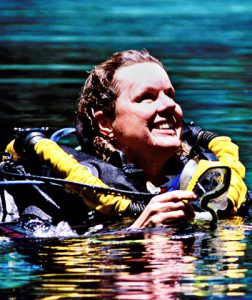