11 Earth-friendly alternatives to common plastic items around the house

Want to cut down on household plastic waste? Start with these alternatives to everyday items in your kitchen and bathroom. 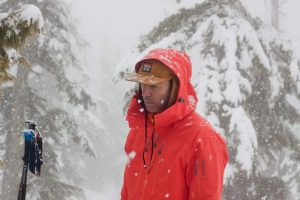 “We need to get rid of everything that’s plastic.”

When my 15-year-old daughter Paige made this announcement, moments after returning from a week-long summer camp, I think my mouth fell open. I didn’t want to dismiss her ambitions and concerns, but looking around our kitchen and bathroom, I thought it was an impossible ask.

Paige was determined and driven, though, so we started to make changes. Eliminating some plastics was just a matter of better planning: remembering to always bring reusable shopping bags, water bottles, coffee mugs, cutlery and straws, for instance. Others took a little more research. Four months later, we still have a long way to go to get rid of all the plastic in our lives, but replacing many of the things around the house that we use every day hasn’t been as hard as I thought it would be.

Ditch the plastic disposables in favour of a safety razor with replaceable blades, like this rose gold rig from Oui Shave. (Photo: Oui Shave)

Sometimes the old way of doing something is the best way. That’s true for razors. The best alternative to the expensive and non-recyclable disposable razors that most of us use is a safety razor. They were popular before the advent of the disposable. They look familiar in shape but, made of metal, they last forever and the blades are replaceable, recyclable and cost far less to replace than disposable cartridges. There’s a learning curve to using a safety razor but it’s short. They come in unisex and women’s versions, but all are pretty similar.

Instead of a disposable plastic razor, try …

Because menstrual periods are often a taboo subject, tampons are rarely discussed in the zero waste movement, despite being a huge component of the garbage stream. Canadian women use an estimated 770 million tampons every year, which means hundreds of millions of plastic applicators end up in landfills.

Instead of tampons with plastic applicators, try …

DivaCup: Made of silicone, this bell-shaped reusable cup catches menstrual fluid. It may sound messy, but 91 percent of women who tried it in a 2011 B.C. study said they’d continue to use it. $40; divacup.com

Tampon Tribe: Available by subscription, this lady-led company only uses organic cotton and padding in its pads and tampons, meaning they are plastic free, compostable and hypoallergenic. From $10 per month; tampontribe.com

20 tampons (on average) per cycle. 12 periods per year. 240 tampons saved from landfills. Switch to the DivaCup, it all adds up. pic.twitter.com/eFpLPbLj38

Fast-growing and compostable, bamboo is becoming a common alternative to plastic toothbrushes. Bonus: These brushes from BamBrush use Moso bamboo, which has natural anti-microbial properties. (Photo: BamBrush)

The most common alternative to plastic toothbrushes are ones made with bamboo handles. Fast-growing bamboo is considered a very sustainable material. All of the toothbrushes we’ve found still use plastic bristles, but most are removable, making the brushes more than 95 per cent compostable.

Instead of a plastic toothbrush, try …

BOHO & HOBO:  The activated charcoal-infused bristles kick up the whitening from this bamboo brush made in Kingston, Ontario. from $7; bohoandhobo.ca

Waxed cloth is a great alternative to plastic wrap — it’s self-adhesive, conforms to odd shapes and takes up less room in the fridge than storage containers. (Photo: Nature Bee Wraps)

Plastic sandwich bags and plastic wrap were one of the hardest things for us to eliminate. How do you keep half a melon, a chunk of cheese or a loaf of bread fresh without plastic? Heavy duty, reusable zip-closure bags work well, but are still made of plastic. Tupperware is ideal for some things but takes up a lot of room in the fridge. For us, waxed cloth is filling in the gaps. Like plastic wrap, it adheres to itself, sealing off objects of various shapes, and the best ones use beeswax, which is naturally anti-microbial. The wraps  come in lots of fun colours and prints, and they’re easily washable – just watch the temperature so the wax doesn’t melt.

Instead of plastic food wrap, try …

Nature Bee Wraps: These guys use Canadian beeswax to coat their cotton wraps. They produce them in a bunch of fun prints. $20 for a pack of three; naturebeewraps.ca

Abeego Kit: One of the first companies to make beeswax wraps, this kit includes all the different sizes you need. $68; abeego.com

You already bring your own shopping bags to the grocery store, so do the same for produce and bulk goods. Lightweight mesh and muslin cloth bags don’t do as good a job keeping things like lettuce fresh, but a quick dip in cool water perks greens up. Find them at any health food store, some grocery stores and online. From $5; amazon.ca

Rub-on deodorants like “Lucy in the Sky” by Routine are a great alternative to plastic deodorant rollers, which can’t be recycled. (Photo: Routine)

Deodorant rollers are made of a combination of different types of plastic, making them impossible to recycle. There are many alternatives that use reusable packaging and recyclable containers. As an added bonus, many also eliminate the chemicals commonly found in deodorant, which emerging research suggests are absorbed into the body and have negative side effects.

Instead of a plastic deodorant roller, try …

Routine Lucy in the Sky: Part of a collection of rub-on deodorants handmade by pair of Canadian sisters, this one has a lavender and patchouli smell and is vegan. $28; routinecream.com

Humankind: One dollar from the purchase of these refillable deodorant rolls goes toward cleaning up plastic waste from the ocean. $14; byhumankind.com 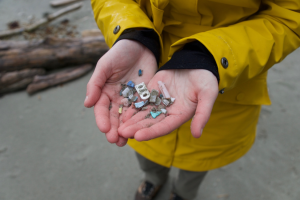 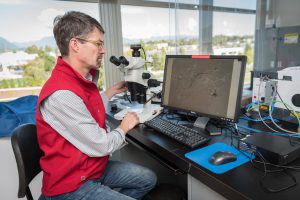