“Whether on the shores of the Atlantic, Arctic or Pacific, Canada’s coastal communities are among the first to feel the effects of climate change,” said Trudeau. “We are taking steps to tackle those effects, and to protect the increasingly fragile ecosystems in Canada’s North.”

The governments announced the first step in the creation of the new Tuvaijuttuq Marine Protected Area, located in the High Arctic Basin between Prince Gustaf Adolf Sea and Archer Fiord. A five-year feasibility study will consider permanently protecting it from future development. 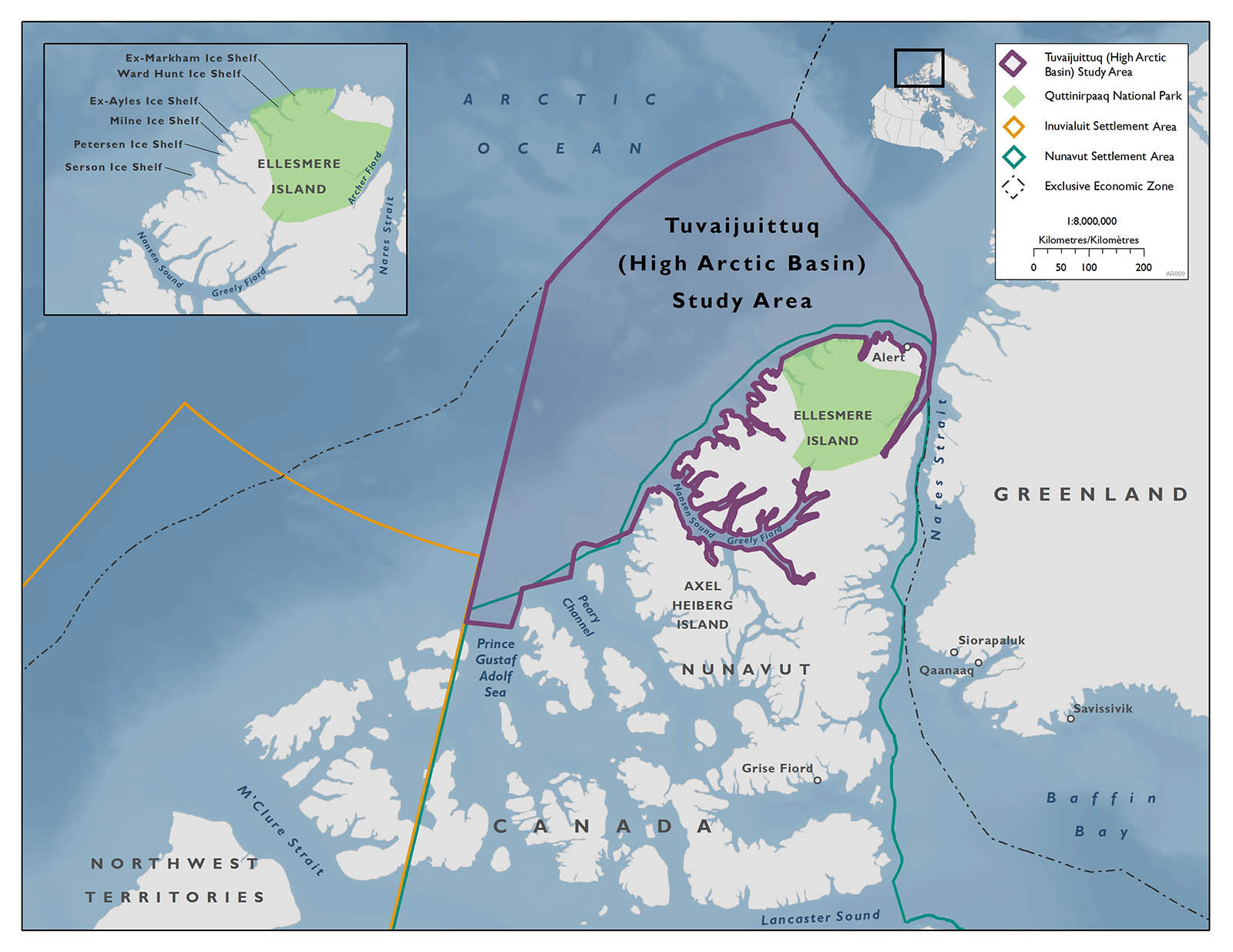 The region is home to the thickest multi-year pack ice in Canada and the last ice shelves (floating sheets of very thick ice at least two metres above sea level attached to the coast) in North America.

As climate change continues — from 1968 to 2015, the surface area of sea ice in Canada’s Arctic waters overall declined at a rate of 6.8 per cent per decade — Tuvaijuittuq (which means “the place where ice never melts” in Inuktut) is expected to be the last spot around the North Pole to retain year-round sea-ice (the Last Ice Area) until 2050. This makes it enormously important to ice-dependent species such as polar bears, belugas, narwhal, walrus and seals. Other organisms, such as sea-ice algae, that form the basis of the Arctic food web also rely on this habitat — hence the imperative to protect it.

Meanwhile, the feds and Inuit governments announced the completion of the approximately 108,000-square-kilometre Tallurutiup Imanga National Marine Conservation Area through an Inuit Impact and Benefit Agreement. Tallurutiup Imanga, located around Nunavut’s Lancaster Sound at the northern tip of Baffin Island, is renowned as one of the Arctic’s biodiversity hot spots. It is the primary eastern gateway to the central Arctic for large numbers of migrating marine mammals, and an important breeding and foraging habitat for seabird colonies. 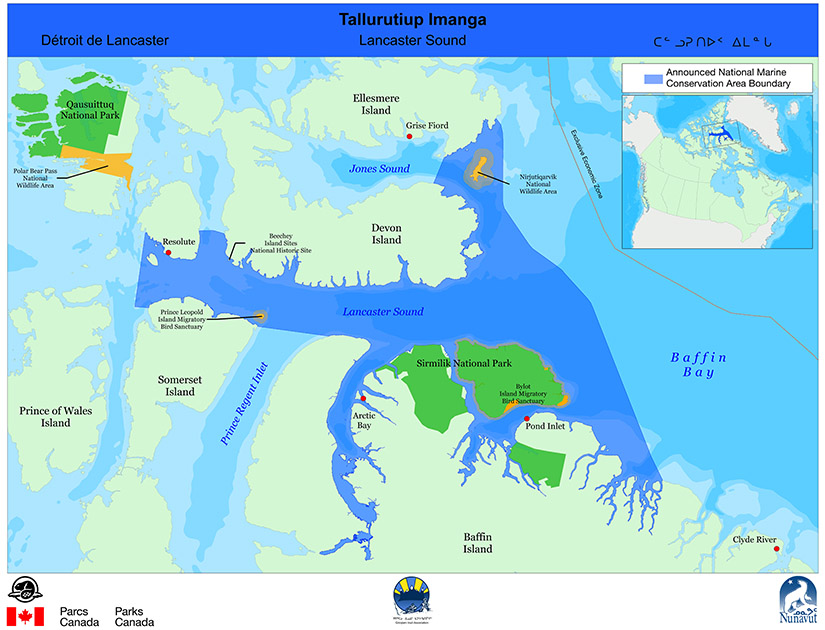 The protection agreement supports Inuit-led stewardship of Tallurutiup Imanga and will see the federal government contribute $55 million to economic development opportunities in local communities, including Inuit training and employment. The feds also committed $190 million over seven years to support infrastructure, such as new harbours and a training centre in the region.

As part of the announcement, the Prime Minister and Inuit officials travelled to Arctic Bay, Nunavut, a community at the northern end of Baffin Island that will stand to benefit from the protection of Tallurutiup Imanga.

“Today’s historic announcement is the culmination of decades of work by visionary Inuit leaders to preserve our waters and sea ice,” said P.J. Akeeagok, president of the local Qikiqtani Inuit Association. “These investments in jobs and infrastructure will have profound impacts in the High Arctic and serve as a model of what can be achieved when we work as equal partners in the spirit of reconciliation.”