Currently in Ottawa, the “Edible Futures” exhibit explores the future of food production and consumption through art
By Dexter McMillan
April 29, 2019

“Don’t think that all dumplings are the same,” says a voice through a small handheld speaker. “The shapes of the dumplings have symbolic meanings, conveying messages about politics and resistance to oppressive government.”

The narration tells a story of a food consumer, while another tells the same story from a food producer’s perspective. It is one of two fictionalized audio experiences that accompany submissions by 14 artists from around the world. Each offers different insights into what growing, consuming and enjoying food will look like in the future.

Huynh’s submission, called Diasporic Dumplings, explores the idea of food as comfort and connection to culture, no matter where we are on Earth. Her dumplings are filled with dandelion, Shepherd’s Purse and Canadian thistle. For Huynh, this is how home might taste to Ottawans spread out across the planet.

“As a daughter of immigrant refugees, I think about the way my family tried to connect us with our cultural heritage when they were so far away from it,” she says. 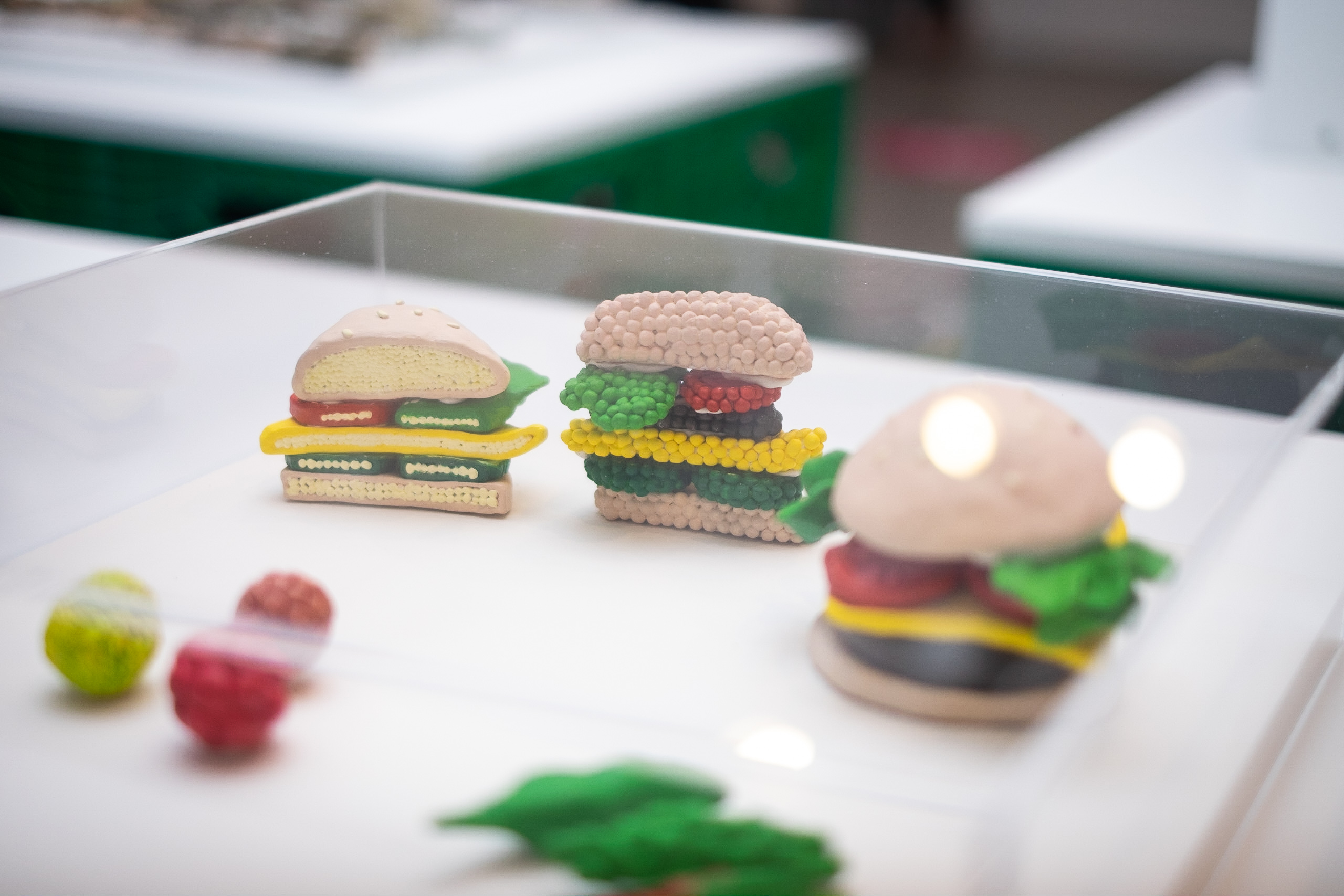 Digestive Food is a submission featuring the artist’s idea of a perfectly digestible food that leaves no wasted nutrients. (Photo: Dexter McMillan/Canadian Geographic)

Valerie Kuster of the Dutch Institute of Food and Design, which curated the exhibition, says her goal is to get people to think more critically about food. “A lot of themes are addressed here, all in their own way,” she says. “Food security, but also overeating and over-consuming, for example.”

Some submissions, like food engineered to be entirely digested by our bodies with zero waste, invite us to consider far-off futures and theoretical technology. But several are meant to remind us of problems we face today, including a tea machine that harvests water directly from the air. The water is harvested by the machine on its own time, a stark reminder that water is not to be taken for granted.

For Huynh, familiarity is critical to her vision for the future of food. “When I think ‘future food,’ I don’t really want to eat something novel like a pill or something that’s unrecognizable,” she says. “I want something comforting.”

The producer perspective of the audio narrative presents a very different context for Huynh’s work: “Every local community has developed their own unique dumpling shapes,” it begins. “Our workers have to use standard local ingredients but are free to make new dumpling shapes. It is a way to prevent mutiny.”

Edible Futures: Food for Tomorrow is curated by the Dutch Institute of Food and Design, and presented by the Embassy of the Kingdom of the Netherlands. The exhibit moves to Vancouver in September and to Toronto in early 2020.

Related: The water you eat