Established in 1918, Canada’s southernmost national park is a haven for wildlife and nature lovers alike
By Zach Baranowski
July 6, 2018

Point Pelee National Park in southwestern Ontario is a birder’s dream, a paddler’s paradise, and the perfect place to get up close and personal with nature. This year the park is celebrating its 100th anniversary, with special events planned throughout the year — including a free admission day on October 13.

Established in 1918 on a marshy peninsula that juts into Lake Erie and comprises the southernmost part of Canada, Point Pelee was Canada’s ninth national park, and the first park to create a management plan for its own future use. In the early years, nature conservation was not a priority, and much of the land remained privately owned by cottagers and year-round residents. Parks Canada began purchasing the properties and restoring them to their natural state; landowners were only allowed to hand their property down to their families or sell it to the park. In the early 2000s, the last property within the park was sold to Parks Canada and almost all the buildings have since been removed, with the exception of one, used as staff housing.

The result is that today, Point Pelee is a tranquil natural haven, protecting an astonishing array of species, some found only in this region of Canada. Here’s a look at the park at 100. 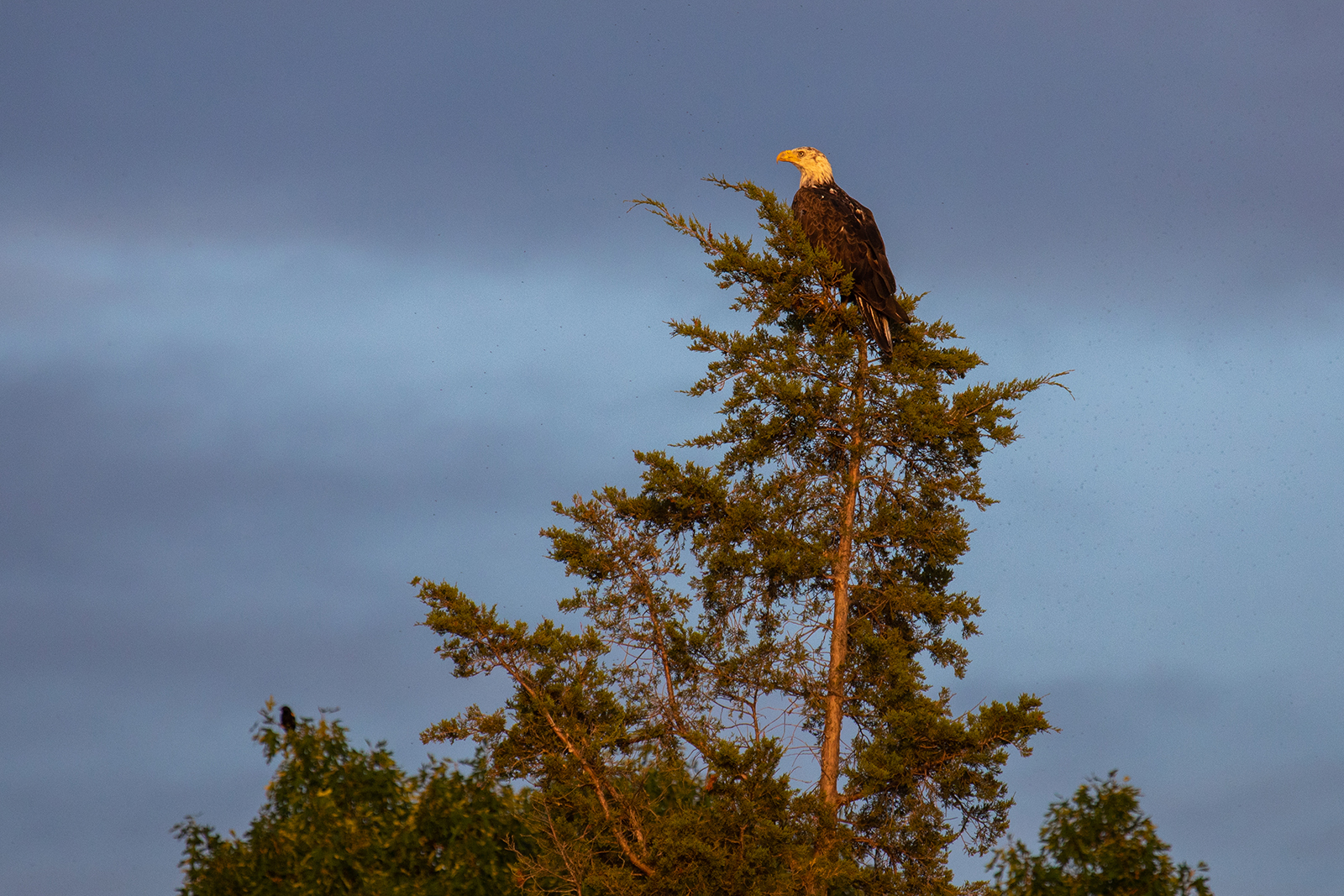 Large numbers of birds found east of the Rockies in Canada pass through Point Pelee annually, as it sits at the crossroads of two major North American migratory routes: the Atlantic and the Mississippi. Many migrating birds fly through the night, and when flying north across Lake Erie, the tip of the park is the first land they see when the dawn light cracks the horizon. (Photo: Zach Baranowski/Canadian Geographic) 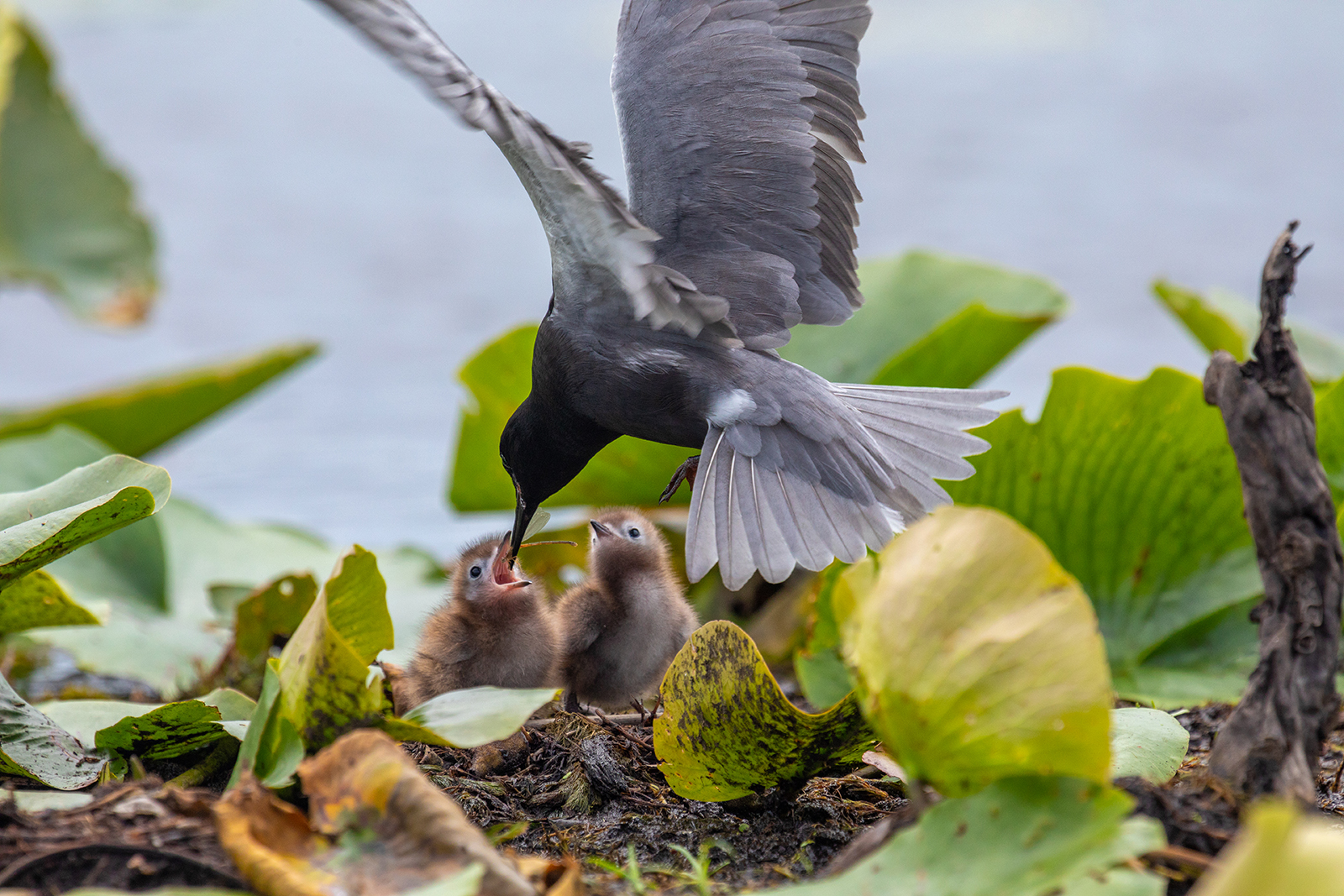 While many birds pass through Point Pelee on their biannual migration, for some, the park is their final stop, or their year-round home. One bird that breeds within the park is the black tern (pictured). Loss of wetland habitat in southern Ontario has caused this species’ numbers to decline in the province, so Point Pelee, with its abundant protected marshland, is an important sanctuary for these birds, and encountering them with their young in the park is a unique experience. (Photo: Zach Baranowski/Canadian Geographic) 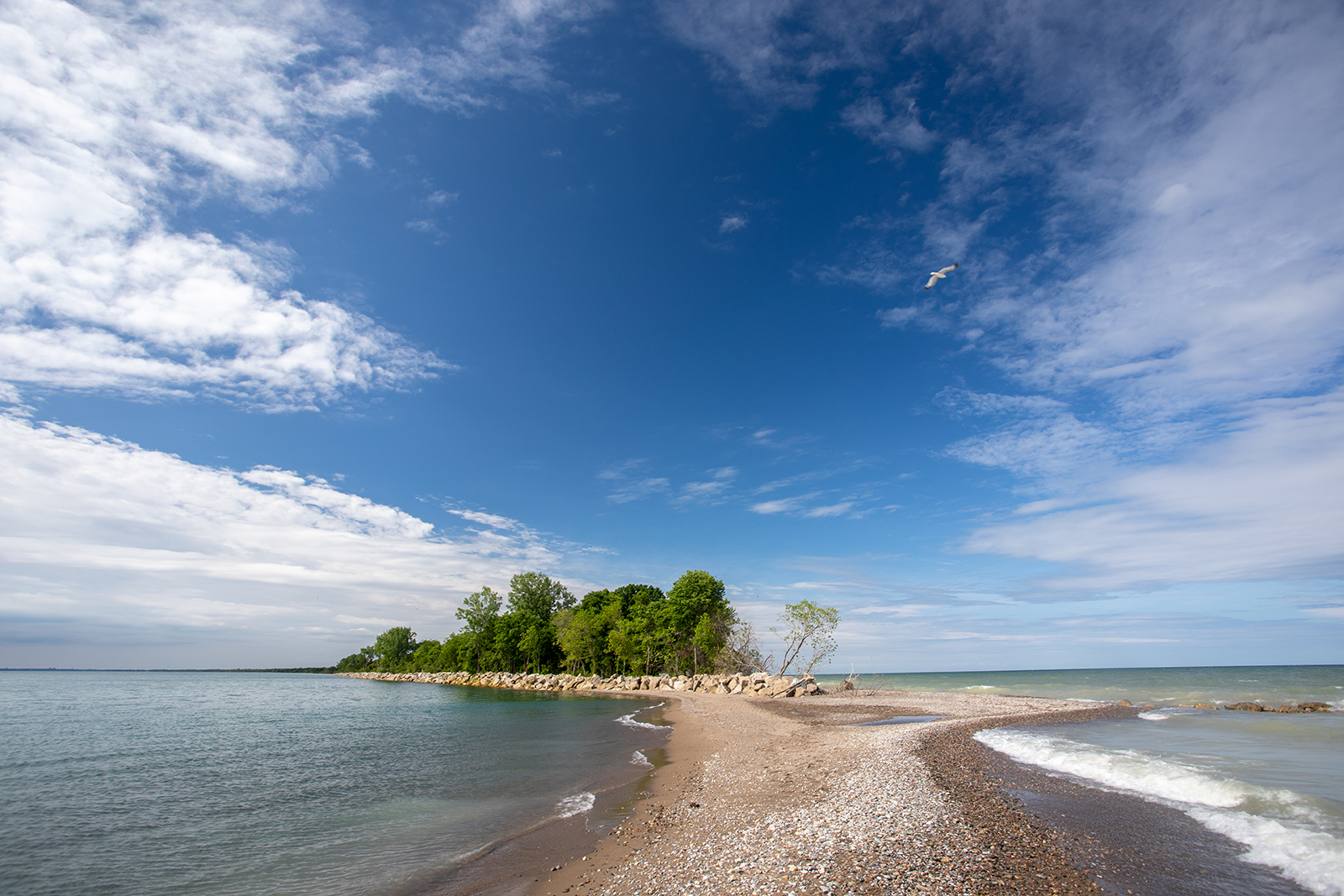 Jutting into Lake Erie, Point Pelee National Park comprises the southernmost part of Canada. Southwest of the park lies Pelee Island, accessible by ferry from the mainland, and just south of that is tiny Middle Island. Just 22 hectares in size, and lying mere metres from the U.S. border, it is even farther south than parts of California. (Photo: Zach Baranowski/Canadian Geographic) 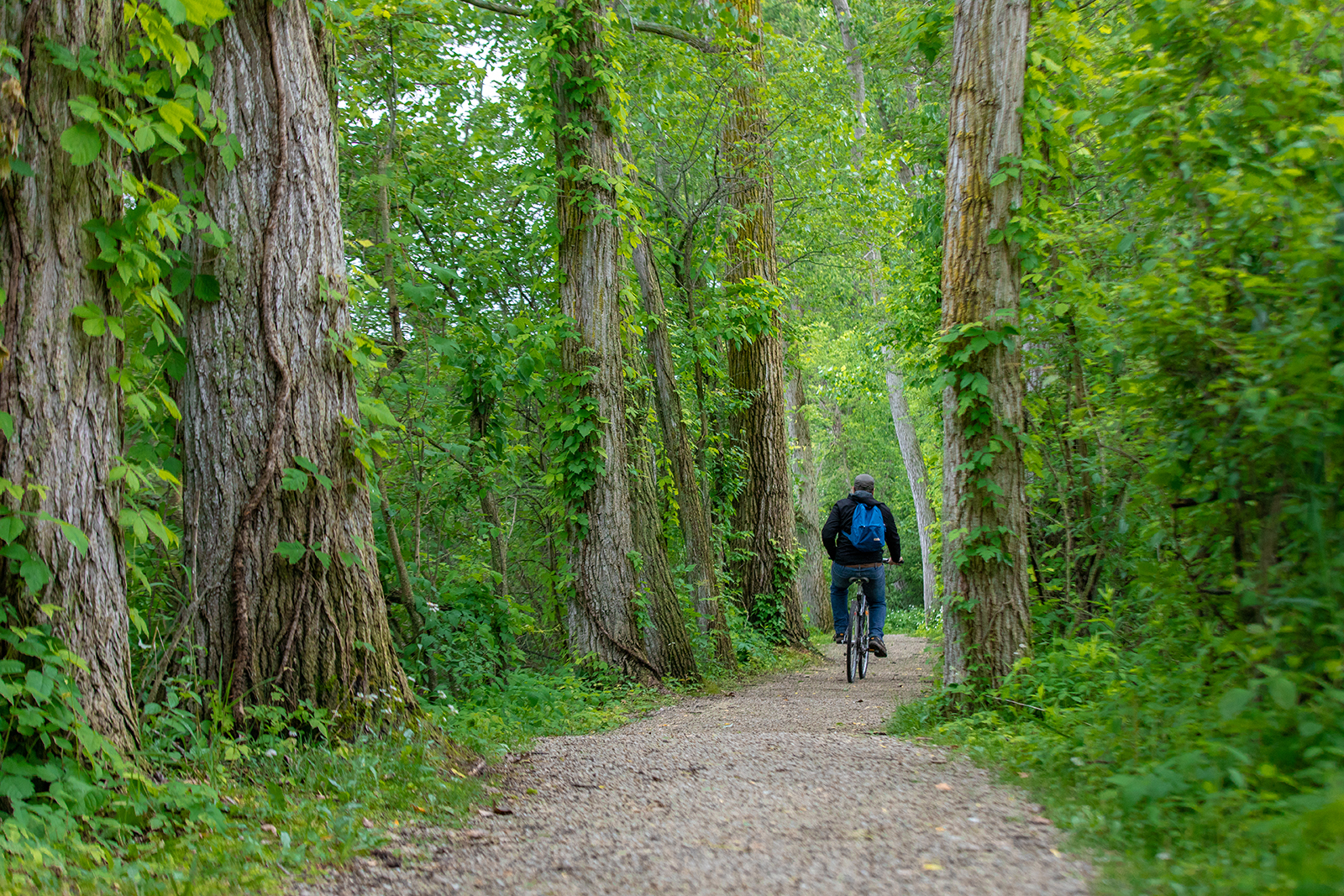 More than 12 kilometres of self-guided walking trails allow visitors to explore the park’s various habitats, from the cedar savannah to the drylands, the swamp forests to the beautiful southern Carolinian forest. The Centennial Trail can also take you on a winding journey, on foot or by bike, from the Marsh Boardwalk all the way to the Visitors Centre. (Photo: Zach Baranowski/Canadian Geographic) 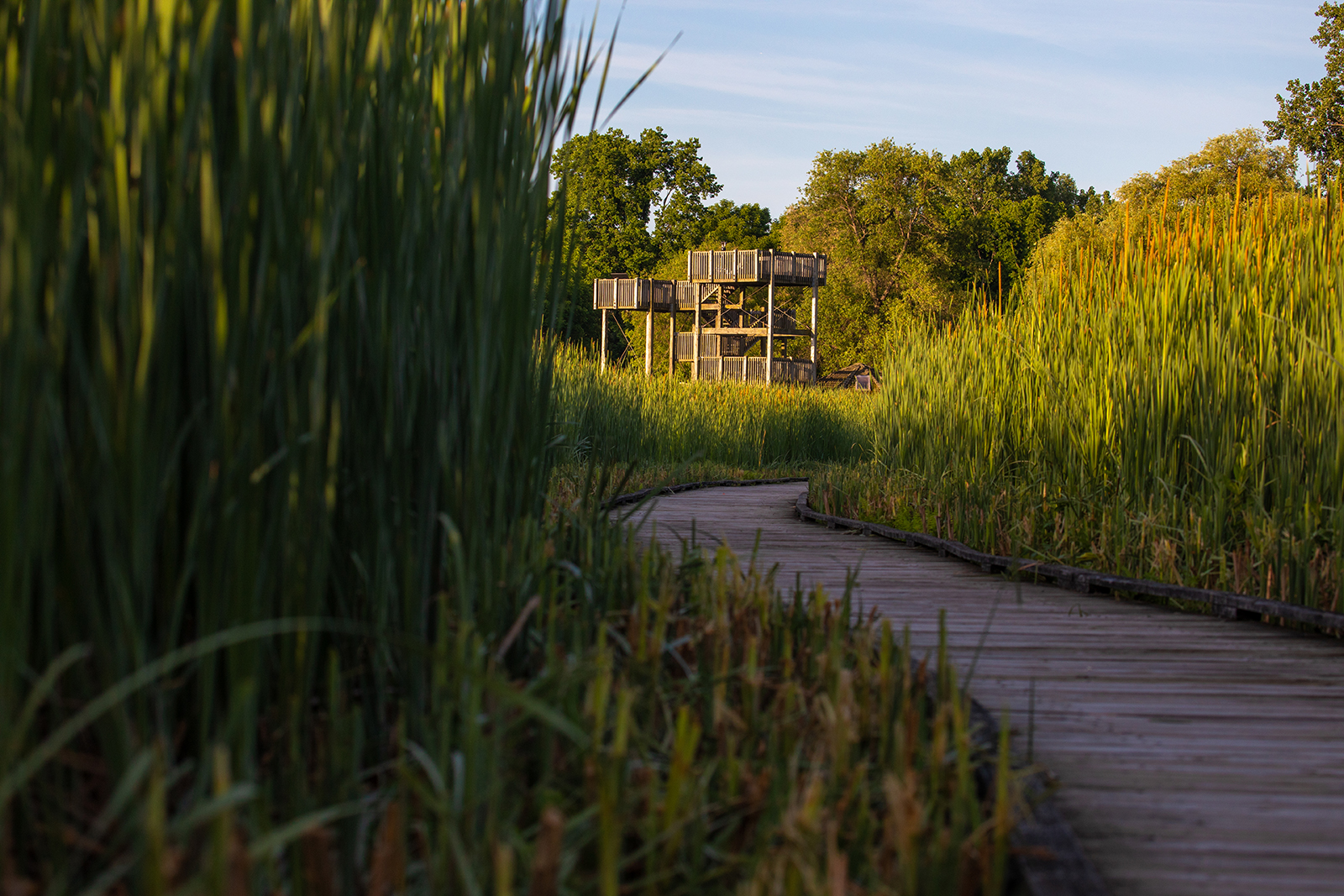 Among the hiking and biking trails within the park is the Marsh Boardwalk, a one-kilometre loop that lets you get up close to the marsh wildlife, and even features a lookout tower for expansive views of the wetlands. (Photo: Zach Baranowski/Canadian Geographic) 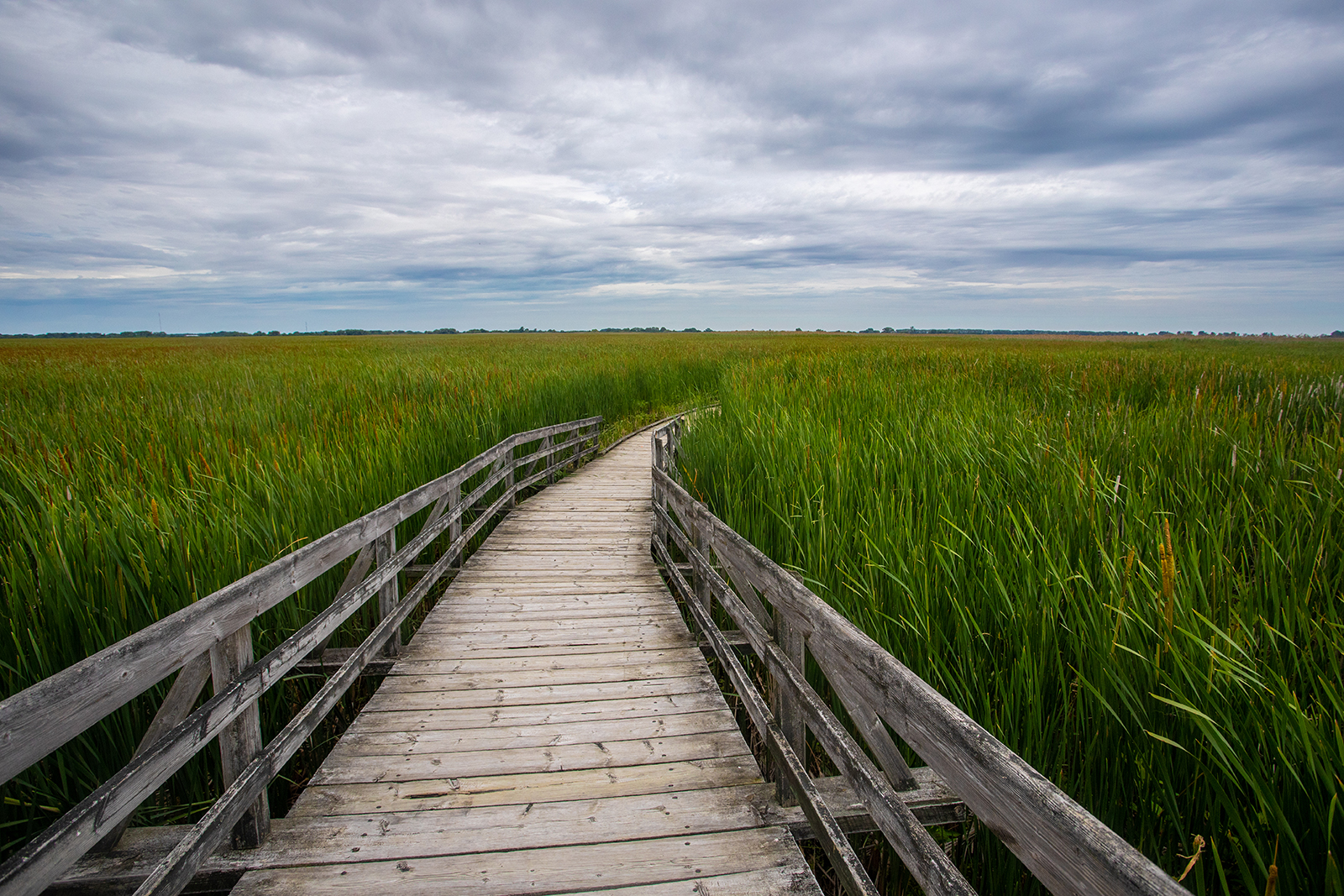 Point Pelee is the second-smallest national park in Canada, and yet it has more biodiversity than anywhere else in the country. Two thirds of the park is covered in marshland, totalling an area of approximately 10 square kilometres, making it the largest freshwater marsh in Ontario. The park’s southern latitude and the moderating influence of the Great Lakes create a special microclimate that allows the park to support Carolinian forest, a unique ecozone making up just a quarter of a per cent of Canada’s land mass. Carolinian forest is an important habitat for many endangered and threatened species, and the Canadian portion of it is found only in southwestern Ontario. (Photo: Zach Baranowski/Canadian Geographic) 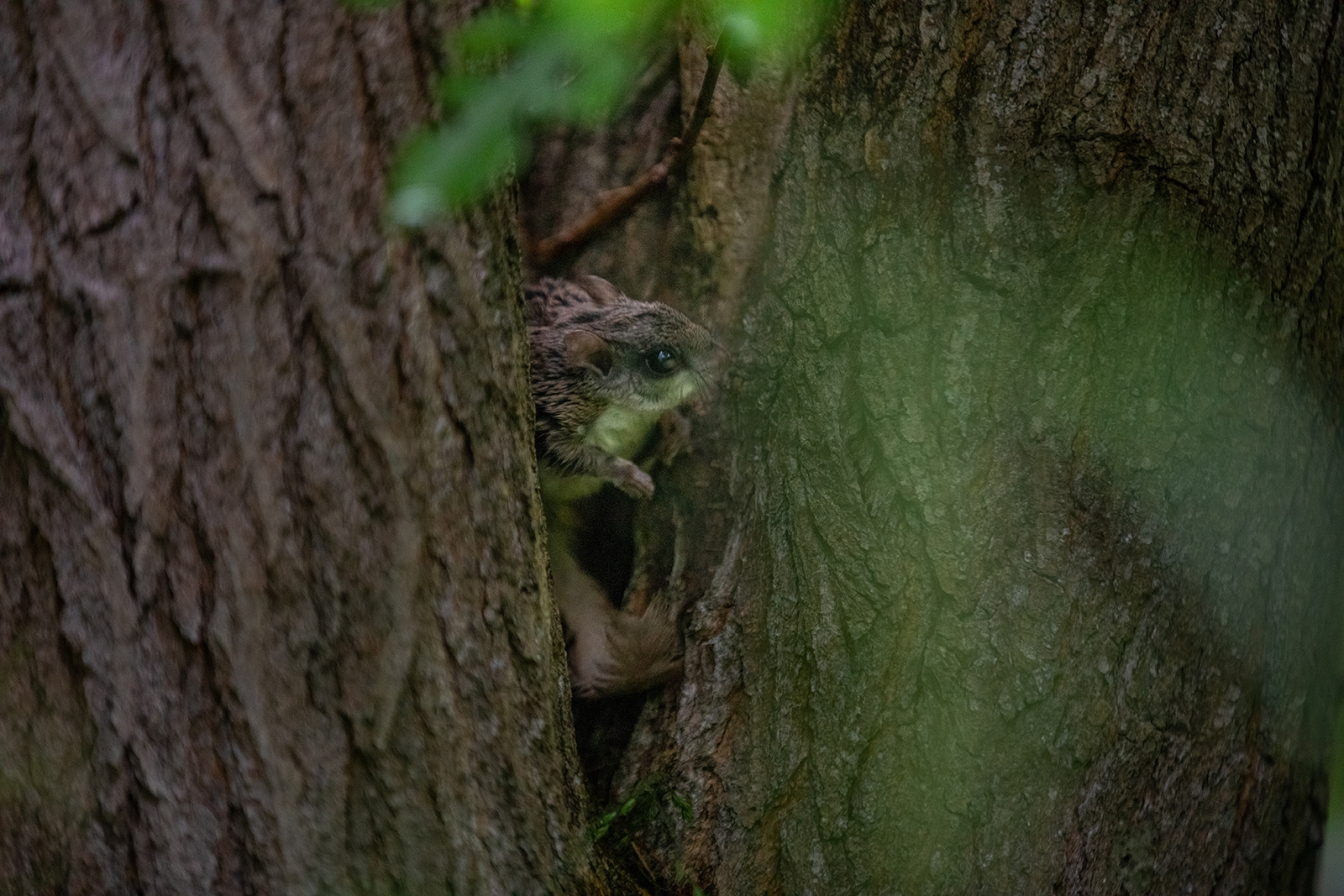 In addition to being a biodiversity hot spot, Point Pelee is home to the highest number of endangered and threatened species in Canada. About 80 species at risk have been recorded in the park; some are found only within the park and surrounding area. Some notable examples are the five lined skink, eastern Canada’s only species of lizard; the prickly pear cactus, and the nocturnal southern flying squirrel (pictured). Five species of turtle are found in the park, all of them considered at risk in Ontario. Protecting so many species in such a small area is a delicate balancing act, since the needs of some species directly conflict with the preservation of others. (Photo: Zach Baranowski/Canadian Geographic) 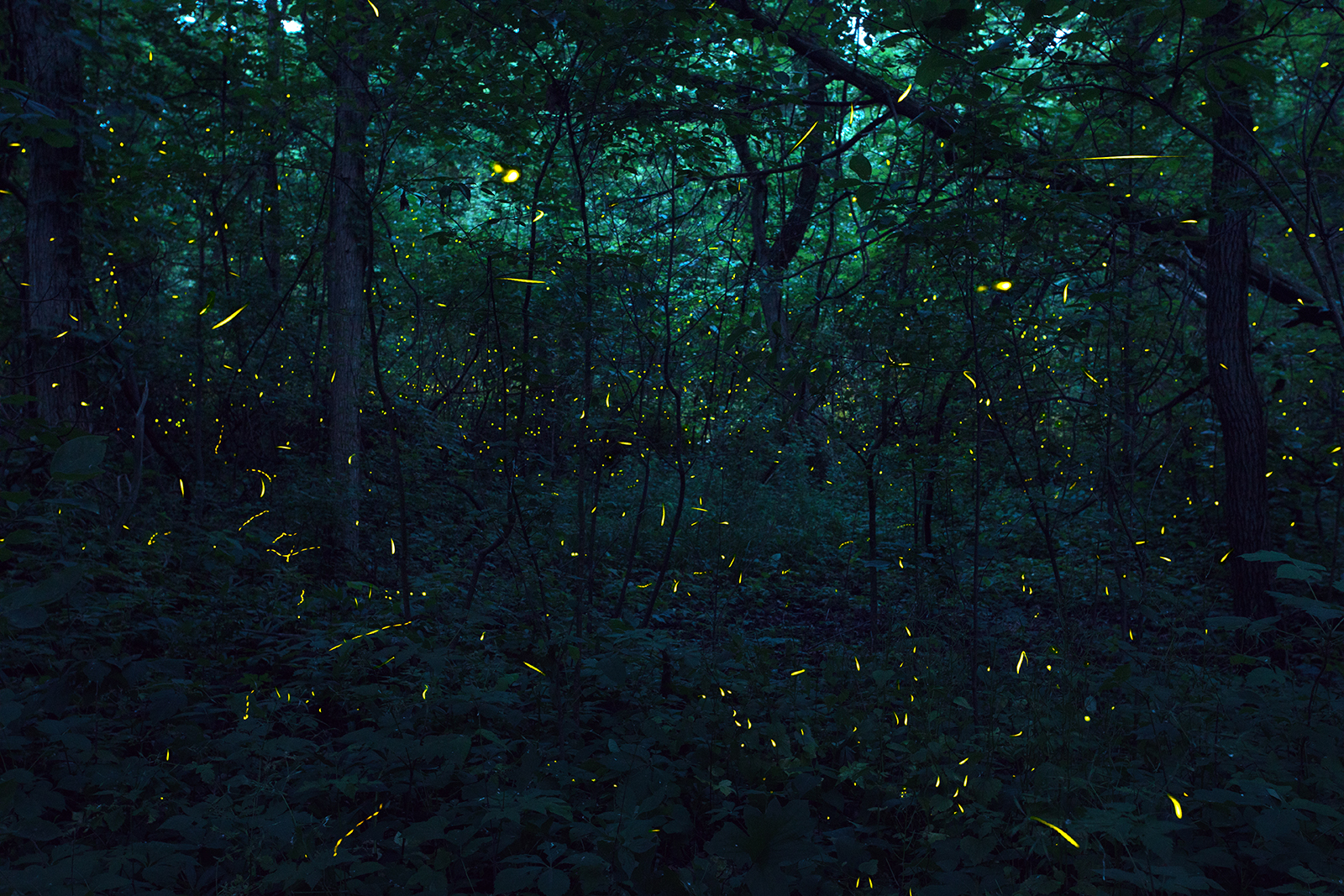 Point Pelee is designated as a dark sky preserve, and although the park usually closes before nightfall, one night every month (on the new moon), it remains open until midnight. On these nights, park visitors can enjoy stargazing — and watch the fireflies put on their own light show. (Photo: Zach Baranowski/Canadian Geographic) 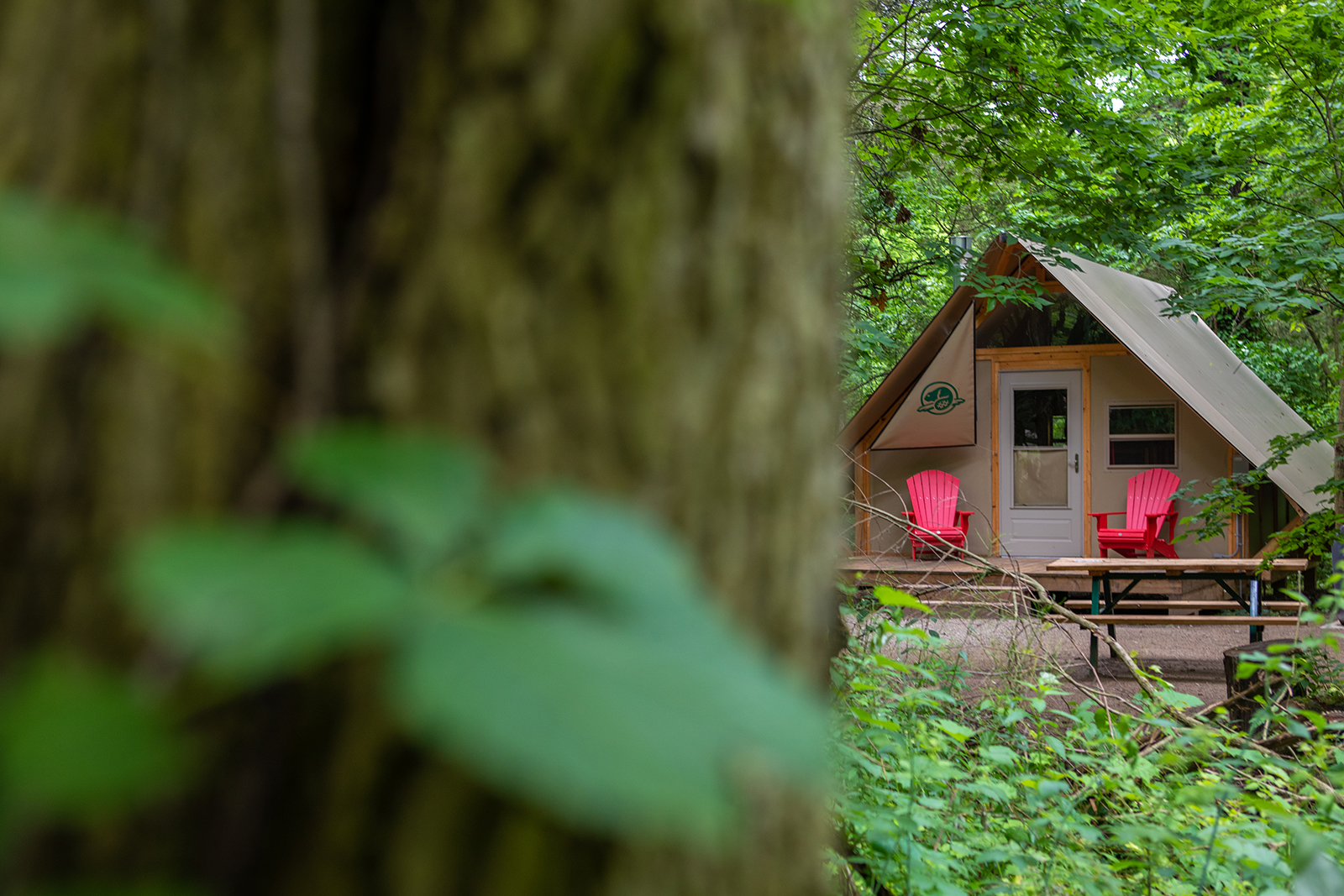 For 80 years, overnight camping in the park was prohibited to allow for the regeneration of Point Pelee’s sensitive ecosystems. However, in 2018, Parks Canada opened up reservations for 24 new oTENTiks, 20 of which will be available all year round, allowing visitors to fully immerse in the park. (Photo: Zach Baranowski/Canadian Geographic) 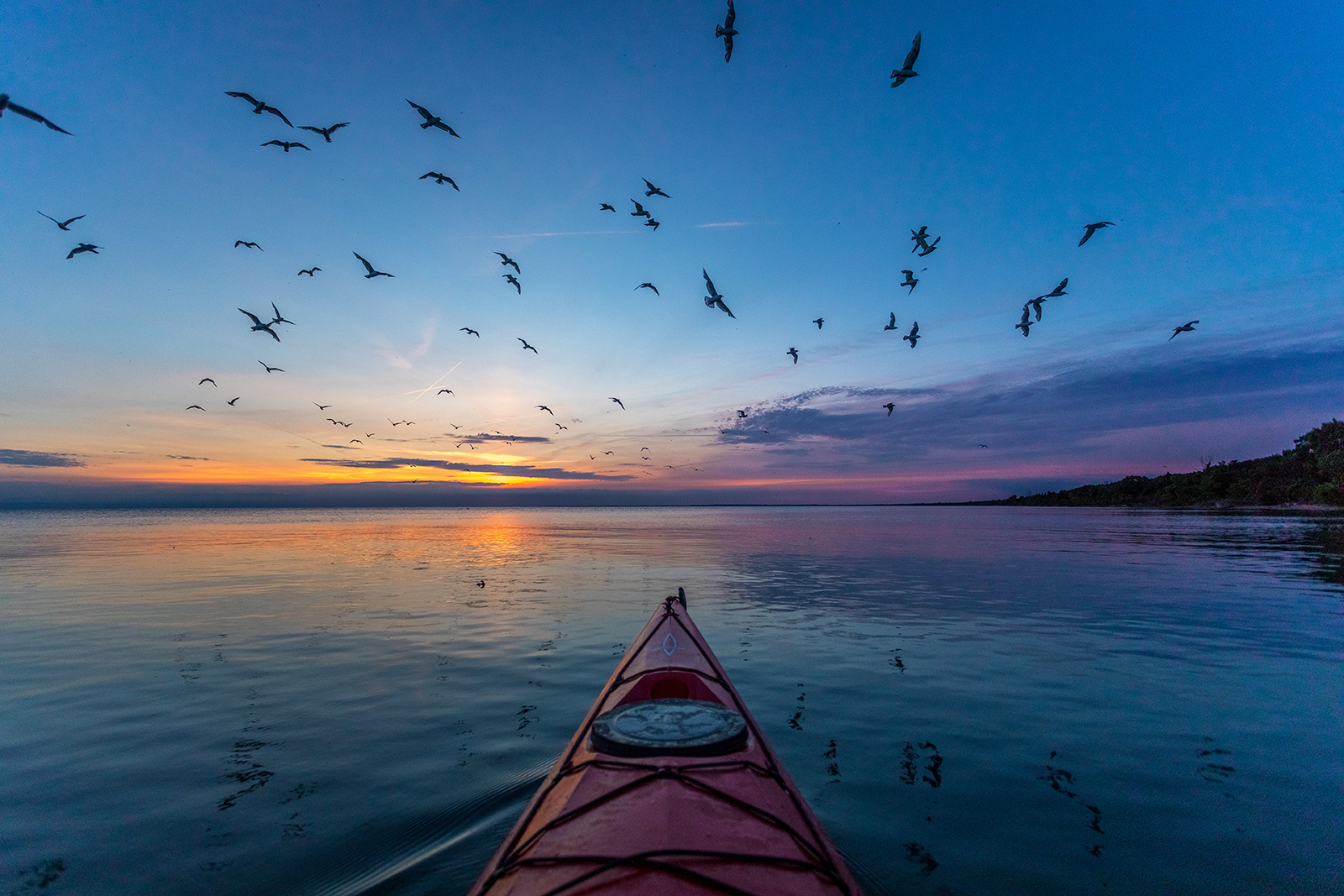 Another great way to explore the park is by boat. Bring your own canoe, kayak or paddleboard or rent one and explore the marshes that make up two thirds of the park. Or paddle along the shores of Lake Erie and look out for herons, birds of prey, and seabirds. (Photo: Zach Baranowski/Canadian Geographic) 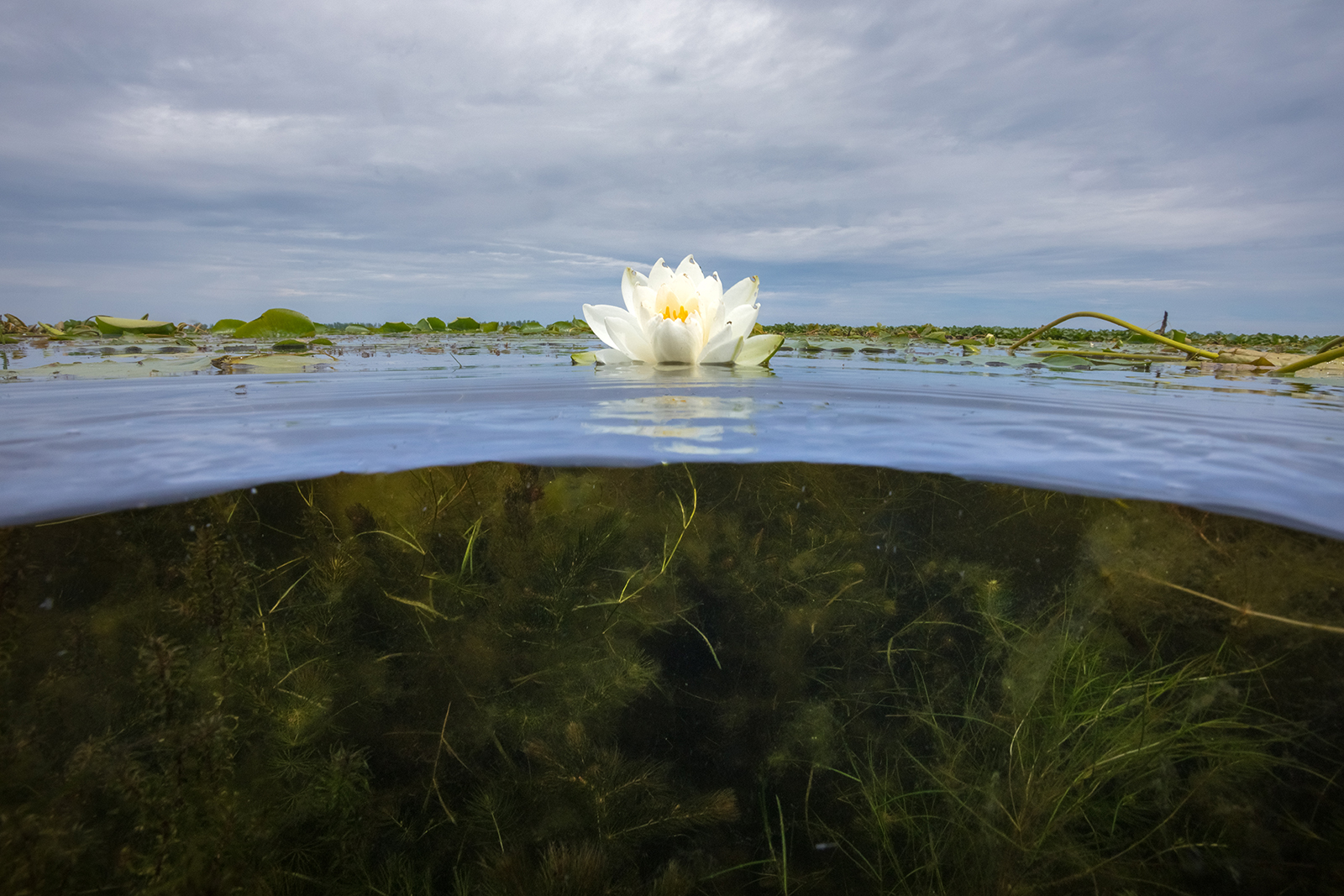 If self-powered exploration on the open water isn’t your thing, you can learn some paddling skills from an experienced guide, and explore the marsh on a freighter canoe while on the lookout for and learning about beavers, turtles, herons, and other wildlife hiding within the water lilies and cattails. (Photo: Zach Baranowski/Canadian Geographic)